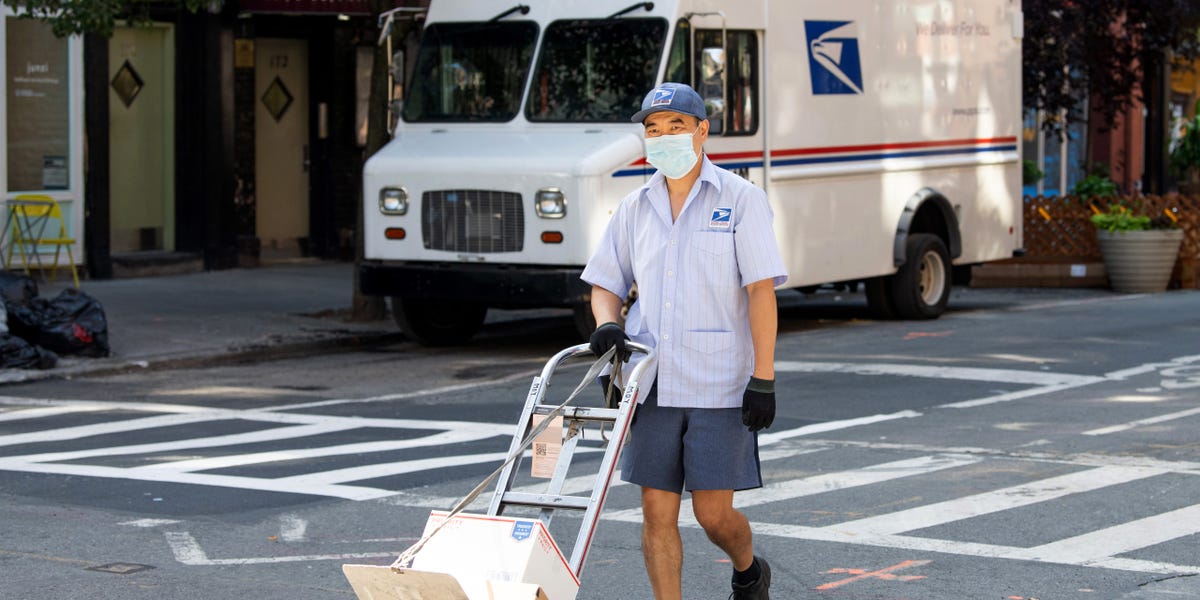 The House of Representatives on Saturday passed legislation to provide $25 billion in emergency funding to the US Postal Service that will also roll back some of the controversial cost-cutting measures implemented by Postmaster General Louis DeJoy.

The legislation passed 257 to 150 along party lines, with the support of members of the Democratic majority. Twenty-six Republicans voted in favor of it.

As The New York Times reported, Republican lawmakers had been satisfied with the postmaster general’s assertion earlier this week that he would postpone changes to the postal service until after the November election.

The Trump administration on Friday threatened to veto the legislation if it reached his desk, though it’s unlikely the legislation will even be considered by the Republican-majority Senate, led by Sen. Mitch McConnell of Kentucky.

“The Administration strongly opposes passage of H.R. 8015. Instead of reforming the United States Postal Service (USPS) to ensure its continued viability in the modern economy, H.R. 8015 would arbitrarily give USPS $25 billion in ’emergency’ taxpayer funding, without linking that funding to either the COVID-19 pandemic or the upcoming election,” a Friday statement from the Office of Management and Budget read.

The legislation, titled the “Delivering for America Act,” was introduced by Rep. Carolyn Maloney, the chairwoman of the House Oversight and Reform Committee. It would prohibit any changes to USPS until January 2021 and roll back existing changes to the already cash-strapped agency that have included the reduction of overtime for employees and the removal of mail sorting machines.

Democrats have expressed concerns that the measures, which were instituted by new Postmaster General Louis DeJoy, were instituted to hinder efforts to expand mail-in-ballots due to the coronavirus pandemic. The changes have already led to delays in mail delivery to some parts of the US,

“This is not a partisan issue,” Maloney, a New York Democrat, said prior to the Saturday session, according to The New York Times. “It makes absolutely no sense to impose these kinds of dangerous cuts in the middle of a pandemic and just months before the elections in November.”

The rare Saturday vote marked an early return to work for members of Congress from their annual summer recess. DeJoy in a Senate hearing on Friday broke with the president and said that USPS would be able to handle an influx of mail-in-ballots in November.

President Donald Trump and his allies for weeks have claimed that the postal service is inefficient and efforts to expand vote-by-mail due would lead to widespread voter fraud.

“We had some delays in the mail,” DeJoy said. “The change that I made was one to our schedule, one to our transportation schedule. I believe we will get at least a billion dollars of savings out of that moving forward, and this is the key connectivity to improving our service.”

While he admitted to delays, the House Oversight Committee also Saturday released an internal document from the USPS that Maloney said revealed “alarming nationwide delays” not previously disclosed by the postmaster general.

“I want to assure this committee that the Postal Service is fully capable and committed to delivering election mail securely and on time,” DeJoy said Friday. “That sacred duty is my number one priority between now and Election Day.”

Republican members of Congress accused Democrats of manufacturing the USPS controversy and have also expressed concerns over the timing of the Saturday vote, which took place days before DeJoy’s testimony before the House Oversight Committee scheduled for Monday.

“Unfortunately, I do not have a time machine to take me to Monday when the drafters of this bill will learn from the Postal Service itself whether their politically motivated crisis narrative is based in reality,” Rep. James Comer, the top Republican on the House Oversight Committee, said in testimony delivered Friday, The Hill previously reported.

‘Are you a member of the media?’: Leaked USPS memos tell employees not to speak to journalists in order to ‘protect its brand’‘

Trump attacked and misrepresented Democrats on Pledge of Allegiance