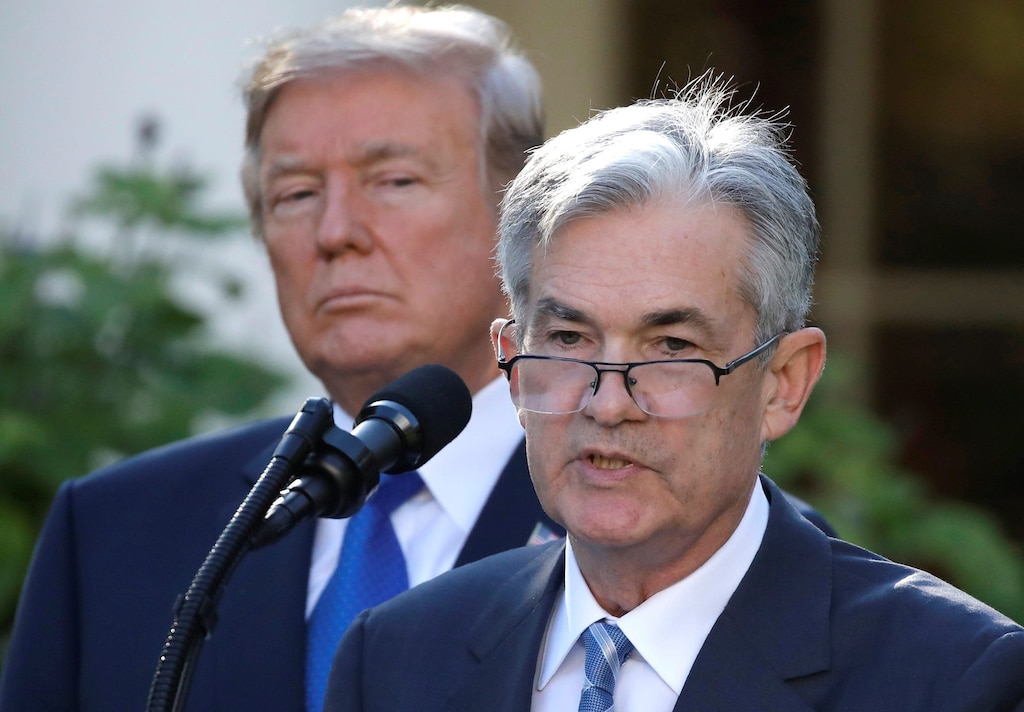 President Donald Trump lashed out at the Federal Reserve and its chairman, Jay Powell, in a tweetstorm early Wednesday as he sought to shift blame for growing recession concerns away from ongoing trade tensions.

“Doing great with China and other Trade Deals. The only problem we have is Jay Powell and the Fed,” the president wrote on Twitter. “He’s like a golfer who can’t putt, has no touch. Big U.S. growth if he does the right thing, BIG CUT – but don’t count on him! So far he has called it wrong, and only let us down….”

The White House has publicly pushed back against concerns about the economy, even after a key recession warning flashed for the first time since the global financial crisis last week.

But the Trump administration has appeared increasingly aware that the ongoing trade dispute with China, which has led to more than $350 billion worth of tariffs between the largest economies, could hurt the economy. A Morning Consult/POLITICO poll out Wednesday showed roughly half of Trump supporters would blame Trump at least in part for a recession.

In addition to its unprecedented pressure campaign for lower interest rates, the White House announced this week it would try to further juice the economy through tax cuts on payrolls or capital gains. Officials have also temporarily postponed a portion of planned tariffs that were set to take effect in September, acknowledging that the move could negatively affect the holiday shopping season.

The policy-setting Federal Open Market Committee, which operates independent from the White House, cited slower growth abroad and trade disputes as it lowered its benchmark interest rate by a quarter percentage point in late July. Trump quickly pushed for a further cut of up to a percentage point, a move that policymakers would typically only turn to during a severe downturn in the economy.

“…..We are competing with many countries that have a far lower interest rate, and we should be lower than them,” Trump said. “Yesterday, ‘highest Dollar in U.S.History.’ No inflation. Wake up Federal Reserve. Such growth potential, almost like never before!”

The Fed is scheduled to release minutes from its last meeting at 2 p.m.