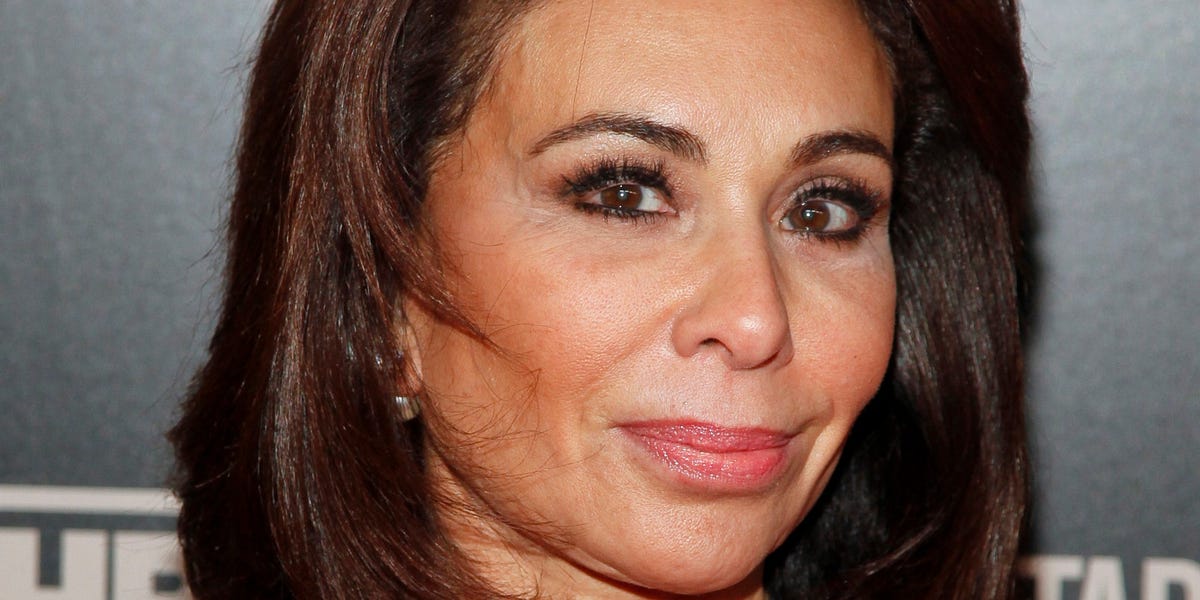 Fox News opinion host “Judge” Jeanine Pirro baselessly fueled a conspiracy theory that suggested “something’s” going to happen to presumptive Democratic presidential nominee Joe Biden, and that it would cause the former vice president to be removed from the ballot during the presidential election in November.

“For some reason, I just have this feeling that Joe Biden isn’t going to be on the ticket,” Pirro said during a Fox News segment on Wednesday.

“I have a sense that something’s going to happen before the election and he’s not even going to be on the ticket, so don’t even ask me if he’s going to make the four years,” she added.

As Pirro continued with her analysis on Sen. Kamala Harris, Biden’s running mate, Fox News commentator Jesse Watters could be heard in the background expressing caution.

Watters would later qualify her roughly three-minute monologue, saying at the end, “We certainly don’t hope that anything happens to Vice President Joe Biden anytime soon.”

Pirro appeared to allude to the ageist characterization made by President Donald Trump’s supporters against the former vice president. During the course of the 2020 campaign, Trump’s surrogates have launched a media blitz that suggests Biden, who is 77-years-old, is not physically or mentally fit to become the next president.

Biden is three years older than Trump, which would make him the oldest sitting president if elected. Sen. Bernie Sanders, who ran for the Democratic nomination before dropping out, is 78-years-old.

Pirro, a former district attorney and a longtime Fox News contributor, has faced criticism for her remarks in the past. In March 2019, she questioned Democratic Rep. Ilhan Omar of Minnesota’s allegiance to the country, due to her Islamic faith and her wearing of the hijab.

“Omar wears a hijab, which according to the Koran 33:59, tells women to cover so they won’t get molested. Is her adherence to this Islamic doctrine indicative of her adherence to sharia law, which in itself is antithetical to the United States Constitution,” Pirro said in a segment.

The remarks sparked fierce backlash, prompting her network to issue a statement: “We strongly condemn Jeanine Pirro’s comments about Rep. Ilhan Omar,” Fox News said in a statement at the time. “They do not reflect those of the network and we have addressed the matter with her directly.”

In recent months, the Trump campaign and his supporters have boosted numerous selectively-cut video clips of Biden stumbling over his speeches.

House Speaker Nancy Pelosi received similar treatment in May 2019, after Trump shared a video compilation that made the Democrat appear to profusely stammer during a press conference.

“PELOSI STAMMERS THROUGH NEWS CONFERENCE,'” Trump quipped in a caption to the tweeted video clip.

The Biden campaign did not immediately respond to a request for comment.