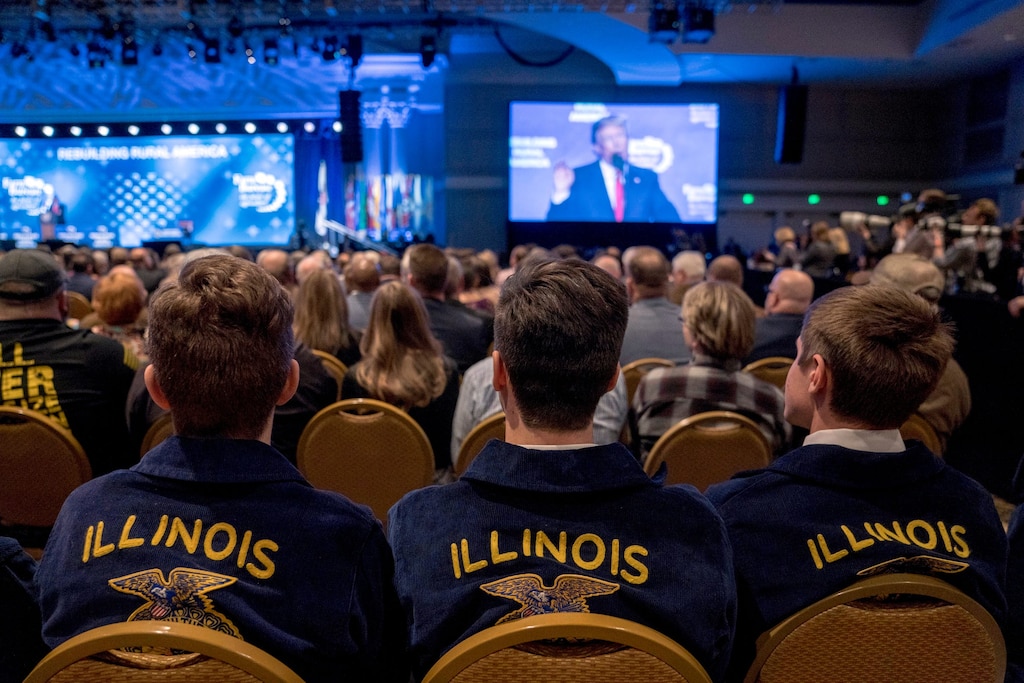 In July, Wisconsin soybean grower Brad Kremer told Sen. Ron Johnson he had lost tens of thousands of dollars as a result of tariffs.

But more than six months later, Kremer’s problems have only grown. Not only are tariffs still in place, but a partial shutdown of the federal government has complicated aid programs designed to help counter them.

“Everyone’s looking at it from a standpoint of, where can I make a little bit of money or lose the least amount?” he said. “With the government being shut down and with trade, it’s all hitting farmers at a historically bad time.”

The longest partial government shutdown on record was in its fourth week and counting on Wednesday as Trump and Congress remained in a logjam over the president’s long-promised wall along the southern border. Nine out of 15 federal agencies have been closed since December 22, affecting about 800,000 government workers and also putting the private sector in jeopardy.

Temporary closures within the Department of Agriculture have left some farmers without access to a $12 billion bailout package meant to compensate for losses from Trump’s trade wars, which have led to a spate of tariffs and triggered retaliation from major economies. Only those who had already applied and made it through administrative hurdles would receive payments during the shutdown, according to the department website.

For many like Kremer, a federal-aid check won’t be coming until the government reopens and is able to certify farm production totals for last year. Those still planning to register for the program will have to wait even longer for financial support, as applications pile up at empty Farm Service Agency offices.

The shutdown is also thwarting an agricultural program that allows farmers to receive low-interest credit from the government, according to Bill Gordon, a corn and soybean farmer in Minnesota. Usually with a Commodity Credit Corporation loan, farmers are able to use crops as collateral before sales and subsequent repayments.

“But what’s happening right now with the offices closed is you can’t get that paid back,” he said. “So, you’re struggling with how to market your grain.”

Adding to uncertainty, the amount of government data available to Americans has dwindled in recent weeks. The Department of Commerce said it would not publish closely watched economic figures during the impasse, putting information on business and agricultural conditions out of reach for farmers.

Without confirmation that countries are following through with apparent concessions, the lapse in economic releases has muddled the state of trade negotiations. Beijing said it has bought more American agricultural products following negotiations with Washington, for example, but US officials have not been available to verify that for nearly a month.

“With the government shutdown, we don’t have official confirmations of what and if they are buying,” said Rob Shaffer, a corn and soybean farmer in Illinois. “That’s one thing we are missing.”

‘Get the politics out of the way’

As the Washington Post reports, many farmers across the country remain supportive of Trump despite any hardships that might have emerged from his administration’s policies. A key part of his constituency, they have coalesced behind promises to force change to trade practices seen as unfair and to increase border security.

At the same time, there is mounting worry about whether conditions will improve before permanent damage is done to the sector. Trade delegations from the US and China have been laboring to reach a deal before a March 1 deadline, after which the Trump administration is set to more than double import tariffs from 10% to 25%.

“We’re starting to see the wheel turn very slowly in a positive direction, and that gives us hope,” Kremer said. “But certainly we cannot survive a year from now having this same conversation.”

For Gordon, pressuring China toward fair trade makes sense. But as about a fourth of the government remains shut down, he wishes focus in Washington would shift from politics to policy.

“We want to make money and to provide for our families,” he said. “And when the government intervenes in that — whether it’s a trade barrier or a shutdown — it causes heartache. It causes problems. That’s what it comes down to right now. Everybody is just asking to show up and do their jobs. Get the politics out of the way and make the right decisions.”

No signs of progress

On Wednesday, there were no signs of progress toward legislation that could reopen the government. Trump has considered calling a national emergency to fund his border wall, a move that could end the shutdown but that would almost certainly be challenged for potentially violating constitutional limits.

As economic consequences of the shutdown continue to grow across the country, Republicans could face an increasing amount of pressure. Most recent polls indicate Americans blame the president and his party for the shutdown more than they fault Democrats.

“My sense is Republicans in the House and Senate will put pressure on Trump to find a face-saving solution, which might be declaring an emergency,” Gregory Wawro, a political scientist at Columbia University, said in an email. “If he does that, it will get tied up in the courts and we can move on.”

The US and China are negotiating a trade war. But during the shutdown, Washington won’t reveal how much impact it’s had.

The warnings are getting starker: Trump’s government shutdown is becoming catastrophic for the economy

Government shutdown: Trump’s State of the Union ‘is off’