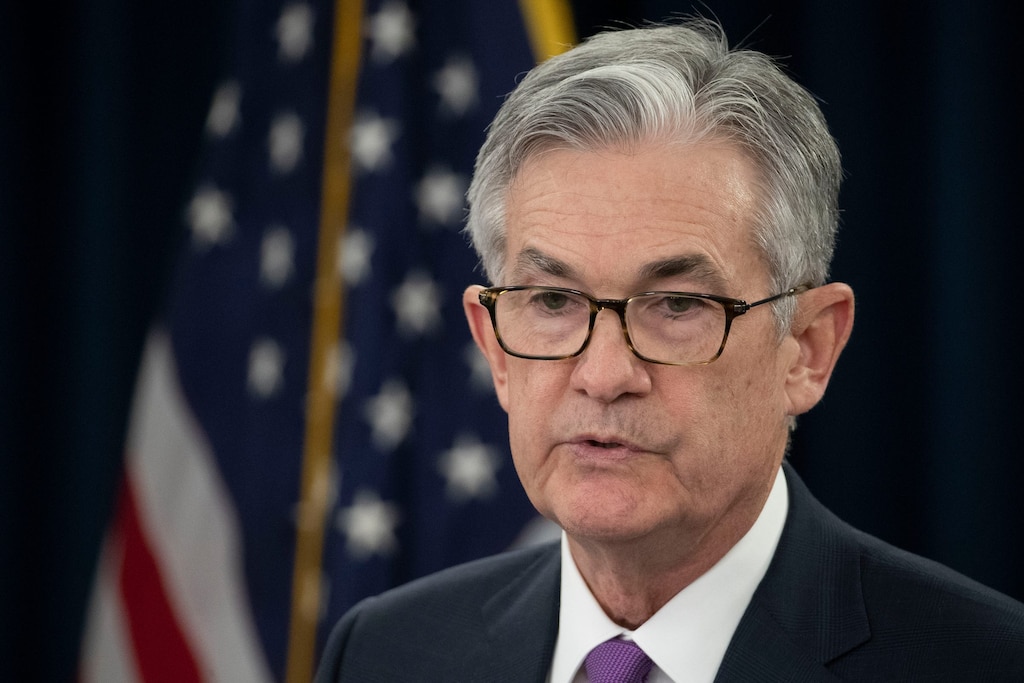 The outlook for the US economy remains solid but new strains have emerged over the last year, Federal Reserve Chairman Jerome Powell said Tuesday.

In prepared testimony delivered before the Senate Banking Committee, he said the central bank would be patient and monitor data before considering future policy adjustments.

“While we view current economic conditions as healthy and the economic outlook as favorable, over the past few months we have seen some crosscurrents and conflicting signals,” he said.

While the labor market remains robust, expectations for growth have dimmed since Powell last gave congressional testimony in July. On Tuesday, he cited stock-market turbulence at the end of 2018 and ongoing political risks.

“Financial markets became more volatile toward year-end, and financial conditions are now less supportive of growth than they were earlier last year,” Powell said. “And uncertainty is elevated around several unresolved government policy issues, including Brexit and ongoing trade negotiations.”

In January, the Federal Open Market Committee held interest rates steady and signaled it could be nearing the end of the latest tightening cycle. Officials dropped a reference to “further gradual increases” after bringing its benchmark interest rate to a target range of between 2.25% and 2.5% the month before.

“The Fed Chair remains relaxed about inflation, and signal led that the upturn in wage growth over the past year is no cause for concern,” Ian Shepherdson, chief economist at Pantheon Macroeconomics, said in an email.

Powell reiterated plans for the Fed to hold a larger balance sheet than previously expected, saying $1 trillion “plus a buffer” would be a starting point for banking reserves. In 2017, the central bank began reducing the $4 trillion portfolio of US Treasury debt and other assets it acquired following the financial crisis.

Powell also emphasized in his testimony a commitment to independence, saying the Fed would move forward “without concern for short-term political considerations.” That came after months of unprecedented criticism from President Donald Trump, who reportedly considered firing Powell last year.

“I haven’t seen anything that explicit in previous testimony,” said Ken Kuttner, a former staff economist at the Fed. “Surely this is a riposte to some of the pressure coming from the White House.”

Powell is scheduled to return to Capitol Hill on Wednesday to appear before the Democrat-controlled House Financial Services Committee.

Sanofi US drug prices and rebates breakdown for Congressional hearing

Congress is repeating a critical mistake of the 2008 financial crisis

Congress is repeating a critical mistake of the 2008 financial crisis