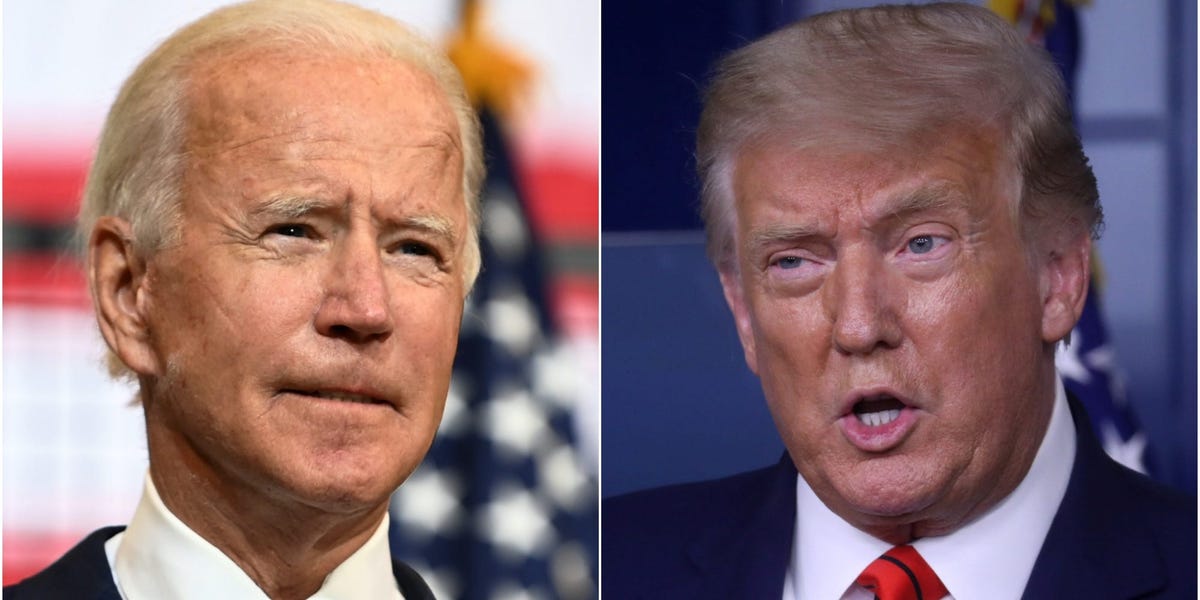 On Tuesday night, President Donald Trump and Democratic presidential candidate Joe Biden will face off in the first presidential debate ahead of the 2020 elections. After the debate ends, there will undoubtedly be buzz over who performed the best.

But what does it take to really come out on top in a debate? Business Insider consulted Samuel Nelson, professor at Cornell University and the director of its top-ranking debate team, to find out.

You’ll notice how, with some temperance, many of these debating skills can work on stage as well as in the boardroom.

Understand the elements of your argument

Nelson said even though it may sound basic, most people don’t realize what the elements of an argument are.

The components of your argument should then be delivered through the ancient Greek philosopher Aristotle’s elements of persuasion.

You need to convince your audience through ethos, credibility based on character; pathos, an appeal to emotion; and logos, logic. Keeping these in mind, Nelson also recommends that you persuade with the four steps outlined in “The Art of Woo” by G. Richard Shell and Mario Moussa:

“One of the things you look for in a good debate is clash,” Nelson said, but this doesn’t mean that successful debaters should be foaming at the mouth when they’re challenged. It’s why Nelson gave his debate team the mantra: “Don’t raise your voice/Improve your argument.”

Debaters, especially in the world of politics, can be firebrands in the sense that they win support by expressing their passion about certain subjects. But they can’t win an argument if they let their opponent drive them to emotional outbursts that knock them off their messaging.

Nelson said one of the best debaters in American politics was President Ronald Reagan, who maintained a cool demeanor even in the face of vicious attacks. Nelson tells his students that strictly focusing on the elements of their argument will help them stay focused when a debate heats up.

Identify rather than ignore personal attacks

On that note, there’s always the chance that your opponent attacks your character rather than just your argument.

In everyday life, taking the high road may be ignoring a rude insult and moving on with your day; not in a debate, Nelson said. He tells his students to “beat the personal attack; don’t ignore it.”

In a presidential debate, for example, a candidate may accuse the other of being a terrible governor. Rather than either say why the opponent is a terrible senator or pretend like it didn’t register, the candidate would do best by first repeating the insult, giving a brief explanation of why it was incorrect, and then transition into one of his or her key talking points.

An audience may be entertained by a personal retaliation, but they’ll be truly impressed by a classy reply.

Pivot to strengths when given an opportunity

One of the most frustrating things about politicians is the way they can avoid answering questions by repeating a message they’ve already repeated many times before.

To avoid sounding like a robot (or a jerk), you should address any secondary question or challenge and finesse your response back to one of your fundamental points that you want your audience to remember.

One of the final messages Nelson gives to everyone he’s coaching is, “Don’t make a gaffe,” which basically means, “Don’t say anything stupid.” The way he gets them from making fools of themselves is by reminding them of who they’re speaking for.

“At the very least, Trump represents his brand,” Nelson said.

You don’t want to be in a situation where you’re embarrassing the people you represent, Nelson said, and “if you remember this, you can stay on track.”