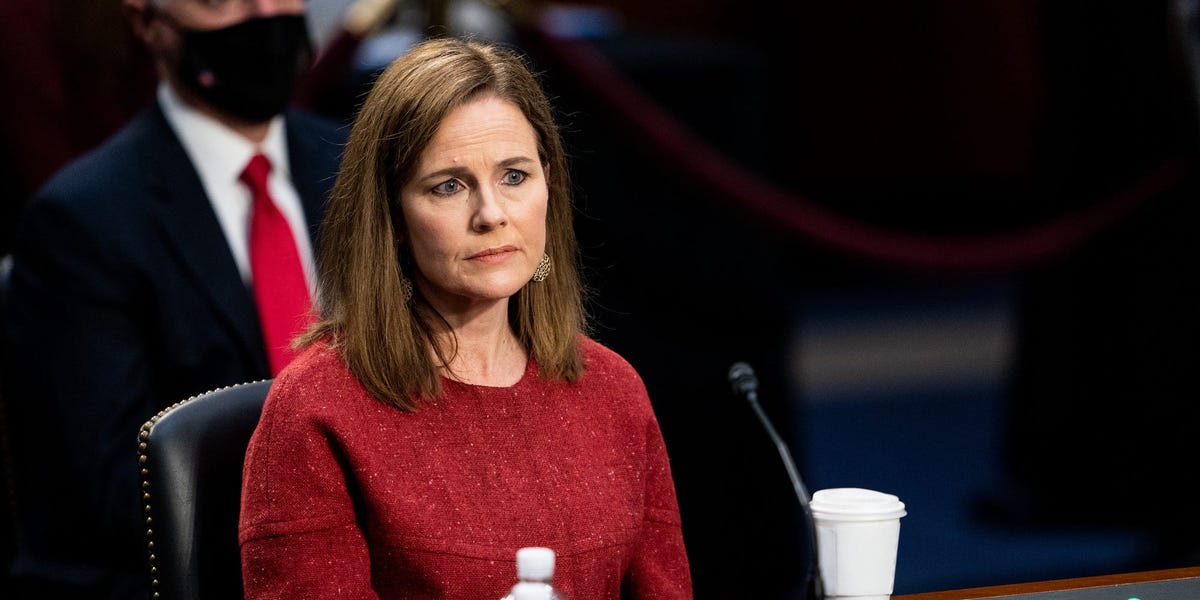 Supreme Court nominee Amy Coney Barrett on Tuesday declined to answer an array of questions on where she stands on vital issues, ranging from abortion and same-sex marriage to litigation on the Affordable Care Act and the 2020 election.

Barrett cited the late Supreme Court Justice Ruth Bader Ginsburg in justifying why she would not answer certain questions from senators.

“Justice Ginsburg with her characteristic pithiness used this to describe how a nominee should comport herself at a hearing. No hints, no previews, no forecasts. That had been the practice of nominees before her. But everybody calls it the Ginsburg rule because she stated it so concisely,” Barrett said.

The so-called “Ginsburg rule” is derived from a statement Ginsburg made during her confirmation hearings 27 years ago, during which she said: “A judge sworn to decide impartially can offer no forecasts, no hints for that would show not only disregard for the specifics of the particular case, it would display disdain for the entire judicial process.”

But Ginsburg actually offered her views on an array of contentious topics during her confirmation process, and legal scholars say the “Ginsburg rule” not a valid excuse for Supreme Court nominees to avoid answering questions on important issues.

Law professors Lori Ringhand and Paul M. Collins Jr. in a 2018 op-ed for the Washington Post wrote that the “‘Ginsburg rule’ is a misnomer.”

“Ginsburg did avoid responding to some questions in her hearing, but she also, in fact, answered others substantively. Judicial nominees have done this for decades, but it’s only recently that nominees have abused this rule’ to avoid answering questions in any meaningful way,” Ringhand and Collins wrote.

Ginsburg, for example, explicitly offered her views on abortion during her 1993 confirmation hearings.

“The decision whether or not to bear a child is central to a woman’s life, to her well-being and dignity. It is a decision she must make for herself. When Government controls that decision for her, she is being treated as less than a fully adult human responsible for her own choices,” Ginsburg said at the time. During her confirmation hearings, Ginsburg also affirmed the landmark Roe v. Wade decision as well as a later decision that upheld it, Planned Parenthood v. Casey.

Comparatively, Barrett would not answer on Tuesday when Democratic Sen. Dianne Feinstein asked if she agreed with her mentor, the late Supreme Court Justice Antonin Scalia, that Roe v. Wade was wrongly decided.

“I can’t express views on cases or pre-commit,” Barrett said in response.

Amy Coney Barrett says being LGBTQ is a ‘sexual preference’