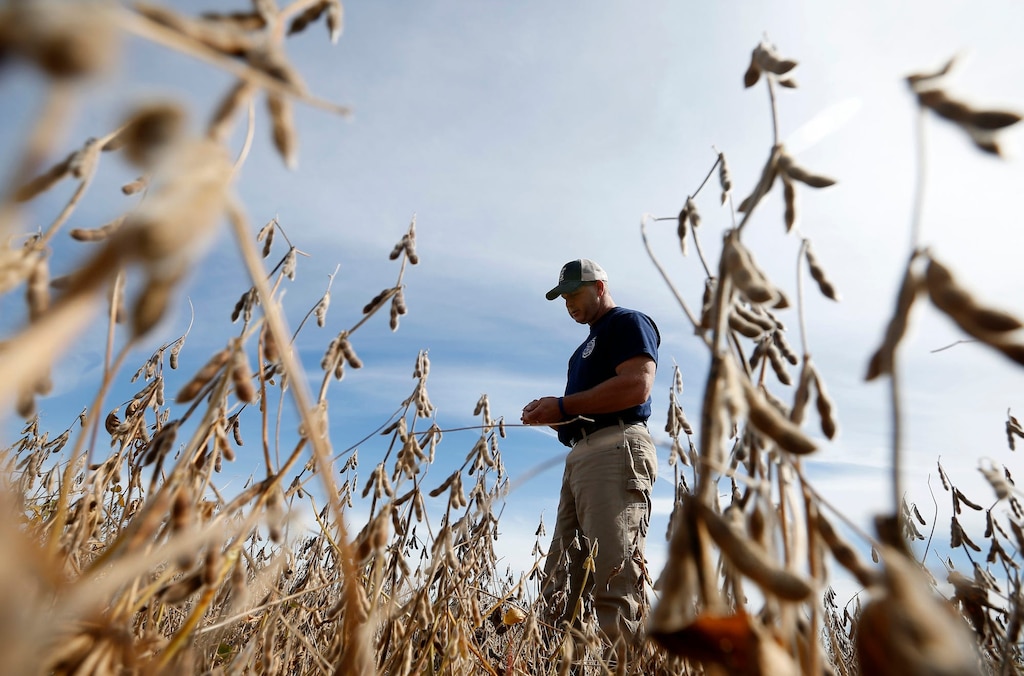 American farmers are facing the most debt in decades.

Debt among farmers in the US has jumped to $409 billion, Agriculture Secretary Sonny Perdue said Wednesday. That’s up from $385 billion a year earlier and is at levels last seen during the farming crisis in the 1980s.

The agricultural sector has come under pressure in recent years amid sinking commodity prices and climbing production costs. Reuters first reported on the farm debt levels.

“As producers are not able to cover year to year expenses with operating loans, they are forced into transforming operating loans into term debt which erodes their creditworthiness,” said Luis Ribera, an agricultural economist at Texas A&M University.

“On top of all that then we have the trade war which reduces the demand of US commodities given that tariffs make them more expensive and the depress the prices even more.”

US Department of Agriculture chief economist Robert Johansson predicted that farm exports would fall by $1.9 billion this year, citing the ongoing trade war between Washington and Beijing.

China had largely paused purchases of many American agricultural goods in 2018 after officials levied tariffs on them to retaliate against the Trump administration. While the country has since vowed to resume those shipments, steep tariffs remain in place.

As part of an aid program designed to counter financial losses related to the trade war, the USDA has administered nearly $8 billion worth of support payments to farmers.

Perdue said land values have kept debt-to-asset levels historically low at 13.5%. But as farm earnings fall, that poses its own risks.

“We haven’t seen land values come down in relation to incomes,” according to Chad Hart, a crop specialist at Iowa State University. “The concern is that we will continue to see conditions erode.”

Meanwhile, farm bankruptcies across the country are on the rise. The Wall Street Journal reported this month that Midwestern farms have been filing for bankruptcy protection at rates not seen in a decade.

In November, the Federal Reserve Bank of Minneapolis said in an analysis of Chapter 12 bankruptcies that low commodity prices have been compounded by tariffs.