Here’s the best spoiler-free description I can give you of Serenity: It’s Matthew McConaughey starring in a Nicolas Cage movie. Not a normal one either. We’re talking about one of those weird cult favorites, like The Wicker Man or 2018’s Mandy.

This isn’t a review of Serenity, nor is it any kind of critical look at the movie (though some of that might seep in since it’s hard to talk about Serenity without explaining how it lands). If you’re reading these words right now, it’s because you want to know what the big deal is with this bonkers assemblage of film frames. I’m going to tell you.

Here’s your one and only spoiler warning. I will say: Serenity probably shines the brightest when you see it spoiler-free. But I also understand that some people would rather know. So past this point, the resplendent absurdity of Serenity will be on naked display in all its terrible glory.

Where to start? The movie bares its deeply weird tendencies slowly, so I’ll do the same. Serenity is about an obsessed fisherman with an implausible name, Baker Dill (McConaughey). Baker is a longtime resident of Plymouth, a Florida Keys fishing island that’s more Maui than Martha’s Vineyard (but everyone’s poor). He’s also a man on a mission.

He’s after Justice. Not the concept, mind you; there’s a giant tuna of legend in the waters around Plymouth and Baker calls it Justice. He’s gotten close to nabbing the giant fish before, but it continues to elude him.

Serenity probably shines the brightest when you see it spoiler-free.

It’s a real problem for Baker. He’s consumed by his desire to get the fish. He makes his money taking tourists out on fishing cruises, but he’s prone to violence whenever Justice shows up. The first time we meet Baker he’s on one such cruise, and when Justice shows itself he straight up pulls a knife on his paying passengers to keep them off the fishing pole.

Baker’s obsession is such that everyone in the Plymouth community seems to know about it. Even the morning radio DJ’s sign-off seems to be directed at Baker specifically: “Go get that fish.”

Very early on in Serenity, a “not all is as it seems” vibe sets in. The very first shot isn’t of Baker on his boat or anyone in Plymouth as far as we can tell. Instead, we see an overhead shot of young boy lying on his back. It’s only when the camera zooms in tight on one of his eyes that the waters around Plymouth appear, reflected back in his iris.

Right out of the gate, Serenity strongly implies that the whole story is a fabrication. Who is the boy? Why is Plymouth in his head? Are we dreaming?

The next hour or so of movie reinforces that not-quite-right vibe in all sorts of ways. The camera settles into odd positions now and again, or it jerks suddenly in one direction or another. There’s a slight, bespectacled man in suit constantly pursuing Baker, and constantly missing him by tens of seconds.

We even get a few cutaways to the same kid we saw in the first frame, sitting at a computer and typing away. He’s seemingly connected to Baker, too. At one point, the fisherman knocks over a cup of water and swirls his hand through the small puddle. At the exact same moment, the unnamed boy is doing the same thing with a pool of water on his own desk.

Everything really starts to turn sideways, however, when Karen (Anne Hathaway) shows up. Baker’s ex-wife appears out of nowhere, wearing a glamorous white dress and a worried pout. She’s out of place in Plymouth’s little fishing village, but she also feels off somehow. As if she’s maybe not quite there, or quite real?

Through Karen we learn that Baker is a father. Their son Patrick still lives with his mom and her new husband, an abusive, criminally connected cretin Frank (Jason Clarke). Karen came to Plymouth to ask for help: she wants to get Frank, himself an amateur fisherman, out on a boat so Baker can kill him. She’ll pay $10 million for the dirty deed.

We also learn that Patrick is somehow the motivation for Baker’s quest for Justice (remember: fish, not concept). They’re linked telepathically it seems. So the kid we keep seeing, furiously tapping away at his keyboard as the camera cuts between him and Baker, that’s Patrick. It’s gotta be Patrick.

Things keep getting weirder! The glasses guy that’s been chasing Baker finally catches up with him, by waiting outside his ramshackle home in the pouring rain until 2:30 a.m., a totally normal and not-disturbing thing for a person to do. Baker is thrown at first, but he ends up inviting the man — he’s Reid Miller, a sales guy for a big fishing company — inside to make his pitch.

Protip: inviting strangers into your home at 2:30 a.m. on a dark and stormy night is more bad idea than good.

Reid has a gift for Baker. A fish-detecting machine of some kind. If Baker brings the doodad onto his boat and plugs it in, he’ll surely catch Justice on his next cruise. There’s no charge and no strings; the fish detector is a new product and Baker’s been selected to test it. That’s what Reid tells him, anyway. The guy seems harmless. But it’s also clear he’s hiding something.

This is where we reach the breaking point. I’ve said everything I can without spoiling the big twist, and I’ve also given all the information you need to truly understand and appreciate that twist. I could’ve started with that, but it means nothing unless you understand the story up to the Big Reveal.

Are you ready? Here it is: Plymouth, Baker, Justice, Reid, Karen, Frank, even Patrick… none of them actually exist. The entire fishing village side of Serenity is a fabrication. Everyone living there? Also not real. They’re all virtual creations dreamed up by the unnamed computer boy.

Confused? Here, I’ll make it a little clearer: Plymouth is the setting for a video game.

The unnamed boy is the only real person we see for the entirety of Serenity. He’s a computer whiz with an abusive step-dad, and he escapes from the horrors of his daily life by pouring himself into his virtual creation.

Baker isn’t anyone’s actual dad, but he’s conceived as a sort of fatherly ideal-slash-angel of vengeance. Plymouth wasn’t built to be a violent video game setting. But the IRL dad’s abuses get so bad that the boy builds this whole murder plot into the game. He sends Baker off on this quest to kill a shitty step-dad as a way to stop himself from committing the real deed, in real life.

The game doesn’t understand this, however. Plymouth was built as a non-violent setting. So the growing signs of weirdness in Plymouth — from Reid’s arrival to pushy members of the community getting all up in Baker’s private affairs — are actually the game pressing back. It wants Baker to stick to his established script: getting that fish.

Baker ultimately becomes self-aware and convinces the program that his new mission is to kill Frank (sort of). That in turn prompts the boy (the IRL one) to grab a knife and go stab his shitty step-dad to death. He’s caught, of course, but our last sight in the movie is of him smiling as he imagines himself (or maybe Patrick?) written into the game.

I honestly don’t know what we’re supposed to take from any of this. The story is scattered and marked throughout by uneven pacing. Any themes it’s trying to get across are undermined by the nagging feeling that Serenity isn’t even sure of the story it’s telling.

But we’re not here to understand the intent of Serenity, just the reality of it. And that reality, in summation: Serenity is the strangest of movies, built around an oddly disjointed story which hinges on a twist that just barely makes sense.

It’s also a magical time at the movies and I truly hope everyone sees it. 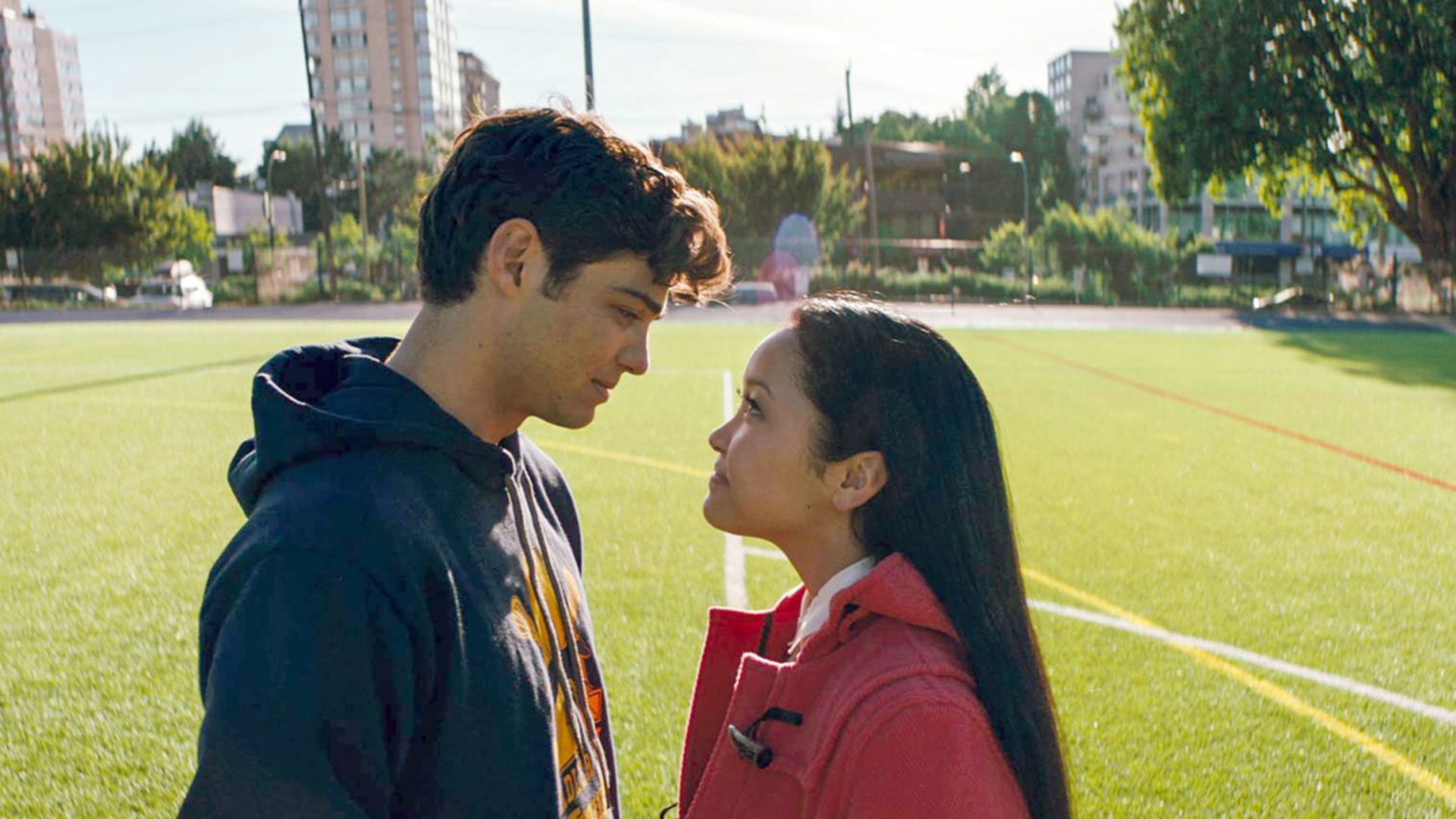 Everything coming to Amazon Prime Video in February 2019