Civilization has finally come to Deadwood, but nothing’s really changed. That’s the idea.

We finally have a proper ending to HBO’s most criminally abandoned series, that great unfinished symphony of dusty, dirty Wild West poetry and creative profanity from creator David Milch. But to really understand what this new two-hour movie means in the bigger picture, it’s helpful to look back at where it all started.

The show’s opening moments are among the few set far outside the boundaries of the titular camp. Here we meet Seth Bullock (Timothy Olyphant), a Montana lawman who, with his pal Sol Star (John Hawkes), is preparing to up and move to lawless Deadwood for a fresh start as hardware store salesmen.

First, though, there’s the pesky matter of an incarcerated horse wrangler to be dealt with. Staring down an armed, aggrieved posse that’s out for blood, Bullock metes out punishment — death by hanging — on the spot as the lawfully appointed sheriff. No trial, no jury, just a quick, violent act to appease but not feed an angry mob. Nice and civilized.

Deadwood, the show, is largely about the unrelenting forward march of progress. We watch as gold, the promise of wealth, brings more to the camp: more people, more technology, more commerce, more bureaucratic structure. Looking back on that opening scene now, it’s as clear as ever that Milch was asking us to consider if getting civilized actually means anything.

Deadwood: The Movie lets that stand as an open question. The story centers primarily on the unresolved matter of George Hearst (Gerald McRaney) and his lingering grudge against pillars of the Deadwood community, namely Bullock and Gem Saloon proprietor/behind-the-scenes string-puller Al Swearengen (Ian McShane).

You might remember the story-shaking event that occurred at the end of Season 3: Al’s friend and former whore Trixie (Paula Malcolmson) bushwhacked Hearst in his home and left a derringer bullet in his shoulder. Hearst demanded satisfaction and Al, unwilling to deliver Trixie to the robber baron, took it upon himself to slit the throat of another flaxen-haired woman who worked at the Gem. Hearst bought the ruse and, by the end of the finale, left Deadwood to pursue new mining opportunities.

The movie picks up more than a decade later. South Dakota is about to join the United States and Hearst is a Senator. He’s returned to Deadwood for the town’s statehood celebration, but the past is still there waiting for him. Hearst is quickly served a harsh reminder of how things went during his previous stay in Deadwood and his lust for revenge returns.

The tension between Hearst on one side and Bullock, Swearengen, Trixie, and their various supporters on the other, drives the main plot in Deadwood: The Movie. Make no mistake: This is about closure. The show was always centered on Al and Bullock, and their relationship to the camp. Deadwood ended prematurely and Deadwood: The Movie gives us the ends of their stories.

The Al Swearengen of 1889 is a shadow of his former self, but that’s the whole point.

The performances from that core crew are as you’d expect. McShane always portrayed Swearengen as an energetic yet hard-living tough guy with a soft heart. Now, 10 years later, the fighting spirit is still there but the vessel that contains it is older and ailing. The Al of 1889 is a shadow of his former self in many ways, but that’s the whole point. Time catches up with us all.

Bullock is still the same no-nonsense straight man he always was. Olyphant’s hair is grayer and his impressive whiskers are thicker than before, but he’s every bit the hard-nosed town sheriff he was destined to become when he first arrived in the camp.

As it was on the show, the scenes with Bullock’s family — featuring Anna Gunn as Martha Bullock — feel strained. There are more kids in the picture now, but Seth is no family man and never has been. It worked on the show because of his lusty affair with Alma predating Martha’s arrival, and the tension that created when she arrived, but now we get to see: That’s just who Bullock is.

Hearst is still little more than a looming, under-characterized villain. While the name “Hearst” loomed large for multiple seasons on Deadwood, McRaney himself was a late arrival. His antagonistic presence defined the show’s final arc, but as a character Hearst always felt more like a harbinger of civilization’s relentless approach than he did a fleshed-out person.

That hasn’t really changed. It’s one of the movie’s bigger stumbles, hinging so much of the dramatic tension on Hearst’s sudden realization that Al duped him all those years ago. The vengeful acts that follow aren’t out of character for the relatively one-dimensional being that is Deadwood‘s George Hearst, but the thing that incites them stretches believability.

The rest of Deadwood‘s colorful cast aligns around the central conflict between these three characters. Most everyone you remember who’s still alive gets a “take your bow” moment, with varying degrees of impact on the story.

Charlie Utter (Dayton Callie) is still the cantankerous grump and ride-or-die Bullock ally who runs Deadwood’s freight company. He and “The [N-word] General” Samuel Fields (Franklyn Ajaye) both have critical roles to play in disrupting Hearst’s plans for Deadwood. Brad Dourif is also back as the crotchety Doc Cochran — he somehow survived another decade after being marked a “lunger” by the end of the series. He’s woefully underused though; while still a great character, there’s not much of a role for him to play in this story.

“Calamity” Jane Canary (Robin Weigert) gets the most attention, in a subplot involving her budding connection with Joanie Stubbs (Kim Dickens) that was left hanging when the show ended. The pair’s chemistry made for some of the third season’s best moments back in 2006 and their unexpected reunion still sizzles today.

Deadwood: The Movie is as fitting a send-off as a fan could hope for 13 years later.

We might have had more time to spend with these (and other) characters, if not for the halting pace. Deadwood: The Movie frequently pauses to deliver a flashback from the series. These moments are brief and almost certainly aimed at helping an audience of possibly lapsed fans remember. But they mess with the flow, and take up precious time that would be better spent on seeing these long-absent characters as they are now.

It’s especially disappointing because this was always a show that expected viewers to just keep up with the dizzying patter of its dialogue. The movie could have done a better job of embracing that same philosophy.

Deadwood: The Movie is as fitting a send-off as a fan could hope for 13 years later. The flowing, often downright poetic dialogue still rolls off the screen and into your ears like beautifully profane music. If the series stands as Milch’s great unfinished symphony, this movie — which is really more of an extended epilogue episode — is his coda.

But isn’t that what we all wanted? When we left Deadwood in 2006, it was an active story that seemed miles away from any sort of conclusion. The camp was getting more civilized, but the overarching premise — going all the way back to the premiere’s opening scene — seemed to suggest that bringing law to a lawless place doesn’t stop humans from following their instincts.

Deadwood: The Movie puts a period on that idea. Yes. People are people. They may get older, their life situations may change, their hair may gray. But a bastard stays a bastard and a noble soul stays noble.

When we met Sheriff Bullock of Montana, he was keeping watch on a lawfully arrested prisoner. And when we say goodbye forever to Sheriff Bullock of South Dakota, we realize that for all the brutal realities of his life in Deadwood, his song — like everyone else’s, really — remains the same. 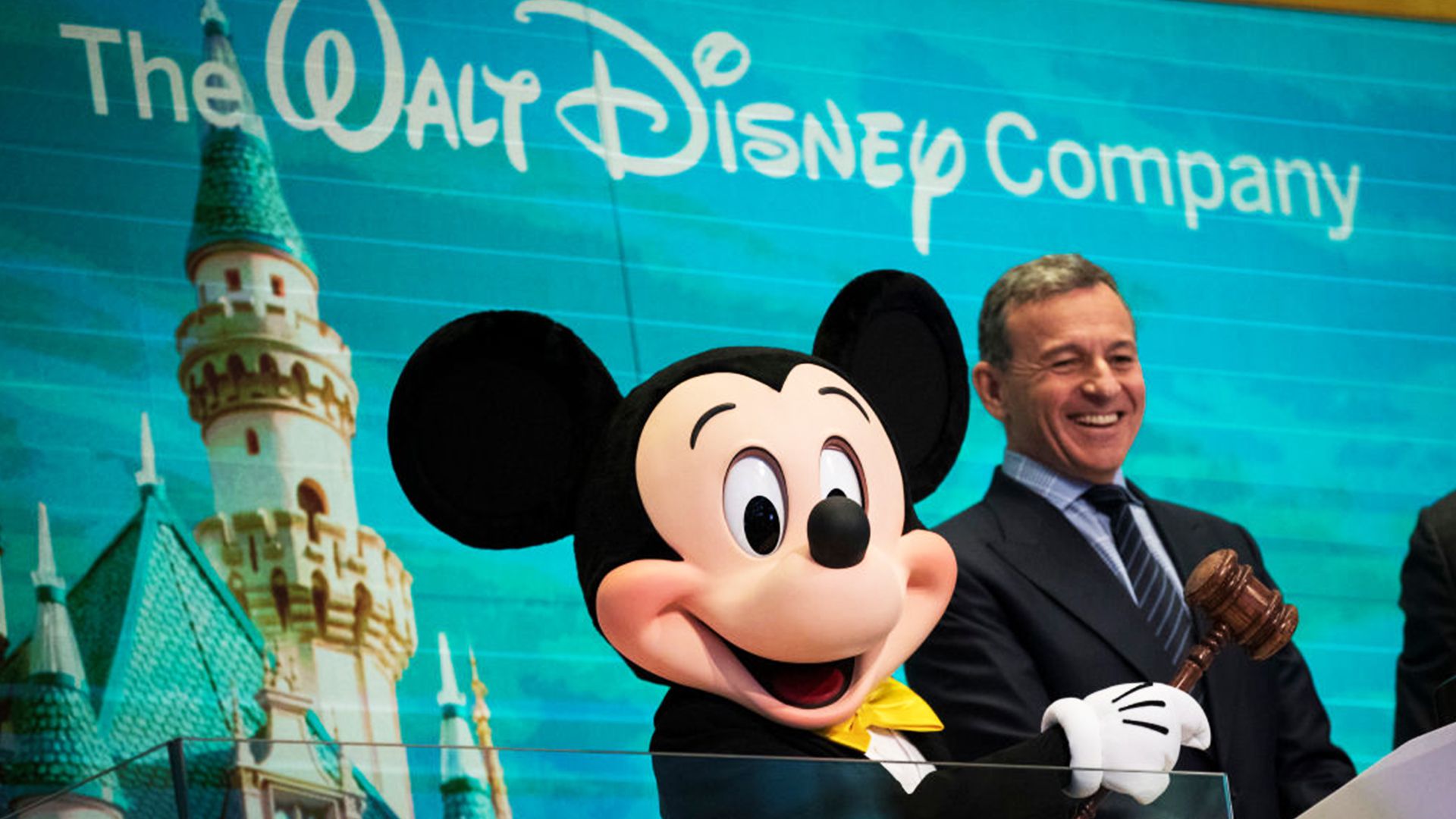