Love it or hate it, the “live-action” remake of Disney’s The Lion King has been an event.

With a record-breaking projected $531 million opening weekend and a cast so star-studded even the royal family stopped by to shake hands, Jon Favreau’s blockbuster tribute to the 1994 original film has garnered a lot of press. And a huge chunk of it has centered firmly around the almighty holy queen-goddess that is Beyoncé Knowles-Carter —  aka the voice of Nala, and star of the film’s chart-climbing soundtrack.

In honor of The Lion King‘s roaring first weekend, we’ve meticulously gone back through the dozens of pre-release interviews to record cast members’ varying descriptions of meeting and working with Queen B, and rank them based on their sheer joy.

Note: Unfortunately, we were unable to hunt down descriptions from Chiwetel Ejiofor (Scar), James Earl Jones (Mufasa), John Kani (Rafiki), and Florence Kasumba (Shenzi). If you have knowledge of these interactions, feel free to report directly to our Beyoncé-Meets-The-Lion-King-Cast tip line.

The voice of Kamari, one of 2019 Pride Rock’s hyenas, Keegan-Michael Key stopped by The Tonight Show with Jimmy Fallon in mid-June to offer up his feelings on the upcoming Lion King press tour.

“I’m not looking forward to the press for this movie, because you’re just going to be on the carpet and then they’re just gonna go, ‘So Lion King? Beyoncé?!?!'”

The fact that Key does not describe any of his Beyoncé-centric interactions almost disqualified him from ranking, but we get his point. Not to mention, his spot-on early call on this particular never-ending line of questioning still earned him a spot on this list.

Eric André, the voice of Aziz the hyena, similarly had not met Queen B when interviewed about her on the Lion King premiere red carpet in Los Angeles — but his description of the very possibility of making contact with her is so enthusiastic it has to make the list.

When asked if there were any members of the cast he was excited to meet that night, André retorted, “Oh, I think we all know the answer. It rhymes with Deyoncé.”

André goes on to describe his fear that he might blow his one chance to talk to her, saying, “I’m scared of her. I feel like she’s just going to float by, and like birds are going to land on her shoulders.” Correct!

In an interview with Stephen Colbert, John Oliver, the voice of Zazu, recalls posing for The Lion King cast photo — one many have speculated Beyoncé had to be photoshopped into due to scheduling conflicts.

The charming host of Last Week Tonight confirmed those rumors to be true, stating that while she was not there, the very sight of the pop icon’s name on a piece of set tape left him starstruck.

“I looked down and there was just this piece of tape with Beyoncé’s name written on it,” Oliver said. “It was like an electrical reaction, just going ‘Oh, shit!’ Just the future presence of Beyoncé! I look so intimidated.”

It’s unclear whether Oliver eventually got to meet Beyoncé, but it is our sincere hope that he did.

Sitting down with Vulture following The Lion King premiere, Billy Eichner (aka the voice of Timon) described his and co-star Seth Rogen’s first meeting with Beyoncé from the night before.

“We were backstage before they announced the cast, and Seth and I were the first to arrive, and the next to arrive happened to be Beyoncé and Jay-Z,” Eichner recounts.

“Seth and I were very shy and didn’t know whether we were allowed to approach her, or whether she wanted to talk to us. But she came right up to us and introduced herself — not that she needed to — and gave us all a hug.”

Diplomatic and gracious! We’d expect nothing less of our lion queen — but Eichner’s side of the interaction is the clear highlight.

Seth Rogen, the voice of Pumbaa and the other half of Eichner’s adorable Beyoncé anecdote, ranks higher on this list if only because his is a tale of triumph.

In an interview with Jimmy Kimmel, Rogen recalls both his successful meeting with Beyoncé at The Lion King premiere, and also his failed attempt to introduce himself to her at the Grammys 11 years ago when he says he got blocked by her security and subsequently spilled his drink down his jacket.

“I was wary of going near her, because I look like someone who you would want to keep away from Beyoncé in general,” Rogen joked of his new chance at an introduction. “So I waited for her to approach me, but she was very nice, and my beard kind of got stuck in her sequins.”

Appearing together on The Today Show, Lion King stars JD McCrary and Shahadi Wright Joseph — the voices behind young Simba and young Nala — couldn’t help but be psyched about meeting Bey at the LA premiere.

By and large, Wright Joseph plays it cool, calmly stating that Queen B was “amazing” to meet in person. But its McCrary who raises the pair to the rank of third, eagerly chiming in with a “I also met Beyoncé!” and pointing out a photograph on-screen as proof of their interaction. Good kid! Show those receipts.

Unsurprisingly, director Jon Favreau wasn’t able to meet Beyoncé until after she had agreed to voice Nala — but his unbridled adoration for her is almost unparalleled.

In an interview Jimmy Kimmel, Favreau remembers sharing the news with his wife and teenage daughters that Beyoncé had committed to the film, and then later taking them to meet her after her performance at the 2018 Rose Bowl.

“When I heard she wanted to do it, that’s when I knew I was a made man at home,” Favreau jokes. “For about the first time in four years, I held their attention at dinner.”

What a family. What a memory.

As psyched as most of the cast was to be int he same room as Beyoncé, Alfre Woodard — the voice of Simba’s mother Sarabi — not only expresses the most genuine love for Bey but also explained the different levels of Bey-love, and for that she tops our list.

In an interview with Extra, Woodard breaks down what it means to love the concept of a person as opposed to the person themselves.

“An icon is in the eye of a beholder, but the person that is the artist is more grounded than a normal person who does not tap into their creative instinct,” Woodard explained.

“So I love her, the image of her and her discipline that makes her create those things that people are so drawn to — but I love the girl in her that is so grounded and lovely and now a mom. It was great to be with her and hug her after that.”

Donald Glover, the voice of Simba, clearly loves Beyoncé. Unfortunately, Glover has explicitly stated that he first met her at a Jay-Z concert a few years ago, not after their casting in The Lion King — which disqualifies him from ranking on this list.

That being said, his description of his three-year-old son’s affection for Queen B is truly priceless, and should not go unacknowledged. Please enjoy Glover’s delightful appearance on Jimmy Kimmel Live! with no ranking to consider. 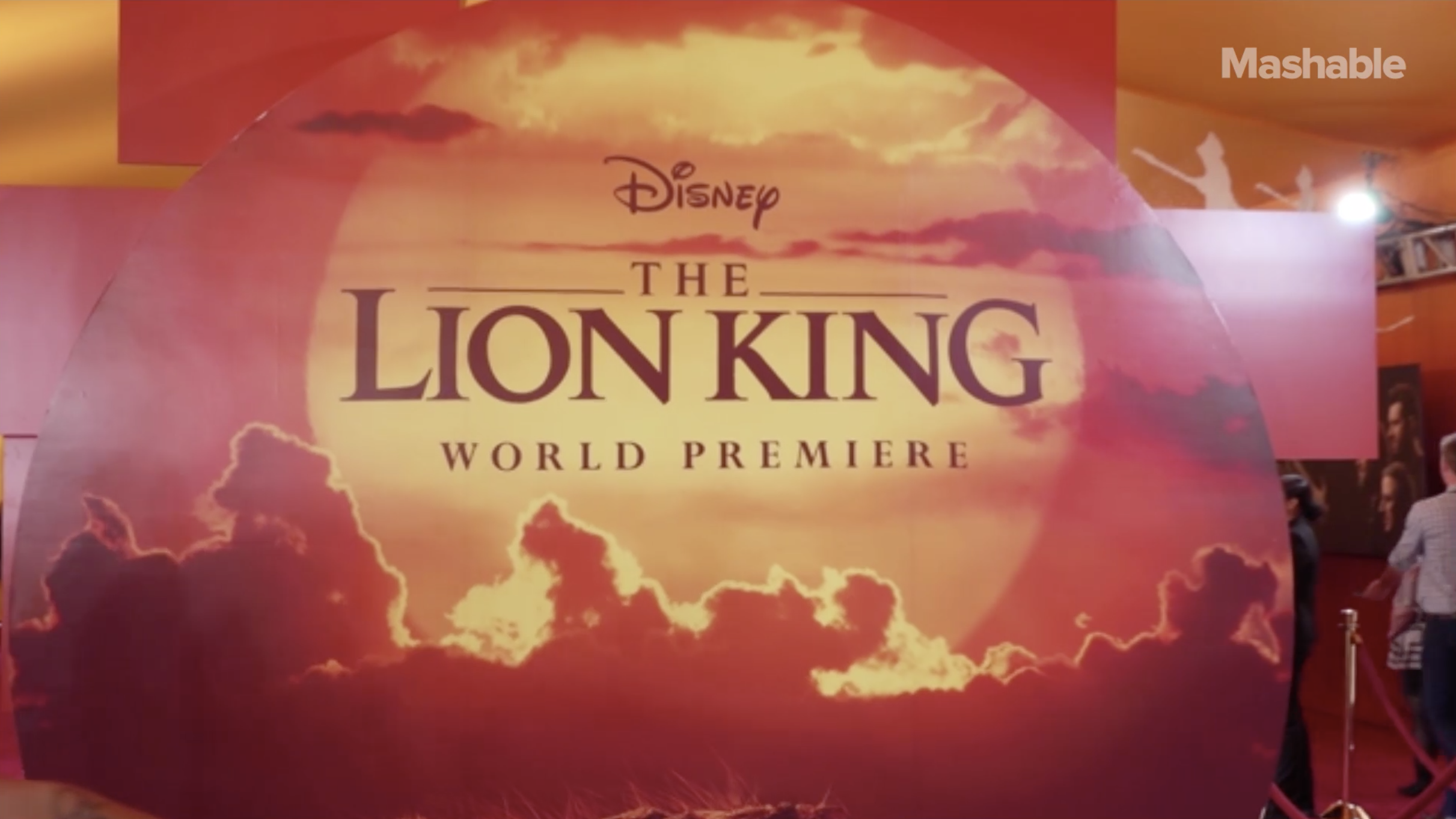 Wesley’s episode is ‘Queer Eye’ at its most complex