Thatgamecompany co-founder Jenonva Chen, the mind behind wildly acclaimed titles like Journey and Flower, designs games with one simple but seemingly impossible goal: to create virtual worlds where people are nice to each other.

In 2012, the monolithic Journey achieved that seemingly impossible task. The minimalist online game stripped players of all identity, rendering each an identical, anonymous robed figure without a name or any ability to communicate aside from chirps.

By doing away with all the typical conventions of a multiplayer game (voice chat, competitiveness, usernames), Journey left the strangers it paired together with no other option than to cooperate on their adventure through its gorgeous and mysterious world. Famously, one other form of interaction became common practice among players, which Chen and his team never accounted for.

Players began tracing hearts in the sand around each other, to express their love for the experience they’d just shared together.

Described as a spiritual successor to that Playstation exclusive, the newly released free iOS game Sky: Children of Light hopes to recreate those emotional connections made in Journey, only through a more expanded and accessible platform.

“This is a game designed for you to feel safe, so you can invite your friends to experience games no matter their experience level. We want more people to love games, and that won’t happen if their first experience is hostile,” said Chen when we spoke to him at E3 earlier in July.

Often, people point to Journey as one the best titles for gaming newbies to try, not only because of its simple mechanics but its embodiment of the new artistic heights the medium has reached. Sky has the potential to truly deliver on that promise, with touch controls on an iPhone or iPad that are even more beginner-friendly than a console game with dual-stick controllers.

It all feeds into Chen’s ultimate vision for not just Sky, but what communal video games can be: an antecedent to other online technologies that make us feel more distant from each other despite claiming to connect us.

“Even though we are next to each other, we all feel alone.”

“Man evolved from a social animal. We are meant to be together. We’re meant to be doing things together. That’s what makes us happy. But the modern society, for some strange reasons, even though we are next to each other, we all feel alone. That’s the current state of the human psyche.”

Like Journey, Sky could change what we think games are capable of. Now more than ever, amid the cacophony of division that defines our offline and online lives in 2019, we need Chen’s design philosophies. We need proof that human beings can work together, find a universal capacity for kindness and connection in us all — even if it is just in a mobile game.

In every way, Sky is a more ambitious and expansive game.

Journey only allowed two anonymous strangers to play together at a time, trekking across the linear path of a single desert. In Sky, multitudes of other players populate seven different kingdoms at once, all of whom you can befriend, unlocking more of each other’s identities by giving in-game currency (candles and hearts) to gain higher levels of friendship.

The most standout difference, though, is the extent to which players can communicate. Gone are the days of needing to communicate through sand. You can actually have full on text chats after establishing friendships with a stranger in Sky, though they’re limited to designated benches and three-minute sessions.

Chen and his team spent years learning how Sky could allow for these more complex player-to-player interactions without losing the altruism at the heart of Journey‘s vision. They even pulled from sociology to figure out how to human behavior was affected by the rules of a world.

“A lot of people believe man is born evil, but I actually don’t believe that,” said Chen. “Through the development of Journey and Sky, what I learned is that human beings have all colors. And the rules of society force certain colors to show more brightly than others.”

Tellingly, the addition of currency and a chat function was particularly difficult to maintaining altruism. Players immediately fell into the usual patterns of standard multiplayer games, trading hearts for selfish gain rather than to show mutual appreciation, and hating newbie players who weren’t wise to these transactional exchanges.

“Human beings have all colors. And the rules of society force certain colors to show more brightly than others.”

To fix that, they made hearts (the rarest currency) something that non-playable characters could gift players, so everyone stopped expecting it from each other. Limiting the chat function also served to discourage players from only using it like a negotiation table.

“People were just abusing the power we gave them, so we had to keep taking it away,” said Chen. “It’s almost like designing laws. Certain laws encourage people to break it. Other laws actually do protect them.”

Journey required similar play-testing to figure out how to curb players’ worst impulses. Even in that much more limited virtual space, they often still immediately tried doing things like pushing each other off cliffs.

But again, Chen doesn’t see any of that as evidence of people being inherently bad or cruel. It’s just part of the natural process of learning how to be human.

“In the real world we learn what’s acceptable and what’s not acceptable through our society and environment. But as kids we’re not born knowing the no rules. So we’re always pushing to figure out how much is too much? That’s why my kids are always, you know, smacking me, touching me, sticking their finger up my nose — until I tell them they can’t.”

Explaining this behavior in game design terms, Chen said that this is just people seeking “maximal feedback” from the world around them, or in other words the biggest response possible.

“The minute you transport yourself into the Internet or a game word, you’re like a baby. You think, ‘What is the fastest way to get maximal feedback?’ Griefing tends to generate that the quickest, so you get trolls on forums who just try to see how angry they can make you.”

Designing a virtual online space that would encourage players to seek a more positive avenue for maximal feedback was often counterintuitive. Chen’s first instinct was to get rid of any possibility for players to act selfishly, like requiring them to give each other hearts in order to progress.

“In this case, the funny thing was that order to make you altruistic, we actually had to give players selfish options. So then when you give someone a heart, it’s not out of need. It’s from a place of showing each other genuine appreciation.”

“When you feel small, when the world is mysterious and dangerous, then you want to connect and rely on each other.”

Even with all the differences, many of the design solutions the team figured out in Journey also applied to Sky — and it’s the reason why both games focus on uncovering the mysteries of a vast but dying ancient civilization.

“We want the world to make you feel small. Because when you feel small, when the world is mysterious and dangerous, then you want to connect with and rely on each other. You want to be a community,” said Chen. “We’re trying to bring you back to that primal time when human beings were still small, and nature was filled with the unknown and made us feel powerless.”

This is where Sky and Journey differ from the prevailing media of our time, both in and outside of video games.

“We live in a very a power fantasy-focused society today. Everybody’s some kind of superhero,” he said. Chen doesn’t just mean Marvel movies, either. He sees a direct link between this trend toward power fantasies and the advent of technology.

“Maybe the reason everybody is so anxious today is because we all have too much power. We can all tweet, we can search for everything instantly, always at our fingertips. When’s the last time you felt like you really didn’t know something? When we didn’t have Wikipedia or Google to give us the answers,” he said. “Taking that power away — that is when you understand a sense of awe.”

Sky is awe-inspiring. It is a gorgeous, unbelievably impressive feat of both design and technology. Its expansiveness makes it impossible to say anything too declarative about the success of its ambitions, since that will largely depend on the community that grows from it over time.

But in every other way, the “moreness” of Sky feels like it comes at a cost.

The brilliance and singularity of Journey specifically derived from how much it could say and make you feel with so little. Through chirps and a story told only in the vaguest of archetypes, Journey allowed us to find the humanity in each other when we’re stripped to our barest essentials.

Sky tries and at times very much succeeds in regaining that feeling. Flying around its gorgeous clouds, holding up to eight strangers’ hands — it gives you hope for us human beings, especially at a time when we desperately need to see the good in each other again.

But it does leave me wondering what the new additions, like in-game currency and a chat function, actually serves other than introducing an unnecessary amount of capitalism into an otherwise pure-intentioned world. My cynicism for Sky only grew upon realizing the in-game currency of candles (so carefully designed to encourage players to use them as an expression of genuine connection) can be purchased with a starter pack priced at $4.99.

There is something undeniably exquisite about Sky‘s design and possibilities. Yet my worry remains because, as seen on Twitter, a desire to help people connect in a virtual online space doesn’t stop them from corrupting an exchange of hearts.

Like the real world, Sky will be what we make of it. And that is both a beautiful and anxiety-inducing prospect.

You can download Sky for free now on iOS, but the plan is to expand it to cross-play on home devices and consoles in the future. 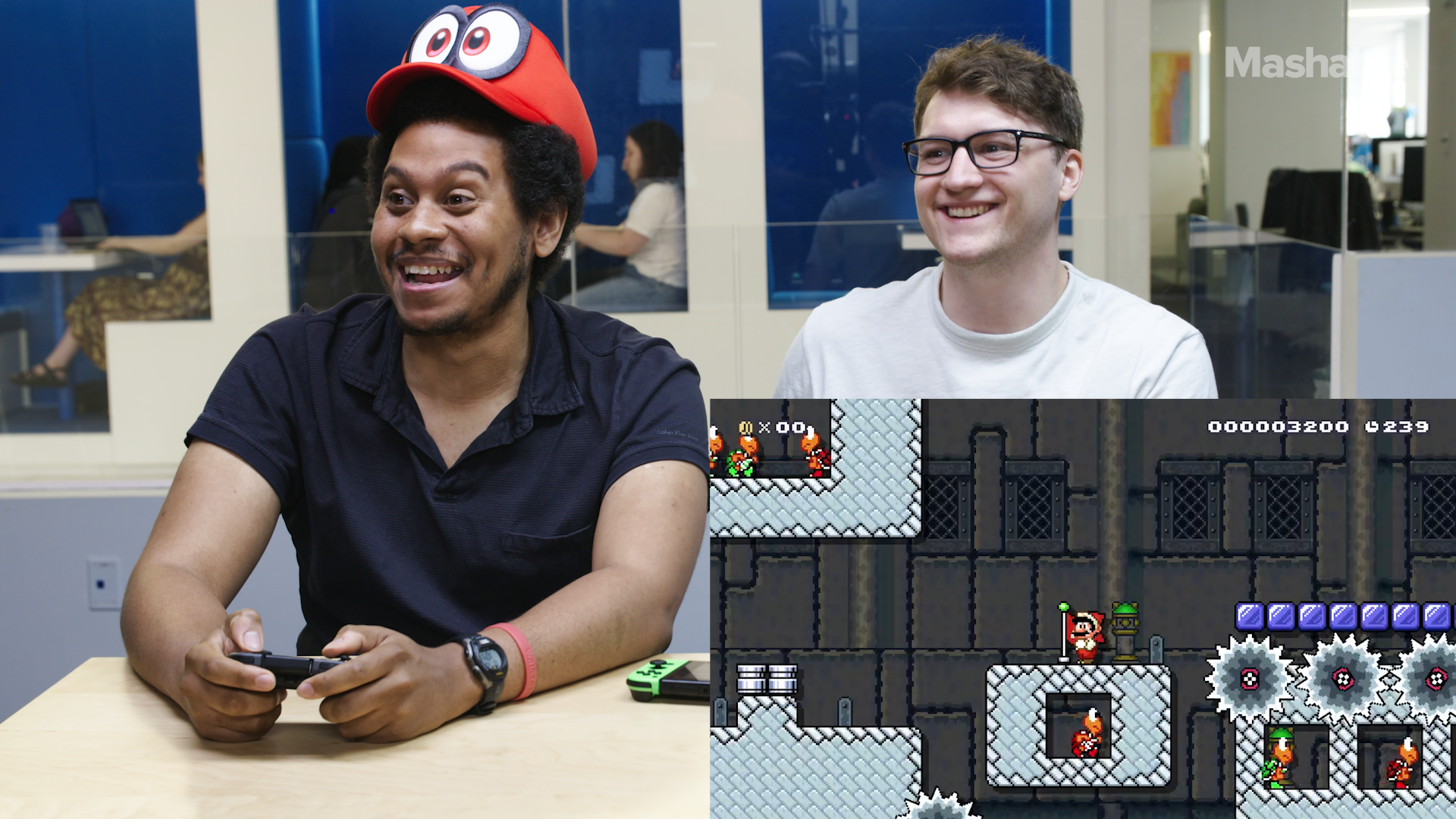 Every Disney ‘live-action’ remake ranked from worst to best

‘Marvel Ultimate Alliance 3’ is a playground for Marvel stans: Review