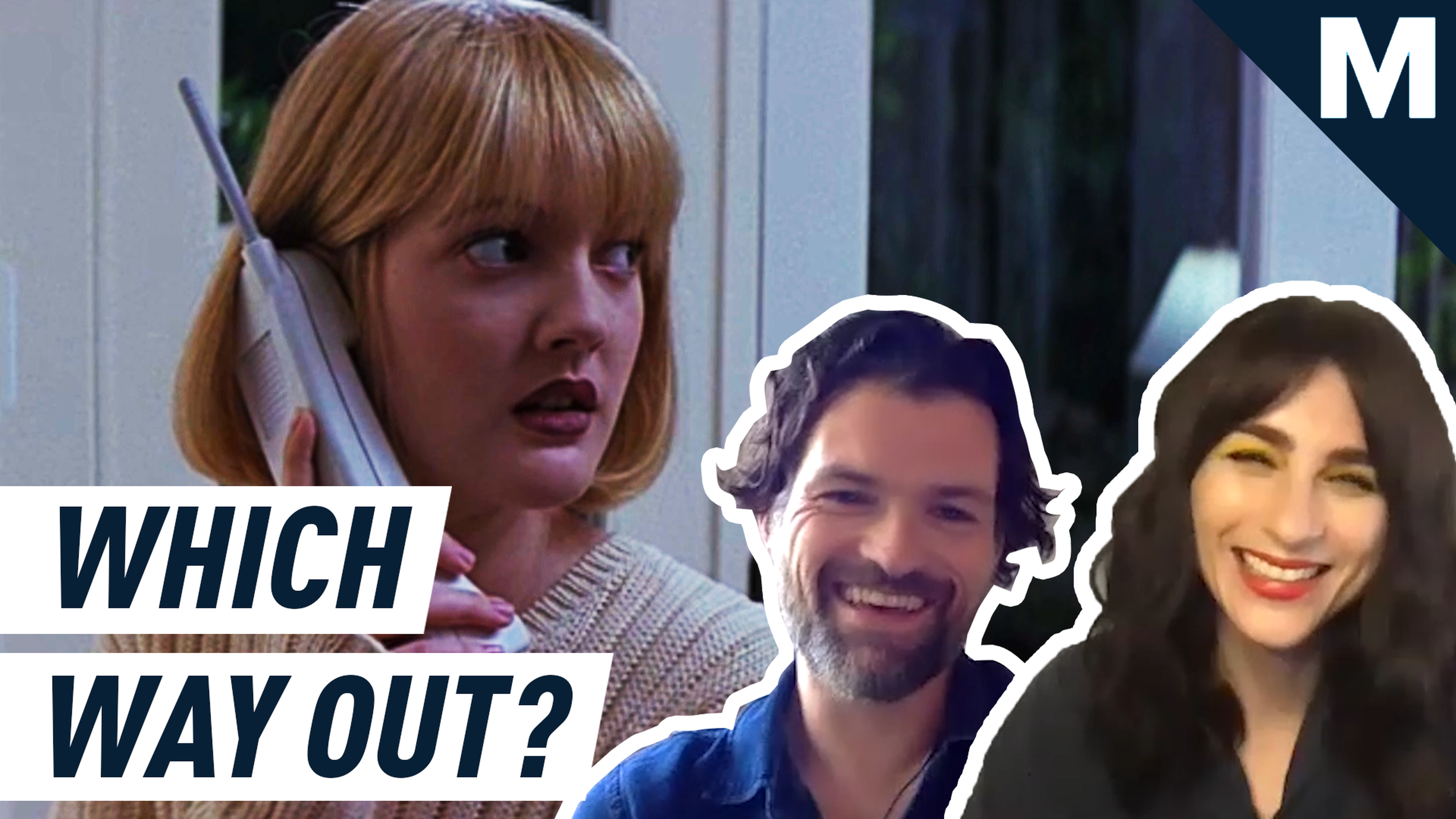 I know what you’re thinking: Of all the things you need right now in life, another streaming service subscription is probably a long way down the list.

But hold onto that thought.

The real mark of a good streaming platform, at least in my opinion, is the stuff you can’t get anywhere else. The unique stuff. Obviously, the overall breadth of films and TV shows is important, too, but the exclusives and the originals are what really sets a service apart.

This is an area that Shudder — a platform that focusses on “horror, thriller, and supernatural” content — does well in. At the time of writing, its “Exclusive and Originals” movie category is around 80-strong, and it’s growing all the time.

In the list below, from the eerie magical realism of Tigers Are Not Afraid to the terrifying Zoom-based jump-scares of Host, I’ve rounded up the best of them…

In the mid-nighties, a gay couple and their teenage daughter move out of the city to start a new life in small-town America. But writer Malik (Jeffrey Bowyer-Chapman) soon suspects that something may be seriously wrong with their new neighbours.

If you’re a fan of Get Out and that ominous, something-is-wrong-in-this-place-and-everyone-else-is-in-on-it vibe, then you’re definitely going to enjoy this one.

Like Jordan Peele’s 2017 masterpiece, Spiral mixes social commentary with very tense horror, as Malik flicks between violent flashbacks and strangers breaking into his new house to spray-paint slurs on the walls and bizarre symbols on the ceiling.

Colin Minihan and John Poliquin’s script is snappy, the characters are realistic and sympathetic, and Kurtis David Harder’s direction builds up the suspense like trapped water boiling in a pot.

After the death of her mother at the hands of a Mexican cartel boss, a young girl called Estrella (Paola Lara) is granted three wishes. When she joins up with a group of orphaned children in a similar situation, their shared goal becomes clear: revenge against the men who murdered their parents.

Is this one going to make you jump as much as some other entries on the list? Probably not. But the seamless blend of fantasy and reality will keep you hooked, and the performances from Lara and the rest of the young cast may well have you fighting back tears.

In 16th century Korea, retired warrior Yoon Gyeom (Kim Myung-min) is summoned to the kingdom of Joseon in order to investigate rumours of a beast terrorising the surrounding mountains.

But when he returns to the city with his brother Sung Han (Kim In-kwon) and his daughter Myung (Lee Hyeri), he soon realises that the stories aren’t all they seem.

Monstrum combines the speedy sword-play of Lord of the Rings with the dog-eat-dog political infighting of Game of Thrones, throwing in a splash of creature-feature fantasy and a few intense martial arts sequences for good measure.

Humour also comes in the form of long-suffering sidekick Sung Han and the zero-nonsense attitude of Myung, giving us characters we genuinely root for when they get caught up between the realms of fantasy and human treachery.

Set and filmed in the UK during the coronavirus pandemic, Host starts out with a premise most people will be all too familiar with: a bunch of friends stuck in their own houses, getting together for a drink over Zoom.

But when the group tries out a virtual seance and one of them doesn’t take it seriously enough, things start to go wrong.

There’s a reason everyone’s been talking about Host.

Aside from the film’s juicy 100 percent rating on Rotten Tomatoes, director Rob Savage’s idea (which all started with a scary viral tweet) is a brilliantly timely one: a horror film shot entirely over a video call, sort of like a Zoom version of The Blair Witch Project.

It’s one of those premises that could have easily have turned out a bit naff, but in the hands of Savage and his co-writers Gemma Hurley and Jed Shepherd, not to mention the film’s brilliant cast, the idea has absolutely flourished. Though the seance-gone-wrong set-up is well-worn horror territory, , “Host is far from typical in its brilliance and unique execution.” The script is realistic and well-paced, blending nervous humour with rising tension, and the jump scares — which Savage taught the actors how to set up themselves at home — are genuinely scream-inducing.

After a rage-inducing virus infects a high-powered law firm, Derek (Steven Yeun) decides to get revenge on the bosses who unjustly fired him. With the help of spurned client Melanie (Samara Weaving), the two join forces to battle their way through the building.

What if you had a free pass to fight back against the day-to-day injustices in your life without fear of consequences?

This is the Purge-style premise Mayhem starts off with, using a morality-eliminating virus to dial the violence levels – which are very bloody, but also quite silly – right the way up to 11. The result is a fun comedy-horror in the style of Shawn of the Dead, in which Yeun and Weaving (who are both excellent) slash, stab, and pepper spray their way through a large number of suited lawyers.

The film wears its anti-capitalist metaphor on its gory sleeve, but the journey is an entertainingly brutal one.

A small rural community in Australia is stalked by a giant, man-chomping boar.

Other times you just want to watch people fighting a giant boar.

Chris Sun’s Boar is — and I can’t stress this enough — absolutely ridiculous, a slapstick creature-feature about a feral pig the size of an SUV stalking a small town of terrified Australians. But it’s fun, dammit. The film doesn’t take itself at all seriously, splicing silly dialogue with even sillier jump scares and special effects.

One of the main characters, Bernie (played by former WWE wrestler Nathan Jones) is basically the Australian Arnold Schwarzenegger, a 6’11’ powerhouse who sings along to Vanilla Ice in one scene before going hand-to-tusk with the boar in another.

Will this film be for everyone? Definitely not. But if you’re in the mood for a light-hearted monster movie with a bunch of entertaining characters, you could do a lot worse.

On the remote plains of the Western frontier, Lizzy Macklin (Caitlin Gerard) is left alone while her husband rides off on an errand. But as the sense of isolation sets in, and Lizzy is plagued by traumatic memories, she starts to fear that the wind might not be the only thing making noises outside.

Emma Tammi and Teresa Sutherland’s The Wind is slow-burn horror at its finest.

There aren’t many western/horror crossovers out there, but after watching this one you might start thinking there should be; the sparse setting of the plains, coupled with the sense of isolation all that open space brings, creates an atmosphere that is both beautiful to look at and truly nightmare-inducing to watch.

We can feel Lizzy’s sense of dread in every gust of wind, and in every strange noise heard beyond the cabin after sundown. As the film progresses, the threat of the supernatural blends with the threat of the psychological — but the question the film ultimately asks is, which of those things is worse?

After growing suspicious that their neighbour may be a serial killer, four 15-year-old boys dedicate their summer to finding proof.

Eighties nostalgia has been all the rage for a while now, and the trend doesn’t appear to be stopping anytime soon. Summer of ’84 takes the retro, coming-of-age horror vibes of Stranger Things and IT and adds its own curtain-twitching spy twist that’s reminiscent of Rear Window.

The film has all the elements you’d expect — constant teenage banter; a gripping central mystery; plenty of secret base-made plans and nighttime sneaking — and for the majority of the film it seems obvious where things are headed.

But without giving too much away, the last 15 minutes take a sharp turn — and the ending is not for the faint-hearted.

While accompanying his girlfriend Alison (Maaike Neuville) to a very dodgy hospital in Eastern Europe, Michael (Bart Hollanders) accidentally frees, well, a zombie. Soon the entire building has turned into a bloody hellscape that Michael, Alison, and her mother Sylvia (Annick Christiaens) must do their best to escape.

Yummy is a bit like Boar in that you have a pretty good idea of the type of film it’s going to be going in, and you’re not disappointed. Lars Damoiseax’s zombie gore-fest is fun, silly, and incredibly over-the-top throughout (there’s a scene involving fire and a man’s nether regions, which probably tells you all you need to know about the film’s tone).

If you’re after genuine scares or well-crafted mystery you’ll want to look elsewhere, but for zombie fans looking for a fun take on the genre, Yummy is well worth its 90-minute run-time.

Agoraphobic dress-maker Montse (Macarena Gómez) lives with her younger sister, La Niña (Nadia de Santiago), who she worries will leave her on her own now that she’s turned 18.

So when their upstairs neighbour breaks his leg after falling down the stairs, Montse takes him in to look after him — and then won’t let him go.

Shrew’s Nest is one of those disturbing, downward spiral-type films that starts off with simmering tension before erupting into a full-blown nightmare.

On the surface, the carer-turned-kidnapper story has strong echoes of Misery, and Monste’s starey-eyed unpredictability is indeed reminiscent of Annie Wilkes — but her character also goes deeper than that. Rather than just being an out-and-out sociopath, Montse’s relationship with La Niña — and her traumatic backstory — is revealed bit by bit in the film, giving an insight into how and why a person like that might come to be.

‘Prevenge’ is the best horror comedy streaming on Shudder