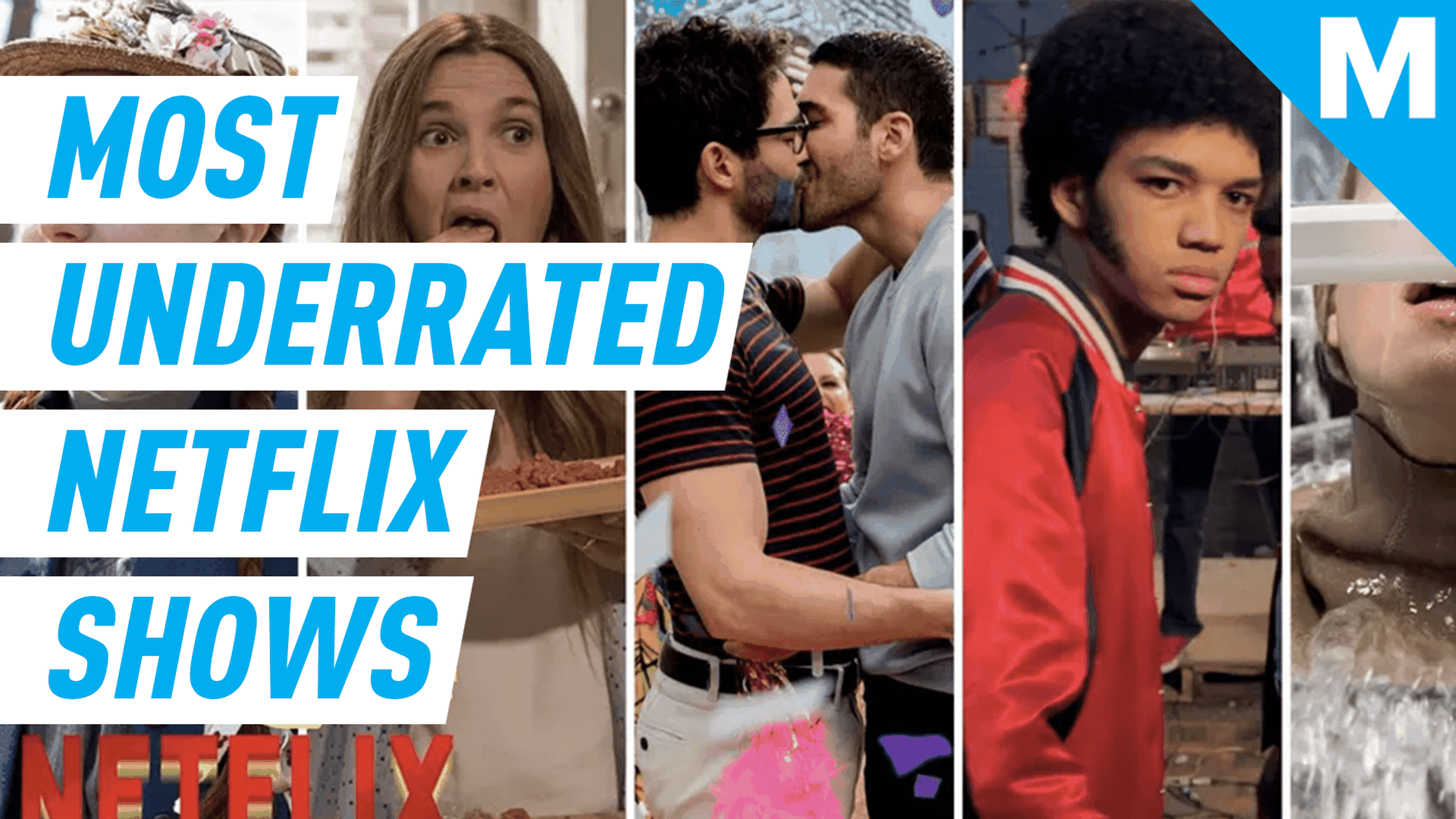 Now is the time for attainable goals.

As audiences everywhere continue to socially distance themselves, there’s never been a better opportunity to catch up on elite entertainment. (Seriously, we’re doing it too.) But with so much to choose from, it can be difficult to plot your plan of attack. Not only do you have to decide what you want to watch, but you also have to decide how much watching you’re willing to do.

So, if you’re unsure whether to go for a single movie or a full-fledged series, consider splitting the difference and trying one of these spectacular limited series over the weekend. Ranging from three and a half to nine hours, these single season shows will give you plenty to talk about without requiring too much time commitment. Plus, you can stream them all right now.

Note: All anthologies and multi-season series — including Fargo, True Detective, American Crime Story, Big Little Lies, and The New Pope — have been disqualified from consideration. Additionally, documentaries have not been included. We’ve got separate recommendations for that.

Played by Julia Roberts in a rare television appearance, caseworker Heidi Bergman is tasked with assisting soldiers recovering from combat at the Homecoming Transitional Support Center — but soon discovers there is something more sinister behind her duties. Based on the Gimlet Media podcast of the same name, Homecoming is a psychological thriller that offers ample twists and turns while making a profound statement on the military complex’s regard for human life.

How to watch: Homecoming is now streaming on Amazon Prime Video.

Lovers of Kathryn Hahn, sexy drama, and The Leftovers author Tom Perrotta, look no further than Mrs. Fletcher. Yes, it’s narratively bumpy and has a disappointing ending. Still, this story of a divorced empty nester finding herself once more is brief enough to forgive its shortcomings. Hahn dazzles as the series lead, elevating a thin plot into an addicting character study.

How to watch: Mrs. Fletcher is now streaming on HBO Now.

Gilded with violence, glory, and cowgirls, Godless puts a feminist spin on the western. Divided into seven parts, the story of Frank Griffin (Jeff Daniels) pursuing his rival Roy Goode (Jack O’Connell) into the all-female town of La Belle, New Mexico brings inventive framing to the storytelling staples we love. Not to mention, the performance by Merritt Wever is to die for.

How long: ~9 hours over 7 episodes

How to watch: Godless is now streaming on Netflix.

Adapted by Neil Gaiman from his and co-author Terry Pratchett’s fantasy novel of the same name, Good Omens tells the spellbinding epic of the angel Aziraphale (Michael Sheen), the demon Crowley (David Tennant), and the pair’s race against time to stop the Antichrist from destroying Earth. As hilarious as it is mesmerizing, this six-hour dream is worth having twice.

How to watch: Good Omens is now streaming on Amazon Prime Video.

Somewhere between a Black Mirror episode and Eternal Sunshine of the Spotless Mind, Netflix’s Maniac combines psychological thrills with a stunning tale of connection. Emma Stone and Jonah Hill appear as participants in a drug trial operated by scientists with questionable methods and one testy computer. Stunning sequences and fun acting moments make this an impactful yet fun binge.

How to watch: Maniac is now streaming on Netflix.

My kingdom for Golden Globe winner Maggie Gyllenhaal. In Hugo Blick’s The Honorable Woman, Gyllenhaal appears as Nessa Stein, an Anglo-Israeli businesswoman stuck at the center of multi-generational conflict. More complex than we could possibly convey here, this engrossing story demands your attention each and every scene. Don’t you dare try to multitask.

How long: ~8 hours over 8 episodes

How to watch: The Honorable Woman is available for rent or purchase on Amazon Prime Video.

Joseph Heller readers will delight in Hulu’s faithful adaptation of his beloved novel. And those new to the dark world of Catch-22? Well, they’ll soon be scrambling for the online book store. In this six-part World War II epic, bomb plane pilot John Yossarian (Christopher Abbott) struggles to survive an escalating conflict managed by those with less at risk. At once stupidly funny and painfully frightening, this is a good pick for anyone interested in feeling [gestures wildly] too much.

How to watch: Catch-22 is now streaming on Hulu.

Sam Rockwell and Michelle Williams lead as Broadway legends Bob Fosse and Gwen Verdon in this reflection on a legacy. Told in a non-linear structure, Fosse/Verdon considers both the professional and personal sides of the esteemed entertainment power couple — examining how we attribute credit to men and women differently as well as what it means to separate the artist from their work. Perfection for Broadway fans. Pretty great for everyone else.

How to watch: Fosse/Verdon is now streaming on Hulu.

Created from Gillian Flynn’s novel of the same name, Sharp Objects is the psychological thriller/family drama still haunting us nearly two years later. Heart-stopping performances Amy Adams, Patricia Clarkson, and Eliza Scanlen slowly but surely morph this murder mystery into a grim journey through unbearable trauma. And that ending? I can’t even begin.

How to watch: Sharp Objects is now streaming on HBO Now.

It’s Jessica Lange and Susan Sarandon, so you shouldn’t need much more convincing — but we’ll do it anyway! For fun! Playing Hollywood icons Joan Crawford and Bette Davis, Lange and Sarandon recreate the cutthroat drama that went on behind the scenes of Robert Aldrich’s Whatever Happened to Baby Jane? It’s a devilishly good time full of camp and cunning that still makes room for poignant reflections on the series’ namesakes. (For what it’s worth, Feud is supposed to be an anthology, but we haven’t heard much on that front as of late.)

How long: ~7 hours over 8 episodes

How to watch: Feud: Bette and Joan is now available for rent or purchase on Amazon Prime Video.

Based on , factual reporting published by ProPublica and The Marshall Project in 2015, Unbelievable examines a disastrous investigation into one young woman’s (Kaitlyn Dever) allegation of rape. Toni Collette and Merritt Wever star as the detectives hunting down a serial predator potentially related to case. Suspenseful and substantive, this eight-part series is essential knowledge for social justice seekers.

How to watch: Unbelievable is now streaming on Netflix.

If you’re counting down the days until Hulu’s The Handmaid’s Tale returns, then consider doubling back for Netflix’s Alias Grace. Based on Margaret Atwood’s novel of the same name, this work of historical fiction reimagines the 1843 murders of a man and his housekeeper. With sensational social commentary and magnificent lead performances, this is a show worth making time for. And at just four and a half hours, it’s not even asking that much.

How to watch: Alias Grace is now streaming on Netflix.

How long: ~7 hours over 7 episodes

How to watch: Escape at Dannemora is now streaming on Showtime.

Created and directed by Ava DuVernay, When They See Us casts light on the tragic case of the so-called Central Park Five. Outstanding performances by numerous cast members, but especially Asante Blackk and Caleel Harris as the wrongfully convicted Kevin Richardson and Antron McCray, make this a masterclass in setting the record straight with both fact and feeling.

How long: ~5 hours over 4 episodes

How to watch: When They See Us is now streaming on Netflix.

Many know the conceptual horror of the USSR’s 1986 nuclear accident, but HBO’s Chernobyl gives it a face you can’t unsee. In this devastating five-part historical drama, an exquisite ensemble — including Jared Harris, Emily Watson, Paul Ritter, Jessie Buckley, and Stellan Skarsgård — reenact the incident and its catastrophic fallout in horrific detail.

How to watch: Chernobyl is now streaming on HBO Now.

We’re still hoping Damon Lindelof will change his mind and turn Watchmen into an anthology series. But until then, we’ll just have to settle for the mind-bending beauty that are the show’s nine existing episodes. Regina King stars as Angela Abar (aka “Sister Night”) in this extension of Alan Moore and Dave Gibbons’ iconic comic book series. A meditation on trauma, Watchmen isn’t for the faint of heart.

How long: ~9 hours over 9 episodes

How to watch: Watchmen is now streaming on HBO Now.

When Americans went to war against seat belts

When Americans went to war against seat belts