Welcome to Small Humans, an ongoing series at Mashable that looks at how to take care of – and deal with – the kids in your life. Because Dr. Spock is nice and all, but it’s 2019 and we have the entire internet to contend with.

Jam-packed with tales of talking animals, adventures of heroes in disguise, and stories of true love, Netflix has one rockin’ collection of films perfect for family movie night.

But with so much to choose from (and a million other things to worry about), parents can have a hard time sussing out what to cue up at any given moment. So, in honor of them and their small humans, we narrowed it down ahead of time.

From animated classics to live-action newcomers, here are 15 of the best kid-friendly movies now streaming on Netflix — all with enough sly adult humor and tearjerking moments to take viewers of every age along for the ride.

Starring human comedian Zach Galifianakis, this Disney flick chronicles the adventures of a muddle of talking guinea pigs — yes, “muddle” — as they use their special secret agent training to fight professional bad guy Will Arnett. It’s not the best film on this list, but it is undoubtedly the silliest.

You’ll laugh. You’ll cry. You’ll have to explain why they don’t make guinea pig-sized walkie talkies. Possibly more than once.

Loosely based on the Brothers Grimm tale of the same name, this royal adventure transports the story of a woman looking for love to 1920s New Orleans.

Disney’s first African American princess Tiana, voiced by Tony Award winner Anika Noni Rose, begins our story as a young waitress with a knack for making beignets. But when she benevolently agrees to kiss a cursed amphibian prince, things get… complicated.

Full of warmth and love, this instant classic is the old school Disney you first fell in love with.

The Princess and the Frog is now streaming .

Featuring the voice acting talents of David Spade, John Goodman, Patrick Warburton, and the incomparable Eartha Kitt, this tale of a pompous ruler transformed into a talking llama speaks for itself. Irresistibly quotable, The Emperor’s New Groove remains the source for countless memes and commands to “Pull the lever!”

That being said, fair warning: If you live anywhere near a tight alleyway, this film does provide a fairly comprehensive guide to scaling buildings using teamwork and two walls. Stay vigilant, parents.

After the success of Disney’s first Wreck-It adventure, it’s no wonder the studio wanted to do it all over again. And while Ralph Breaks the Internet does fall victim to a number of sequel pitfalls — including that cringe-worthy title — it manages to tell a unique story all its own.

TL;DR: Worth a watch, if only for the internet jokes.

Delightful during October, but enjoyable the whole year ’round, Casper the Friendly Ghost is a classic kid movie for a reason.

Based on the cartoon from Harvey Comics, this 1995 comedy follows a paranormal expert (Bill Pullman) and his young daughter (Christina Ricci) as they struggle to uncover the secrets behind Whipstaff Manor. What they find, a kind ghost named Casper and his three vengeful uncles, is a story for the ages.

Note: Casper is kid-friendly, but its dark themes may prove too intense for some children.

Come for the talking gorillas. Stay for that Phil Collins soundtrack.

Disney’s take on the iconic tale of a young boy raised by primates is enjoyable for a lot of reasons. Voice acting by Tony Goldwyn, Minnie Driver, and Glenn Close provides soulful character amidst truly breathtaking animation. The film’s high stakes and tense feeling make it engrossing adventure for kids and parents alike.

Note: The opening sequence of Tarzan is by far its most intense. If you’re worried it’ll be too much for your young ones, check out the first 10 minutes or so ahead of time.

We took some issue with this sequel — but if your family is cataloguing those Disney live-action remakes, then it’s probably worth your time.

Emily Blunt stars as the no-nonsense nanny, alongside musical genius Lin-Manuel Miranda and grown-up Banks children Ben Whishaw and Emily Mortimer. Filled to the brim with pastel daydreams and sugary-sweet songs, Mary Poppins Returns will have newcomers mesmerized and old fans nostalgic as ever.

As the years go on, it’s increasingly normal for a Disney/Pixar joint to reduce us to a quavering pool of tears. Coco is a prime offender. It’s the story of Miguel (Anthony Gonzalez), a shoemaker’s son who accidentally crosses the bridge into the afterlife one Day of the Dead and desperately seeks a way home.

It’s in this arrestingly beautiful visualization that he meets Hector (Gael García Bernal) and starts unraveling the mystery of why his family hates singing — a journey that takes him through Hector’s own history, by way of a ghostly talent show, and right to the spirit of legendary singer Ernesto de la Cruz.

Adventures aside, Coco hits home with the importance and fragility of family, amplifying every emotion with Michael Giacchino’s gorgeous music and Miguel’s sincere belief that he can make everything right.

Once Toy Story and A Bug’s Life paved the way for Disney’s foray into computer animation, Mulan was the last of a specific golden era of cartoon classics.

Full of unforgettable characters (Mushu! Cri-kee! Chien Po!), incontestable bangers (“Reflection”! “I’ll Make A Man Out Of You”!), the film came at crucial juncture for millennials who still quote it to this day (“Dishonor on you, dishonor on your cow”).

Mulan is the truly empowering story of a girl who laughed in the face of gender norms to protect her family. The live-action remake might be abandoning plot points and songs, but we’re happy to leave this original whole and untarnished.

It’s fascinating how 2001’s unequivocally cool Spy Kids plays to a 2019 sensibility, but even when the film borders on cheesy it’s an undeniable good time.

Carmen and Juni Cortez must save their secret-spy parents from the evil mastermind behind the children’s show “Floop’s Fooglies,” which is at once insanely dire and extremely silly. They get Bond-level gadgets, but less murder and more microwavable pizza.

When the world learned that Judi and Ron Barrett’s timeless children’s book was being made into a film, many took pause. Luckily, in the deft hands of Phil Lord and Christopher Miller, the iconic story of a town with edible weather shines with newfound finesse.

Returning to the imaginary world of Chewandswallow, Cloudy with a Chance of Meatballs chronicles the adventures of inventor Flint Lockwood (Bill Hader), his pet monkey Steve (Neil Patrick Harris), and aspiring weather woman Sam Sparks (Anna Faris). As comforting as any bowl of tomato soup, this tale will fill your day with joy. And possibly, spaghetti.

Cloudy with a Chance of Meatballs is now streaming .

Based on Neil Gaiman’s novel of the same name, this Academy Award-nominated film transforms childhood fantasy into a nightmarish exploration of courage and gratitude.

Coraline Jones, voiced by Dakota Fanning, has just moved to a new town with her not-so-attentive parents Mel and Charlie (Teri Hatcher and John Hodgman). Lonely and frustrated, Coraline begins exploring her new home — only to find a door hiding a secret world.

Artfully rendered and spectacularly scripted, Coraline is a story worth visiting at any age.

Note: While rated PG, Coraline features some imagery that may not be suitable for all children.

We waited 14 years for the Parr family to return — and boy, was it worth it.

Frozen in time, Violet, Dash, and Jack-Jack haven’t aged a day since the original’s 2014 release, but things sure have changed for Elastigirl and Mr. Incredible. A reflection on the trials and tribulations of family, as well as a meditation on what it means to be super, Incredibles 2 maintains the fun and flair the second time around.

Whether you’re diving in for a rewatch or checking it out for the first time, this sequel will have your family ordering red spandex and black masks in bulk.

Before Anna and Elsa came onto the scene, Lilo & Stitch was the sister movie of Disney.

Set in the aftermath of an alien’s arrival on the island of Kauaʻi, this soulful sci-fi story follows sisters Nani and Lilo as they struggle to cope with the loss of their parents. When Stitch, that aforementioned extraterrestrial visitor, joins their small Hawaiian family, things get way, way worse — and then, in classic Disney fashion, better than anyone could have hoped.

Spider-Man: Into the Spider-Verse is not only the best Spider-Man movie to ever grace our superhero-filled lives, it is also one of the most gorgeously animated movies ever made.

The humor is spectacular. The story is endearing. The characters are lovable. Even the soundtrack is outstanding. When the world is filled with endless superhero movies, it’s nice to have a movie that isn’t a part of the rest of the massive Marvel universe — a contained story that doesn’t come with all that baggage.

Spider-Man: Into the Spider-Verse is now streaming .

Kellen Beck and Proma Khosla contributed to this article. 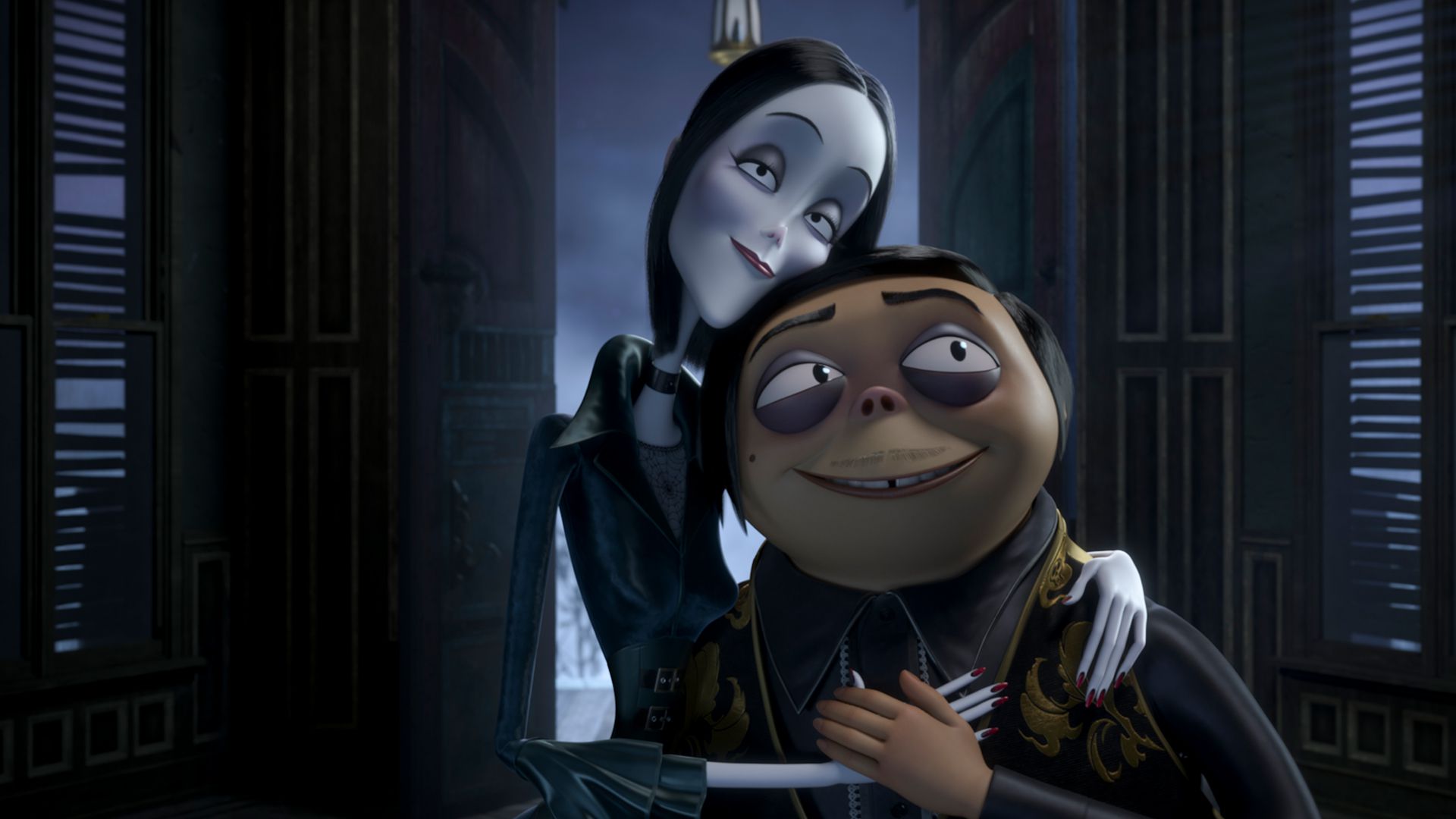 What that ‘Euphoria’ Season 1 finale means for Season 2: Recap