“All this because of a puppy?”

Animals rule the third instalment of the John Wick franchise, Chapter 3 – Parabellum, which rolls around in dirty action, drops a bunch of kills at your feet, and rarely raises a snoot for air.

Director Chad Stahelski’s Keanu Reeves-fronted action thriller pounces from one elegantly choreographed yet brutal fight scene to the next, with our titular hero piling up the body count faster than the audience can tally (I tried). But at the core of the films lies a secret weapon — doggos, horses, pigeons, camels, and one cat.

Since the very first John Wick film, the vengeful narrative has stemmed from one gorgeous (and doomed) little beagle pupper, Daisy. So, it’s only natural that the other animals in the series are given the respect they deserve — as mainly four-legged badasses worthy of their own spinoff series (seriously, take my money).

To honour these courageous critters, we ranked Parabellum‘s fight scenes by the involvement of those most excellent creatures we do not deserve. Two words: dog assassins.

There’s nothing quiet about this library visit, as John Wick gets jumped by a rather tall Dante-quoting assassin named Ernest (played by NBA star Boban Marjanović) in the New York Public Library five minutes before his dreaded excommunicado status goes into effect. Wick’s respect for library protocol is made plain, however — after using a book (Russian Folk Tale, Aleksandr Afanasyev, 1864) as a deadly weapon, his first instinct is to replace that book where he found it. Great work.

Kicking off in the hallowed halls of Grand Central station, this fight starts with smoke and mirrors, and ends on the steps of the Continental. Everything revs up when John Wick smacks two assassins from their damn motorcycles and hits the road. Pursued by sushi chef/assassin Zero (played by martial artist, actor, and casually immortal Iron Chef chairman Mark Dacascos), Wick careens through the scaffolding of New York. No animal involvement, but fine bike stuntwork.

It’s truly one of the best scenes in the film, albeit lacking in animal assistance. After being stitched up by the Continental doctor, Wick finds himself officially out of time and ex-communicated. So, naturally everyone’s out for his blood. Cue Wick battling assassins in some kind of chandeliered, mirrored antique shop, grabbing at every old cleaver, axe, dagger, hunting knife, and sword a glass case could hold. The sheer amount of knives thrown in this tightly choreographed scene make for one hell of a fight.

Here we go. This humdinger of a fight sequence aside, let’s just remember the very good boy in the scene: John Wick’s doggo. This staffy cross, whom Wick rescued from being euthanised at the pound, is (rightly) allowed to sit in the back of a cab at the start of Chapter 3, and thanks to one of our main man’s shiny gold coins, is driven right to the door of the Continental. “See he’s received by the concierge,” Wick politely requests.

It’s here, safe in the hotel, under the watch of Charon (the ever-hospitable Lance Reddick) he remains until the final glorious, lengthy, multi-roomed, approximately six-staged fight scene, where he snuggles up with Winston (the constantly lightly amused Ian McShane) in the weapons vault, listening to Vivaldi and snoozing on a Chesterfield lounge while Wick battles through wave after wave of enemies. Smart dog.

Fleeing assassins with cars, Wick runs into a Manhattan stable, brimming with pretty horses and plenty of opportunities for crazy fight choreography. Among other things, Wick employs the fatal kicking techniques of his newfound equine friends to help him send his opponents flying. A simple smack on the rump, and you’ve got a horse-shaped weapon.

Then, Wick rides a noble steed right outta there and into another fight, this time with motorbikes. Watching a perfect-haired Keanu Reeves lean around his horse-o, Wild West-style, to deliver a fatal shot to a biker, is worth watching the entire film for. Despite all the gunfire, no horses are shot.

If you’ve yearned to see Halle Berry work with a trained ‘assassin dog’ that leaps from her back to scamper up a wall to a higher mezzanine area and take down a looming opponent, this is your moment (and yes, that very good doggo actually did that stunt). We lost count during this scene trying to keep up with the amount of casualties, but know this: None of this would be possible without the efforts of two obedient, incessantly crotch-biting doggos.

Donning bullet-proof vests, trained to pull grown men to the ground in battle, and patted then almost killed by Berrada (played by Game of Thrones‘ Jerome Flynn), these two pooches work as a team with Sofia, rendering John Wick himself almost a mere afterthought in this scene.

Though they can’t really do anything in their cages, we’re pretty sure the Bowery King’s winged “internet” of pigeons would have flocked together to save their leader from the dreaded nine cuts.

Casually attends a blowfish-catered High Table business meeting when the Adjudicator (played with absolutely no nonsense by Asia Kate Dillon) pays a visit to Zero’s restaurant. What a chiller. 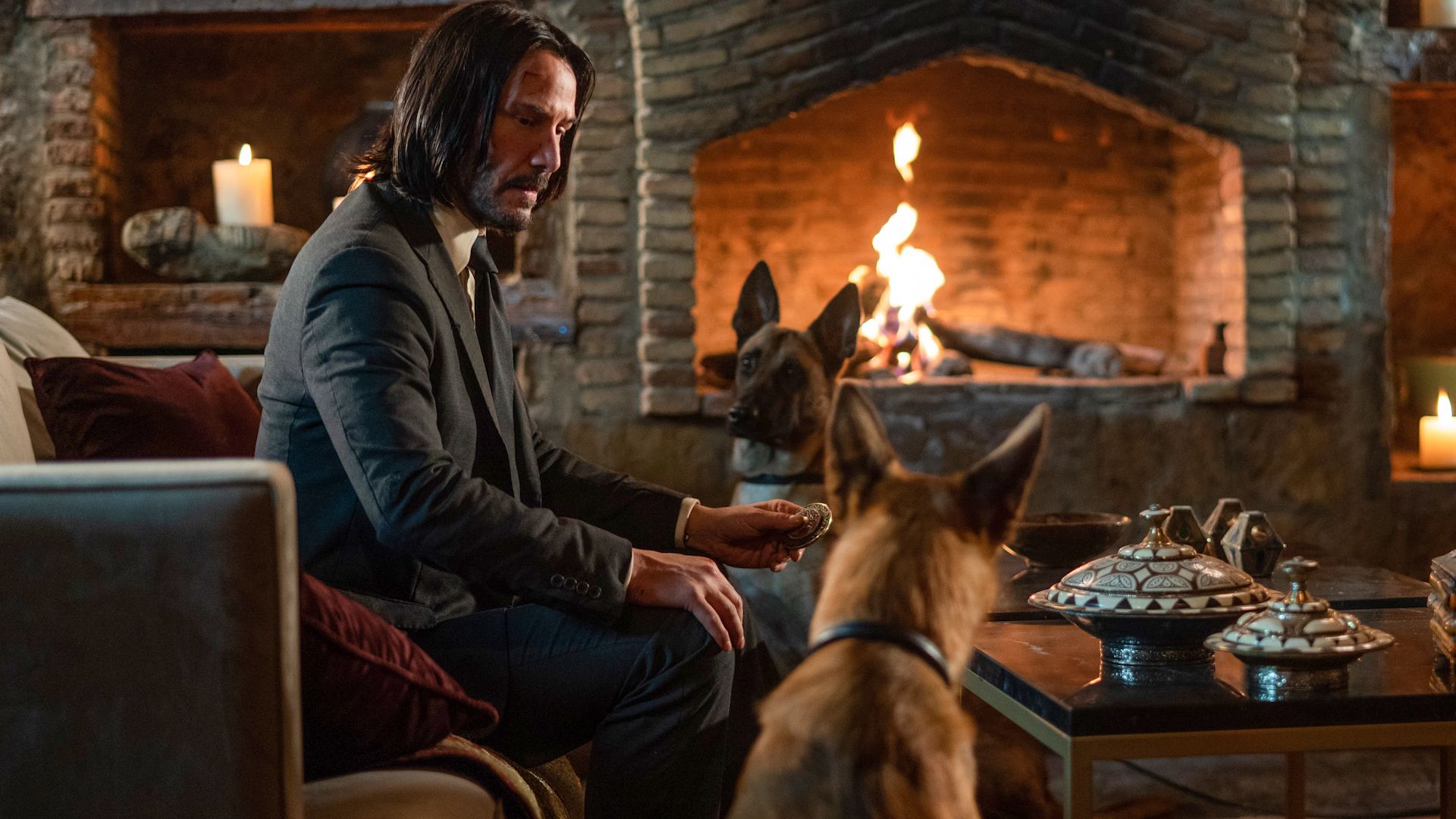 10 questions for King Bran after that ‘Game of Thrones’ finale