It may seem strange that a horror movie about a killer doll is better primed to terrify Big Tech execs than kids and parents — but in Child’s Play 2019, that’s exactly what Chucky is after.

Forgoing the franchise’s voodoo-practicing serial killer origins, this reimagining from director Lars Klevberg places the iconic Good Guy, now a wifi- and bluetooth-enabled, cloud-backed “Buddi” doll, at the center of our unceasingly connected world. The resulting terror isn’t so much a nostalgia-laden ’80s reboot, as it is an excruciatingly gory sendup of the world’s fastest-growing industry.

“I’ve been offered a lot of horror movies in the past and I’ve never said yes, but the idea that technology is the villain was a message that I felt like I could get behind,” star Aubrey Plaza, who portrays mom Karen Barclay, tells Mashable.

“It’s moving at such a fast pace that we’re not able to see the impact on society, and I feel genuinely scared about that. It just made sense to do a horror movie where a smart device turns on you because that actually seems plausible.”

“It just made sense to do a horror movie where a smart device turns on you because that actually seems plausible.”

A product of the fictitious Kaslan Corporation (an apparent stand-in for tech behemoths like Apple, Uber, Google, etc.), this Chucky isn’t intent on murder. He’s just an artificially intelligent plaything on a mission to be his owner Andy’s (Gabriel Bateman) “best friend ’til the end.”

But when Chucky’s programming is corrupted, the classic villain returns, now backed by a legion of drones, self-driving cars, smart thermostats, and seemingly every other gadget found in your local Best Buy.

The result is a cartoonish blend of gore and giggles with a not-so-funny central message at its core — one that rings particularly true for Brian Tyree Henry, who takes on the role of Detective Mike Norris for the film and considers himself a Chucky superfan.

“This was during the era of the My Buddy dolls, and I remember everyone getting rid of theirs after [that] movie came out. [Our] Chucky is actually a system and a part of a whole system of other products that are programmed to know you. That’s scary.”

Of course, this film won’t have anyone tossing out their smartphones, and scrutinizing the pervasive nature of consumer tech isn’t exactly new territory. But Child’s Play tackles a wide array of industry concerns with enough ruthlessness to make plenty of points.

“When I first read the script, that first scene was shocking,” Plaza recalls of the film’s opening sequence, in which the Kaslan Corporation’s president (Tim Matheson) narrates a commercial for Buddi dolls while a disgruntled Vietnamese factory worker intentionally sabotages one on a far-away assembly line — removing soon-to-be-Chucky’s various encoded safeguards and enabling his violent capabilities.

“Kind of like you’re watching a commercial for a company that rhymes with ‘Schmapple.'”

“It got me. It just sets the whole tone up,” Plaza continues.

“One moment, you’re watching this super glossy commercial about these products that seem eerily familiar, kind of like you’re watching a commercial for a company that rhymes with ‘Schmapple.’ And then, you’re in that factory and that guy just goes berserk. It really sets the tone for how messed up everything is going to be.”

With an 88-minute runtime, Child’s Play doesn’t take the time to unpack everything wrong with that juxtaposition, but according to the film’s director that wasn’t necessary.

“I didn’t want to spend too much time on the reason why someone turned [Chucky] into this,” says Klevberg. “I [wanted] to spend more time seeing what that could do to something or someone that’s seeing the world for the very first time.”

Klevberg emphasizes that Child’s Play is not about a robot takeover. 2019 Chucky is a surprisingly sympathetic villain, whose malfunctioning safety settings don’t make him evil or power-hungry, but instead allow him to pursue his objective of “friendship” with relentless tenacity.

In one particularly chilling scene, Chucky murders the family cat for biting Andy — seemingly mislabeling the classic cat move for an executable offense.

“It’s the first time you actually see that Chucky is being self-aware and his purpose in life is starting to override basic rules,” adds Klevberg. “Chucky is asking, ‘So what and who am I? And what’s my purpose?’ Well, that’s being Andy’s best friend until the end and making him happy. So anything that comes between [Chucky] and [Andy] removes Chucky further from his objective.”

Rather than planning his killing spree out of malice, Chucky — a product designed to please its consumer — gets confused. Lethally and spectacularly confused.

“I never thought I would care about Chucky this much.”

“You actually have a little bit more sympathy for Chucky in this one, which is crazy because I never thought I would care about Chucky this much,” observes Henry.

“Once I found myself really rooting for him, I was like, ‘Oh I want Chucky to do well! Sure, he stabbed you, but maybe he can learn!'”

It’s the cuddly exterior of this mass-murdering appliance that makes the film’s cautionary message so powerful. Where shows like Black Mirror have implied human demise, Child’s Play displays a willingness to “go there” that’s perfectly suited to a franchise famous for once launching nails into a guy’s face via airbag. (See Bride of Chucky for details.)

Knives taped to drones slash at throats, self-driving cars launch little old ladies into the afterlife, and one suspiciously “smart” lawnmower takes a crack at craniotomy. Inexplicably, Chucky even manages to hack into Andy’s hearing aid in the final act to deliver some ominous, yet loving dialogue.

Each of these homicidal products seem helpful, interesting, or fun — even Chucky. But it’s the unanswered questions of what could happen if they followed our instructions too well that breeds a nightmarish sandbox of consequences.

“Everything about technology scares me,” exclaims Henry, excitedly scanning the room for examples to make his point about its ubiquity.

“The fact that there’s already USB ports in this room, in each socket, is kind of scary. The fact that I can share information to somebody across the hallway by just dropping them a picture, but I can’t actually physically hold that picture scares me a little bit.”

If Chucky serves as a symbol of all that is alarming about tech products, then it’s no wonder that his final demise (beaten to death with baseball bats by Andy and his friends) closely resembles the infamous destruction of that printer in Office Space.

“The thing with terms and conditions and directions is none of us read them, but we all click yes or use the product or whatever.”

Decked out in corporate shades of silver, blue, and “everything’s fine here,” Kaslan makes for excellent satire, particularly in the film’s final moments as one of the company’s (presumably many) damage control ads regarding Chucky’s carnage plays.

It assures the audience of two things: (1) It wasn’t Kaslan’s fault, and (2) There will be more Buddi dolls.

“The accountability factor is kind of scary,” says Plaza. “I mean the company at the end of the movie, The Kaslan Corporation, really takes no blame and has no accountability whatsoever.”

From Facebook’s privacy breaches to misleading health and wellness apps, issues of accountability are a central theme in tech news these days. But even when called out, tech giants are often able to maintain their PR-driven power and consumers can be left feeling helpless — as Child’s Play aptly points out.

“When you consume things, they can consume you and it just becomes a weird kind of black hole of being stuck in this thing,” Henry says of the all-powerful Kaslan and real-life Big Tech.

“I remember when I couldn’t afford Apple anything, and if I did want to get Apple something I had to pinch and save. But now, everything I rely on is Apple. But God help me if my Apple speaker doesn’t link up to my Apple TV, because I don’t know what to do. The thing with terms and conditions and directions is none of us read them, but we all click yes or use the product or whatever.”

Simply put, they’ve got us.

But it has to be said, Child’s Play isn’t all doom and gloom. Yes, it roasts Big Tech like a basement creep hanging from a Kaslan thermostat-controlled boiler pipe (too soon?) — but it also remains true to its stupidly fun predecessors by laying on the comedy nice and thick.

“Let’s call it an exploration,” concludes Plaza, with her standard all-knowing smirk.

“It’s not like any kind of indictment on technology, technological advances, or AI. But it is a what if. There’s maybe some messaging there, like, ‘Hey, if you’re a big tech company, make some cool shit, but let’s try not to kill anyone — and let’s think about the consequences of what we’re doing before we all die.’”

Child’s Play is in theaters now. (Batteries not included.) 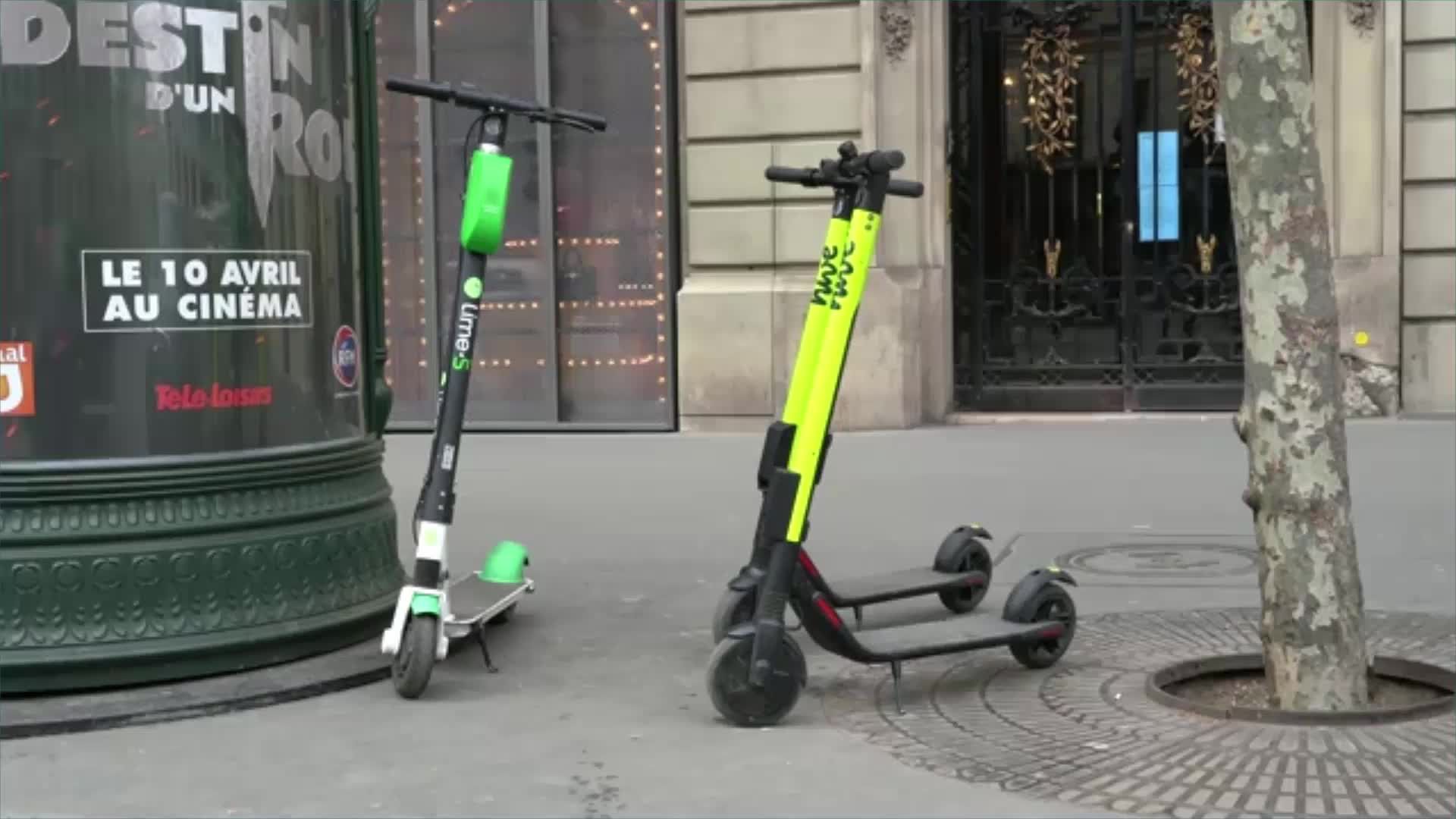 The best returning TV shows of 2019