Game of Thrones came to an end on Sunday, but we still have plenty of burning questions.

From plot holes to cliff hangers, the loose ends left in Westeros after Season 8 are frustratingly numerous. Whole seasons seem pointless, important character arcs lack conclusions, and that feeling that we need a Season 9 remains as strong as ever.

Here are the dangling Game of Thrones plot points destined to plague us forever — or y’know, at least until the book comes out.

What was the point of Jon being Aegon Targaryen?

The story of Rhaegar Targaryen and Lyanna Stark drove Game of Thrones from its very first episode, yet seemed to lose all its importance the moment Jon learned his true identity.

It was the subject of pivotal reveals in the Seasons 6 and 7 finales, and of multiple anticlimactic conversations in Season 8 that ultimately led to nothing. The secret spreads faster than Gendry running to Eastwatch from north of the wall, but the knowledge does nothing to destabilize the monarchy, threaten Daenerys, or even stop Jon from dating his aunt.

After all that buildup, the truth about Aegon felt like an item on the final season checklist — something to be dealt with and then never thought of again. – Proma Khosla, Entertainment Reporter

What about the Second Sons?

Daenerys dumped and demoted Daario Naharis in Season 6 to have him command Meereen with the Second Sons, but something like a battle with the ARMY OF THE DEAD feels like grounds for texting your ex and asking him to bring his best soldiers to Winterfell.

We could’ve had a supremely awkward scene between Daario, Jon, and Daenerys (summed up by Tyrion and/or Varys at the end with a crisp “they fucked”) and the Second Sons could’ve helped fight the dead and contributed to the living’s sad shell of a battle strategy. – Proma Khosla, Entertainment Reporter

Where did Drogon even go?

After Drogon picked up the body of Daenerys and flew out of King’s Landing, it’s pretty much left to our imagination where Drogon is headed. The only clue we get is from Sam Tarly during the small council meeting, who says Drogon was seen flying east. It sounds like Sam is saying “toward Volantis” when he’s cut off by Bronn.

So, Drogon is headed to Volantis? Volantis is directly on the way to Valyria, the destroyed city of legend from which dragons and Targaryens first came from hundreds of years ago. Drogon may be headed back there now that there’s nothing left for him in Westeros or the rest of Essos.

In Season 5, when Tyrion and Jorah were traveling to Mereen, they came near Valyria and saw Drogon flying overhead, so it’s possible that the dragon could be returning to where he once visited. There’s also the wherein Aerea Targaryen left with the dragon Balerion for two years and possibly visited Valyria. When they returned, Aerea was afflicted with horrible worm-like creatures and Balerion, somehow, was wounded.

Game of Thrones introduced an epic form of magic via the Faceless Men, made Arya go through rigorous (and let’s face it, mostly boring) training for it for two WHOLE seasons, only for her to use this insanely special skill to kill the Freys… something that was never mentioned again?

She did not use her face-changing ability ever again, even though Season 8 featured the two biggest wars of the show. Yes, she killed the Night King as her own badass self but don’t you tell me she couldn’t swap faces with Jaime or anyone else for a clandestine, epic Cersei face-off. It would have been better than the rocks. – Saloni Gajjar, Entertainment Fellow

Is Ellaria Sand still trapped in a basement somewhere?

Sigh. Somewhere under the rubble from Dany’s rampage, Ellaria Sand is still chilling with her daughter’s dead corpse.

In Season 7, Euron Greyjoy delivered the Dornish assassin, her daughter Tyrene, and Yara Greyjoy to Cersei as a sign of allegiance. As punishment for killing Myrcella, Cersei then poisoned Tyrene and sentenced Ellaria to watch her dead daughter’s body decompose, promising to keep her alive long enough to see “that beautiful face collapse to bone and dust.”

How long Ellaria remained Cersei’s prisoner is unknown — but it easily could have been long enough that she was still alive in the dungeons during Dany’s hellish takeover.

Whether she was crushed by debris or starved to death, it seems unlikely that the new Prince of Dorne (seen when Bran was chosen as King) wouldn’t bother to follow up on her and Tyrene’s kidnappings. I mean, Dorne isn’t the most historically chill of the Seven Kingdoms, and Cersei did Ellaria real dirty. There’d be hell to pay for someone. – Alison Foreman, Entertainment Reporter

Did Yara Greyjoy forget to finish getting independence for the Iron Islands?

Yara Greyjoy is an intelligent leader. So there’s no way Game of Thrones wanted us to buy that she wouldn’t demand freedom for the Iron Islands as soon as Sansa demanded it for the North and received it, right?

That was literally her one ask from Daenerys when she sailed all the way to Essos to ally with her. She pledged her fleet to Dany and fully expected to rule from Pyke after their win.

Dany might be gone but that doesn’t mean she couldn’t have asked for independence from the new King and his council. Yara contradicting her own smartness just does not track, sorry! – Saloni Gajjar, Entertainment Fellow

What’s the point of the Night’s Watch now?

To be fair, Jon ending up Beyond the Wall feels right in many ways — especially because Ghost finally got the pat on the head he deserved. But in every other way imaginable, Jon coming back to the Night’s Watch made absolutely zero sense.

When the prospect is presented to him, Jon immediately asks the important question of whether the Night’s Watch even still exists. Tyrion waves away the logistics of answering by saying they still need a place to send their bastards and broken things.

OK, so is it just straight up prison now?

While that became a secondary function of the Night’s Watch, its true millennia-spanning purpose was protecting the Wall from White Walkers after the first Long Night. Or when the White Walkers became stuff of legends, it was to keep back the wildling threat.

But now the White Walkers are defeated. And far from being scary enemies, the few Free Folk left are mostly women and children (and Tormund). What’s the point of the Night’s Watch if there’s not even a functioning Wall anymore?

In Jon’s final scene, we see him riding Beyond the Wall with the wildlings, presumably so he can help them rebuild. There are plenty of castles along the Wall that could be restored so the Free Folk could have somewhere safe. But that’s counter to everything the nomadic tribes stand for.

Also if the North is independent now, what does that mean for the land Beyond the Wall? Before there was a physical border between the two places. Now, there’s just more North. Will Sansa be considered ruler of those lands too? Would the Free Folk ever kneel to her? – Jess Joho, Staff Writer 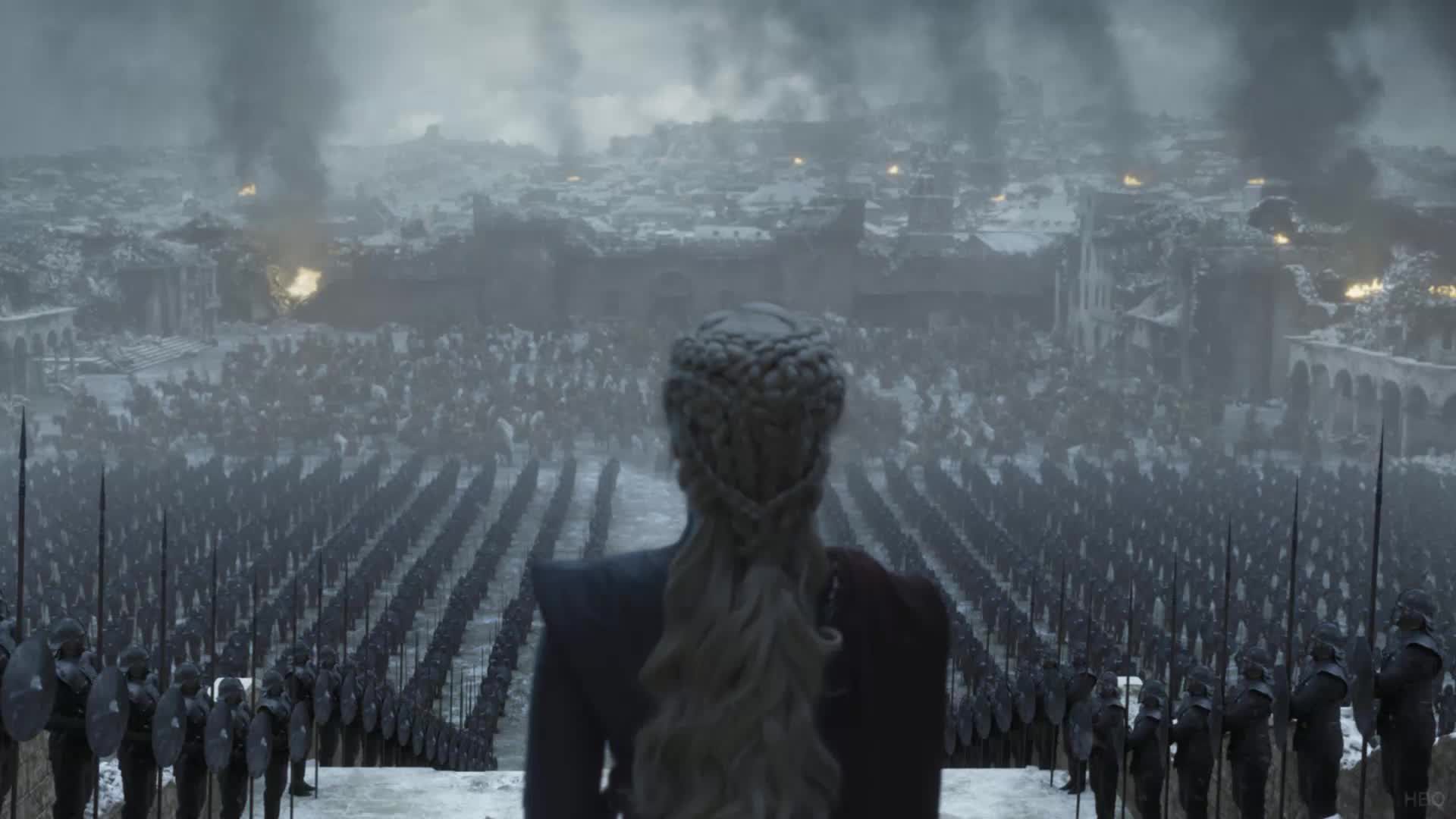 Critics have mixed feelings about how ‘Game of Thrones’ ended