Corruption and demonic creatures are leaking into the world from another dimension, and it’s up to you, a police officer in the specialized Neuron division, to stop it.

How do you fight these demonic creatures? With demonic creatures of your own, of course, and a super-powered police baton. But don’t forget, you’re a police officer at your core! So on your way to these hellish interdimensional portals, make sure you help a few civilians along the way.

This is Astral Chain, a game that’s one part apocalypse, one part menial police work, one part over-the-top action, and one part pure goofiness. At times it’s a very weird combination of these things, whiplashing back and forth between its varied facets with their wildly varying paces. Still, it’s charming, and the combat is exciting enough to keep everything propelling forward.

At the beginning of Astral Chain, players choose to play as one of two orphaned twins. Whichever one you pick, you can customize to your heart’s content. The other gets a set name and appearance, and is fully voice acted. Meanwhile, your choice remains silent for the entire game.

It’s an odd decision, I’d say, and one that makes the main character feel hollow. How come everyone else gets to be directly involved in so much of this game, but the player who is doing more than anyone is basically mute? This detracts a bit from the connection between the player and the world, but it doesn’t ruin the story.

Stop the spread of the malicious corruption polluting the earth

As for the story, it feels like it’s been ripped right out of an anime, with many similarities to one in particular: Neon Genesis Evangelion. The parallels are fun, but at a certain point I thought to myself: really? They’re taking that from NGE, too? I won’t get into spoilery details, but there are too many similarities to ignore.

One of these is the core of Astral Chain itself: the Legions that your player captures and controls with their astral chain. These Legions are chimeras (those interdimensional demons mentioned earlier) that have been bound and submitted to your will.

The Neuron police division you’re part of specializes in using these Legions to defeat chimeras and stop the spread of the malicious corruption polluting the earth. At least some of these chimeras are humans who’ve been corrupted until they turn into violent demons you have to kill.

Oh, also, chimeras are only visible to people with Legions; when you’re riding around on your Beast Legion, regular people would just perceive you as floating around. This is barely addressed in the game, and I’m not sure why this narrative choice was made.

There are a few other odd choices here and there that make things fuzzy. Like the fact that you play as a cop and you’re seen purely as a hero, even though you can use your invisible Legion to violently beat and apprehend people, like a group of street toughs who call you a pig and a handful of graffiti artists. There’s room for plenty of exploration into these morally gray spaces, but Astral Chain never really goes there.

Still, the rest of Astral Chain makes these shortcomings all but melt away with the sheer amount of fun that it delivers.

Combat is the highlight of Astral Chain, which makes sense. After all, it’s a Platinum game and stands alongside other Platinum action titans like Bayonetta and Nier: Automata.

It starts off very simple. The player character has a baton (melee weapon) and a gun (ranged weapon). At the start, it’s a one-button combat system that sees you hacking away at enemies and trying to dodge their attacks to get in some bonus damage.

This game has an amazing soundtrack

Once the Legions are introduced, things get very interesting and very fun. There are five different Legions that you unlock throughout the game, and you can switch between them instantly. They have unique abilities and moves that spice up combat, and you’re able to follow control all of them, making them an extension of yourself in a battle.

The titular astral chain between you and your Legion plays a big part in combat, too, as it can be used to tie up enemies to stun them. Plus, certain Legion abilities turn it into a damage-dealing item or path for extra destruction.

The combat is heightened by Platinum’s signature use of timed dodges and executions to keep the pace flowing well as colorful, inventive enemies throw themselves at you again and again.

To make it all even better, this game has an amazing soundtrack that blends cool electronic tracks with shredding metal that had me bopping my head nonstop.

The combat is a blast, but it’s not all there is in the game. Each chapter (or file) has some police and detective work that can be done. Sometimes it’s optional, sometimes it’s necessary to push the story forward.

For the most part, these cases usually end up with you fighting some chimeras, but there are also a handful of other fun and sometimes goofy objectives to complete, like the one where you dress up as a dog mascot named Lappy and cheer up your fellow police officers.

When progressing through files, there are also a handful of secrets to find, whether it’s secret rooms with enemies to fight and upgrades to collect, or bathrooms to check out and collect dubious toilet paper to give to the police precinct’s toilet fairy (yes that’s real).

Secrets like these spice up the usual progression and make the world that much more intriguing.

If you’re not into all the side cases, you can skip a lot of them and still have a good time, but you’ll risk missing out on some nice upgrades and fun combat scenarios and puzzles.

Astral Chain is out on Nintendo Switch Friday. 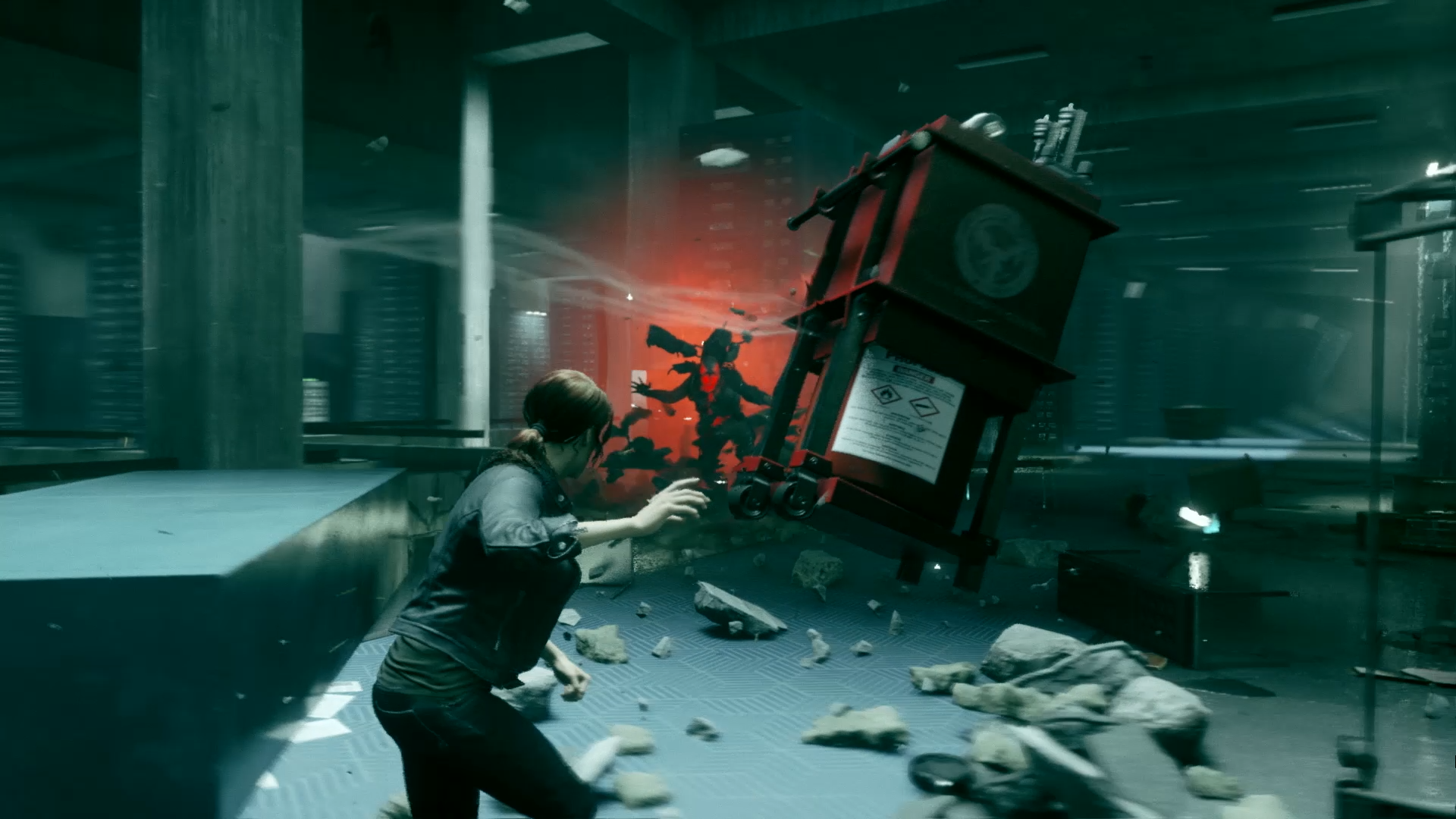 ‘The Dark Crystal: Age of Resistance’ review: A magical must-see