Sure, time in construct, those Fyre Festival tickets were meaningless, and absolutely nothing in I Think You Should Leave makes any sense ever — but if there’s one thing you can count on in 2019, it’s your Netflix subscription.

The streaming service is off to a banging start this year, with countless Netflix original films and series we have obsessed, gushed, and fought over released in just the past six months.

Of course, they weren’t all winners, and some were more worth our couch time than others. So which selections do we think are the best of the best?

Unlike the real Fyre Festival, FYRE was everything we were promised and more.

From the cheese sandwich heard ’round the world to those now infamous orange tiles, Netflix’s take on the social media-fueled demise of scammer Billy McFarland captures everything that made the 2017 catastrophe so engaging online, but with the added bonus of real-world accounts and consequences contextualizing McFarland’s wrongdoings.

If you haven’t yet seen Netflix’s greatest horror triumph to date, then you are undoubtedly better off heading to straight to your couch, pressing play, and foregoing anything we could possibly write about it.

Still here? OK. The Perfection is, broadly speaking, everything and the kitchen sink when it comes to combining horror subgenres. Equal parts chunky and silky, The Perfection is an assault on the senses and sensibilities — relying not only on shocking your adrenaline levels, but subverting horror’s own referential rolodex to keep you off balance.

Just when you think you know what this movie reminds you of, it’s mutating into something else. Nightmarishly controversial and hellishly underrated, The Perfection is nothing if not original.

We can’t stop talking about Dead To Me.

Starring Linda Cardellini, Christina Applegate, and a particularly blue-eyed James Marsden, this so-called “traumedy” has more twists and turns than a hazardous roadway. (Too soon?) In the series’ first ten episodes all clocking in at just 30 minutes a pop, viewers enjoy cliffhanger after cliffhanger as Netflix revels in its most binge-worthy offering.

Silky smooth and spectacularly stylish, each installment of Dead To Me begs to be eaten up with a spoon, and then re-enjoyed with a mellow glass of merlot. Stay tuned for Season 2 in 2020, already all but destined to be on our Best of Netflix list then too.

7. I Think You Should Leave with Tim Robinson Season 1

Look, we can’t explain Tim Robinson and his outlandish comedic genius to you anymore than we can justify men incessantly tugging on their t-shirts. Some things must be accepted at face value.

Hilarious, surprising, relentless, horrifying, sensational, and bizarre, I Think You Should Leave Season 1 is so good that it almost made Mashable’s Kellen Beck spit out his coffee… and his gift receipt.

Sit back, relax, and enjoy. Then, buckle up for more: Season 2 is already in the works.

We love ODAAT for a lot of reasons.

Hilarious, heartfelt, and important, this underdog sitcom champions accurate and warm representation with each and every beat. Unceremoniously cut short by Netflix in March, the story of the Alvarezes, a Cuban-American immigrant family, did more for on-screen inclusivity than every well-intentioned, non-apology Netflix has tweeted in the #RenewODAAT outcry.

In addition to being an essential step forward in Hollywood’s glacial move towards on-screen diversity, ODAAT is also just great television. If you want to laugh and feel good, then watch it.

Seasons 1 – 3 are still streaming, and worth every minute you’ll give them. (You can thank us later.)

5. Always Be My Maybe

OK. Netflix could have cast Randall Park and Ali Wong opposite each other in a toothpaste commercial, and we still would have obsessed over it. Luckily, Always Be My Maybe is pretty fantastic all-around.

The standout rom-com of Netflix’s year thus far, ABMM combines the best of authentic storytelling, the best of idealistic romancing, and the best of Keanu Reeves (sorry, John Wick) to create a unique and electric blend all its own. Surprising, delightful, and weird, ABMM elevates the tried-and-true tactics of its genre predecessors to tell a story never before explored on-screen.

At this point, one might think it an impossible task to subvert superhero tropes any further than countless films already have. And yet, here stands The Umbrella Academy.

Based on the comics by Gerard Way and Gabriel Bá, this tale of super-siblings reconciling their problematic upbringing feels as close to an adult dramedy as the genre may ever allow. Fun and full of feeling, this is one binge-worthy series even skeptics should check out.

Oh, and a Season 2? Already in flight.

Everyone loves a good story about buddies. But turn those buddies into birdy buddies?! Well, just call me an ambulance right now, because I will not be OK!

Starring Tiffany Haddish and Ali Wong as the titular Tuca and Bertie, Netflix’s tale of two twenty-something fowl coping with life after leaving the nest captures more about the human experience than most stories featuring actual humans. It’s a lot like BoJack Horseman, but with more absurdity, less controversy, and even deeper feeling. (Plus, more plants!)

Heartbreaking and delightful, Tuca & Bertie will have you emoting with every sentiment in your feelings box. Oh, and when you get to the Jelly Lakes? Time to call your best friend.

You haven’t lived until you’ve screamed “It’s my vagina!” at the top of your lungs in a crowded auditorium. Or maybe you have. We don’t know! That’s your personal experience, and consequently none of our business!

As Mashable’s Proma Khosla pointed out in her review of Sex Education Season 1, the series’ unrelenting willingness to allow its adolescent characters to explore (or not explore) sexuality at their own pace is a large part of what makes it such phenomenal viewing.

“As television continues to expand its world of stories, we find inclusivity extending,” Khosla notes. “Sex Education’s diversity includes race, sexual orientation, socioeconomic status, gender, and a skillful study of sexuality and sex drive itself. The show’s title refers as much to its characters’ sex education as to its audience’s.”

Co-created by Natasha Lyonne, Amy Poehler, and Leslye Headland, Russian Doll is a metaphysical comedy series following a young woman named Nadia “on her journey as the guest of honor at a seemingly inescapable party one night in New York City.”

Part Groundhog Day and part ode to existentialism, Russian Doll remains the best show Netflix has put on in 2019. Heck, maybe the best show they’ve put on ever. (Thursday! What a concept. Amiright?)

Whether it’s your first viewing or your twentieth rewatch, bask in the magic that is this show for as long as you possibly can. Then, buckle up for that promising/concerning/completely mystifying Season 2. It is on its way. 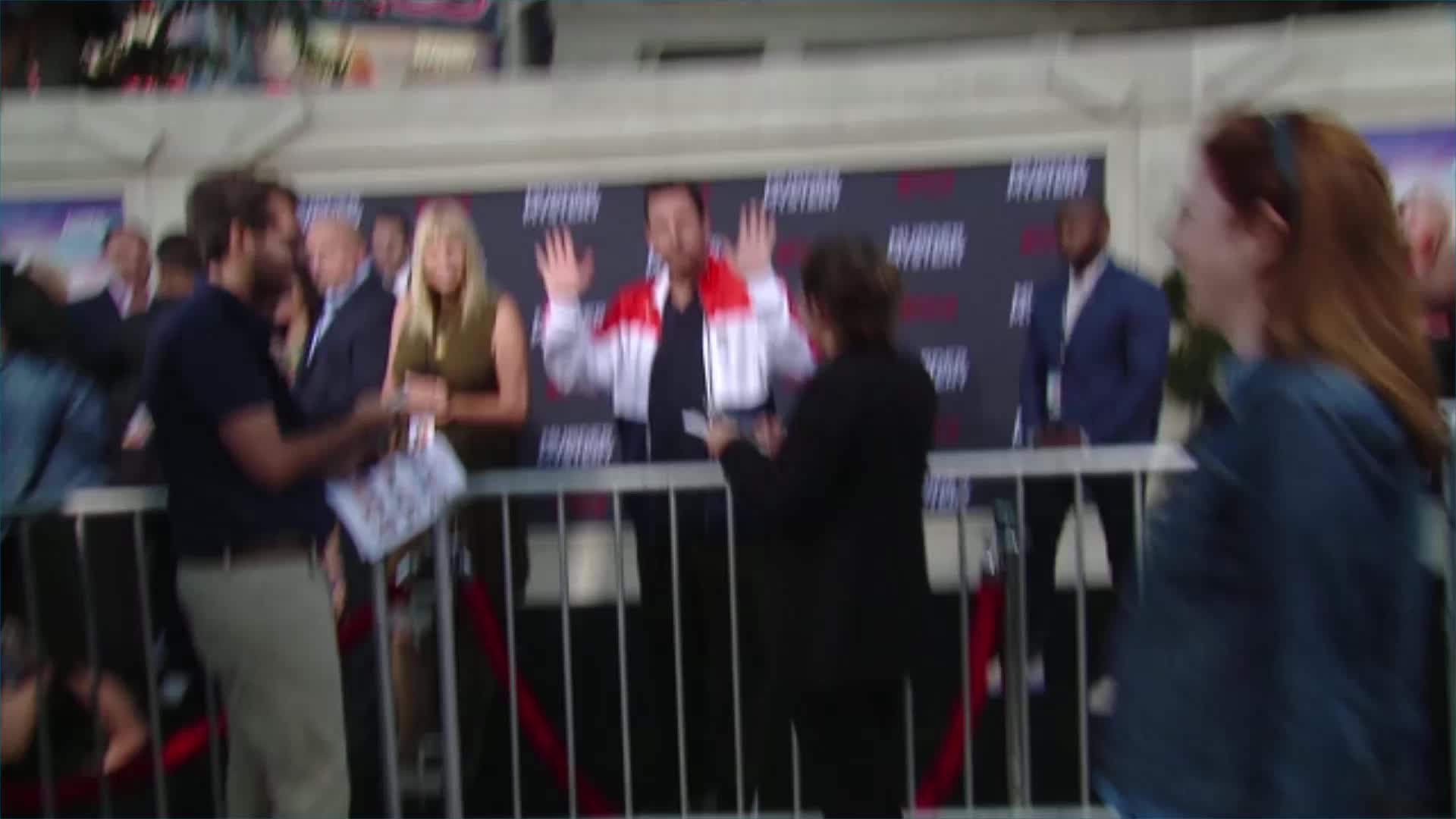 What critics thought of ‘Spider-Man: Far From Home’

Mary Trump lambasts Ivanka: ‘She doesn’t do anything’

Mary Trump lambasts Ivanka: ‘She doesn’t do anything’