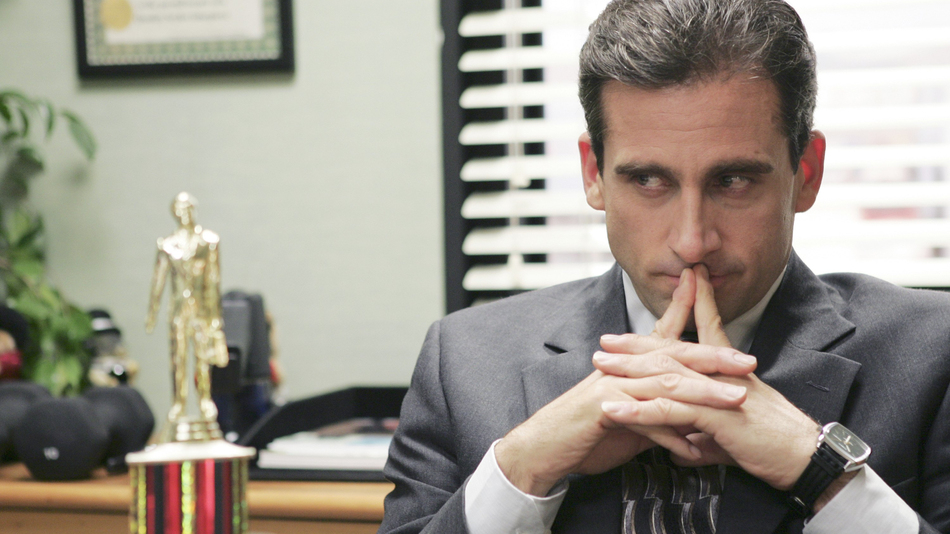 Fans of The Office who are looking for a meaningful way to celebrate the show’s 15th anniversary are in luck. On March 24, a comprehensive oral history of the series — full of behind-the-scenes stories and interviews with creators, cast members, and writers — will be available for purchase.

The Office (The Untold Story of the Greatest Sitcom of the 2000s: An Oral History) is written by Andy Greene, a senior writer for Rolling Stone and the Office expert who gave the world an oral history of the show’s “Dinner Party” episode back in 2018.

Greene conducted a whopping 86 interviews for this book, which he combined with archival material, past show-related interviews, and quotes from DVD commentaries. The end result is a masterful, captivating story of The Office’s nine season run on NBC that will give fans a deeper understanding of what it was like working on the show, and offer a heavy dose of nostalgia.

The book dives into The Office’s origin story, recalls the thorough casting process, unpacks fan-favorite episodes like “The Dundies” and “The Injury,” and shares the emotional details of Steve Carell’s impactful departure.

Here are 10 of the best behind-the-scenes revelations the book has to offer.

1. The level of planning that went into “Casino Night” was no joke

“Casino Night” wasn’t just the Season 2 finale of The Office. The episode, written by Steve Carell, will forever be remembered by fans as the pivotal moment in the series when Jim confessed his love to Pam and the two shared a kiss in the office.

Writers, cast members, and crew knew that the kiss had to be perfect, so they spent weeks meticulously planning out every little detail. From the blue dress that Pam wore during the kiss to the dimly lit room, everything associated with the romantic plot line was scrutinized. There were long planning meetings, as few people as possible on set during shooting, and Jenna Fischer and John Krasinski were even kept apart for an hour before the kiss so that when they finally reunited things would feel more genuine. Obviously all the planning paid off, and viewers were given one of the most intimate moments in the series.

2. The many almost spin-offs of The Office

As The Office continued to successfully grow its fanbase over the years, talk of launching a spin-off was going on behind-the-scenes. Some, like producer Ben Silverman, felt that spin-off should have been Parks and Recreation. But once Rashida Jones’ character was introduced as Ann Perkins instead of Karen Filippelli, that dream died.

Throughout The Office’s nine seasons, various other spin-off ideas were pitched. Greg Daniels dreamed of doing a family mockumentary spin-off, but then Modern Family swooped in with that same plan. At the end of The Office’s ninth season, The Farm — a spin-off that focused on life at Dwight Schrute’s beet farm — was brought to the network. Paul Lieberstein planned to run the show, but NBC never picked it up.

3. The episodes that never were

The Office produced 201 episodes over the course of its nine-season run, but a bunch of unused ideas were still floating around the writer’s room. Some pitches were as small as Michael having clear braces is an episode, and others were fully fleshed ideas like “Pet Day,” an episode Greg Daniels wrote that didn’t get filmed because of the 2007 Writer’s Guild of America strike. In the un-produced episode, everyone took their pets to the office and viewers would learn that Michael Scott has a parrot named Jim Carrey. Some of the ideas are truly wild.

4. Some of the funniest Office moments were based on real-life experiences

Fans of Jenna Fischer and Angela Kinsey’s Office Ladies podcast know that the writers and show creators of The Office often based scenes and episodes, like “Office Olympics,” off of real-life experiences. The oral history elaborates on this, and reveals that some fan-favorite moments — such as when Michael fell into a koi pond and drove into a lake, the Stamford office played Call of Duty, and everyone ran past that speed radar gun — were inspired by personal experiences.

Even Michael’s signature “That’s what she said” joke began as a real joke in the writers’ room. The writers said it so often that they eventually decided to write it into the script.

Something a lot of fans never really got was why Jim Halpert — a hopeless romantic known for making grand gestures and giving perfect gifts — proposed to Pam in a gas station parking lot in the rain.

The answer? Greg Daniels wanted the proposal to take place midway between New York and Scranton, and he felt that it happening at a gas station showed that Jim couldn’t wait another second. “Momentous events can happen to us in a place that we least expect it,” Daniels said.

Turns out the gas station was based off of a real rest stop that Daniels often visited when driving in Connecticut. They were unable to shoot at the real gas station, so they recreated the rest stop and a four-lane parkway on an airport runway for a ridiculous cost of $300,000!

6. Steve Carell might be the nicest person in Hollywood

If there’s one thing you’ll take away from this oral history, it’s that Steve Carell might just be the nicest guy in Hollywood. For pages and pages Carell’s former colleagues gushed over what a professional, talented, humble, kind, and genuine person the actor is. Carell’s time on the show wasn’t always easy, and he was often overworked, but he rarely complained, never stopped bringing his A-game, and was always elevating the performances of those who shared his scenes.

To this day everyone who worked on the show is upset Carell didn’t win an Emmy for his role as Michael Scott, and many are holding out hope that one day an honorary Emmy will be awarded and justice will be restored.

7. His departure from the show was tougher than fans knew

Fans of The Office know that Carell left the series after Season 7, but the details surrounding his departure were never crystal clear. The oral history changes that, and very little is left to interpretation. Those who worked closely with Carell explained that he was fully prepared to continue his role as Michael Scott, but after poor communication on the network’s end (no one offered him a new season contract) he decided not to renew. Carell didn’t want to leave the show, and his fellow cast members were so upset that they could barely get through filming the farewell episode.

Everyone who worked on the show held an emotional going away party for Carell in the warehouse, where he made a speech full of “That’s what she said!” jokes.

After Carell left, the show as a whole changed forever. His departure also left the Scranton office was without a steady Regional Manager, which proved to be a real challenge in terms of casting. As temporary characters (played by everyone from Jim Carrey to Will Ferrell) shuffled in and out of Michael’s office, the writers debated whether Michael’s replacement should be an existing character or an outsider.

After a lengthy search, everyone found an actor they were really excited about: James Gandolfini. Paul Feig and B.J. Novak met with Gandolfini to chat about the role, and though the Sopranos star was very complimentary he wasn’t sure if he was right for comedy. Apparently Gandolfini eventually said yes to the role, but then hesitated before things became official. The Office ended up casting James Spader.

9. Jim and Pam were supposed to split up at the end of the series

When Daniels returned to the show for Season 9, he did so with a plan to break up Jim and Pam. The idea was that the two would split, but then there there would be a reunion episode where they would come together again. The writers set out to push the beloved couple apart, but after a messy plot line that involved Brian the boom operator (Chris Diamantopoulos,) John Krasinski stepped in. He advocated for fans and told writers to get Jim and Pam back together ASAP, and thankfully they did.

Like most present-day discussions of The Office, the oral history also addresses the idea of a potential reboot. An initial reboot plan started percolating in Season 9, after Clark Duke and Jake Lacy joined the show. They were set to be Dwight 2.0 and Jim 2.0 on another series like The Office, but it never came to be.

Nowadays, many of the cast members are pro-reboot (or at least down to record a holiday special), and while NBC would clearly accept a revival with open arms, Daniels still doesn’t know if the show should be revisited. He’s not totally against the idea, and says he’s willing to think about it.

It seems only time will tell.

The Office (The Untold Story of the Greatest Sitcom of the 2000s: An Oral History) is available now.