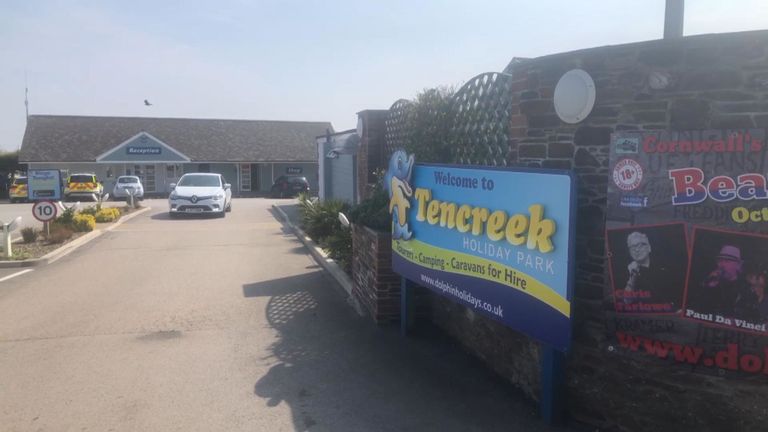 A woman who was arrested after a boy was killed by a dog at a caravan park in Cornwall has been released under investigation.

The 28-year-old woman was detained on suspicion of manslaughter and having a dog dangerously out of control hours after the attack at Tencreek Holiday Park in Looe on Saturday.

Emergency services tried to save the youngster, 10, after finding him unresponsive inside a caravan at the venue at just before 5am, but he died at the scene.

Officers from Devon and Cornwall Police arrested the woman 17 miles away in Saltash around three hours later, while the dog – believed to be a bulldog-type breed – was taken to kennels.

The force said on Sunday that she had been released under investigation, with enquiries still ongoing as to how the boy, who has not yet been named, was attacked.

Management at the holiday park, located on the Cornish coast, offered their “deepest sympathies” to his family, who police said were guests from the Plymouth area.

“Clearly our thoughts are very much with the family involved-they have our deepest sympathies,” Tencreek Holiday Park said a statement.

“Tencreek Holiday Park staff are to be commended in the way they have dealt with a very distressing incident.

Holidaymakers rent out static caravans at the park, which also has pitches for tents and motorhomes, and facilities include an indoor swimming pool, sports pitch, kids’ club and a restaurant.

Malcolm Bell, from Visit Cornwall, said the attack was not reflective of holidaying in the county.

“It’s obviously a tragedy and your heart goes out to the family and all those affected,” he said.

“Unfortunately we do have these dog incidents across the whole of the country, unfortunately too frequently, and it’s just happened to be in Cornwall this time.”