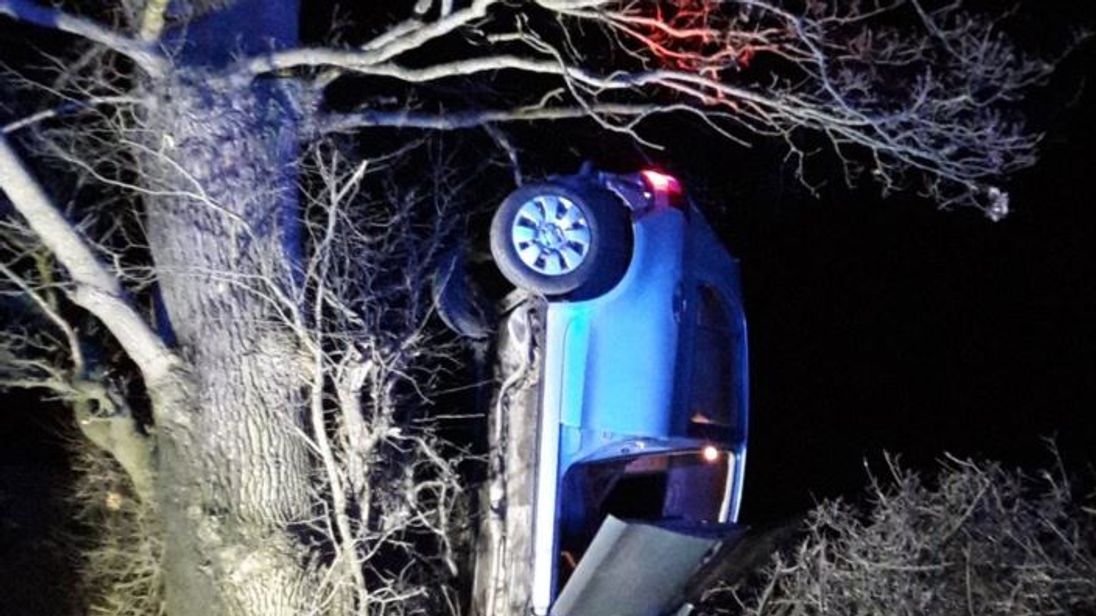 A woman has been arrested on suspicion of drink driving after a crash that left a car vertical in a tree.

The blue vehicle dramatically overturned after smashing into a telegraph pole on the B4386 at Cruckton, near Shrewsbury in the early hours of Sunday.

West Mercia Police posted a picture of the crumpled vehicle held up in branches with the front of the car pointing to the ground.

The force said the driver failed a roadside breath test and was arrested after the crash which, remarkably, caused only minor injuries for her and at least one passenger.

It came on a weekend of chaos on the roads with police reporting multiple crashes as Storm Deirdre led to treacherous conditions.

Shropshire Fire and Rescue Service sent two crews from Shrewsbury shortly before 6am and the ambulance service was also called.

Is the public falling out of love with Meghan over rumours of tantrums?