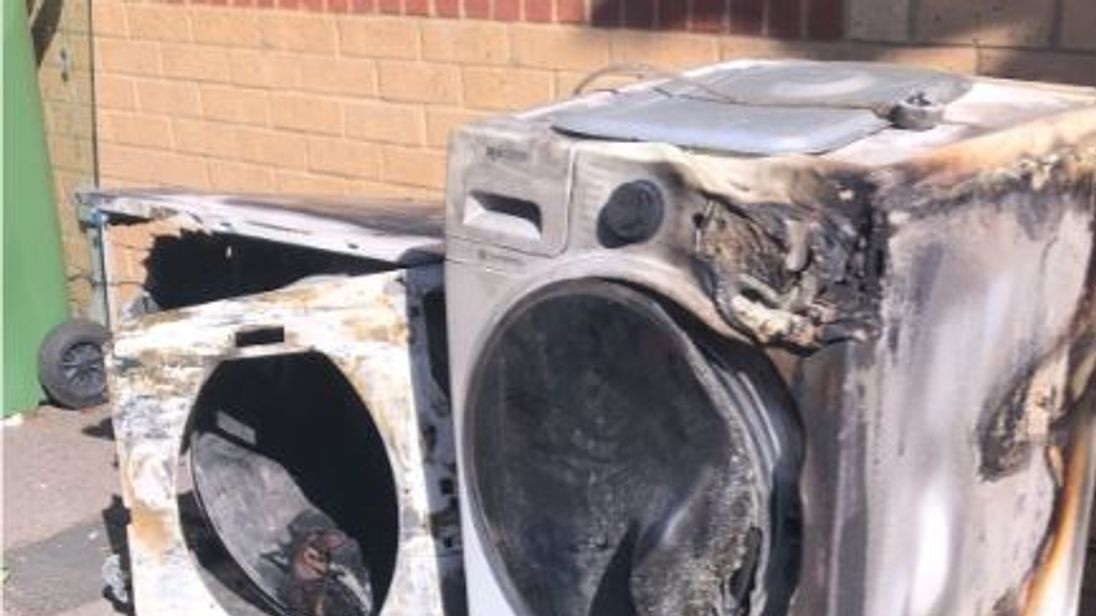 Hundreds of thousands of tumble dryers that pose a fire risk are still in people’s homes.

Whirlpool has issued an urgent appeal for owners of the faulty machines that have not yet been replaced or modified to come forward.

The firm launched a full recall involving 500,000 dryers in July, but said only 65,000 owners have so far come forward.

The company said it was vital owners got in touch “as a matter of urgency”.

The recall, which was ordered by the Office for Product Safety and Standards (OPSS), relates to certain models of Hotpoint, Indesit, Creda, Swan and Proline dryers built between 2004 and 2015.

Ahead of the recall, some 1.7 million had already been modified during a safety campaign launched in 2015 following the discovery of a fault that allows fluff from clothes to reach heating elements.

In evidence previously given to MPs, Whirlpool revealed in recent years it had logged 54 fires in its tumble dryers and that three of those were in models that had already been updated.

Whirlpool vice president Jeff Noel said: “We’re hugely grateful to everyone who has come forward so far, but, if there are people still out there with affected dryers, please contact us immediately.

“Nothing matters more to us than people’s safety, so it’s absolutely vital that we can identify where these affected dryers are and resolve the issue.

“We can assure consumers that we are doing everything we can, and that we can quickly provide a remedy as soon as they get in touch.”

Anyone with an affected dryer have been instructed to unplug it immediately and stop using it.

Customers should call 0800 151 0905 or visit ww.whirlpool.co.uk/dryerrecall to check if their dryer is affected.

Vanessa George: Paedophile nursery worker to be banned from Devon and Cornwall after release | UK News

Coronavirus: Health effects of a COVID-19 recession ‘could be worse than the pandemic’ | UK News

Experts warn coronavirus lockdowns should stay until there’s a vaccine

Coronavirus: Health effects of a COVID-19 recession ‘could be worse than the pandemic’ | UK News

Experts warn coronavirus lockdowns should stay until there’s a vaccine