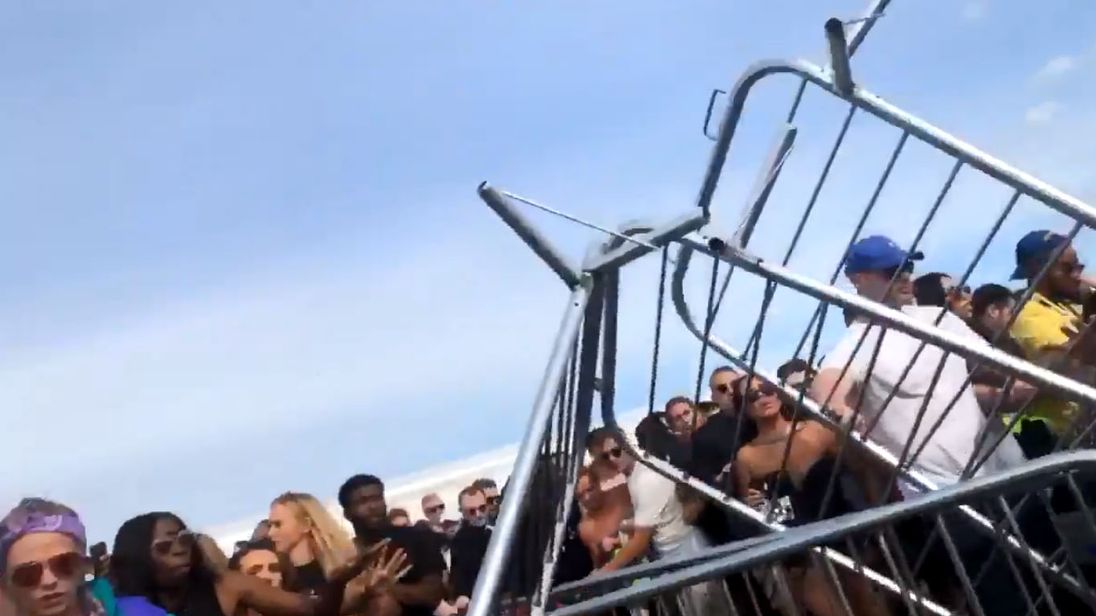 A number of revellers “collapsed” after they were forced to queue for hours to get through security gates at a London festival.

Videos shared on social media sites appeared to show crowds pushing through security barriers at Upminster’s We Are FSTVL.

According to reports, a lack of wristbands was to blame for the delays that left dozens of people without access to shade or water.

“Very disappointing! No organisation! No proper security – and leaving people stuck like this with no water in this heat! Felt like I was gonna pass out,” Roshpayne1 wrote on Twitter.

Natasha Milburn tweeted: “Three hours in the sun, with no water nor toilets. You say it’s for our safety at security but people were passing out and getting seriously dehydrated.”

Jacob Winton posted: “Don’t know what my fave part of We Are FSTVL was, the three and a half hour queue with no water in 20+ degree heat or watching people getting fully hit with railings while the security did nothing.”

In a statement, festival organisers offered “sincere apologies” for anyone that experienced delays.

It comes as the event brought in a cashless system, where revellers had to pick up electronic wristbands to use for purchasing food and drink on site.

<a href='https://news.sky.com/story/sky-views-its-time-for-sport-to-talk-about-the-things-that-make-men-uncomfortable-11729220'>It's time for sport to talk about the things that make men uncomfortable</a>