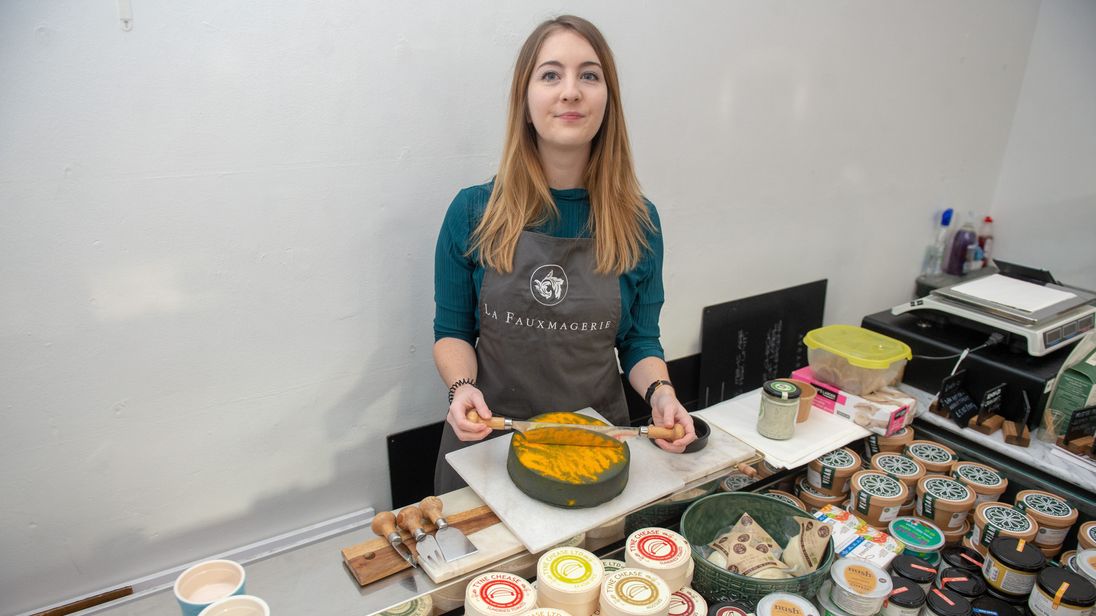 A row has broken out between the dairy and plant-based industries over the use of the word “cheese”.

Dairy UK, which represents farmer-owned co-ops and private dairy companies, has written to a vegan cheesemonger in south London to tell them not to describe their products as cheese.

Sisters Rachel and Charlotte Stevens received the letter shortly after opening their Brixton ‘Fauxmagerie’ which stocks non-dairy cheeses from a variety of suppliers.

Rachel is a vegan and Charlotte is lactose-intolerant, and the sisters, originally from South Wales, say they will “work hard to ensure all our products are 100% animal and animal derivative free”.

But Dairy UK has taken issue with the comparison to cows’ milk and animal milk cheeses, saying the company cannot use the same word under EU law.

A spokesman from Dairy UK said: “While we recognise there’s a market for both dairy and vegan products, some of the information provided on La Fauxmagerie’s website does not appear to be in line with rules which are in force across the EU protecting dairy terms.

“It concerns us that consumers are being misled with the use of dairy terms like cheese by the plant-based sector. Only products which are real dairy cheeses can use the term ‘cheese’.

“Plant-based products are simply not dairy in any sense – from a taste or nutrition perspective.

“Dairy UK has a duty to ensure the nutritional and health benefits of real dairy are recognised by and communicated to consumers. It is fundamental to protect the consumer from product descriptions which are misleading.

“We have written to the owners of La Fauxmagerie to kindly ask them to remove any undue reference to ‘cheese’ from its website.”

In a statement posted to Instagram, the Stevens’ said: “Interestingly, the word cheese originates from the Proto-Indo-European word ‘kwat’ which means to ferment or sour; a process which our nut and soy-based products undergo.

“We believe that by stating we are plant-based and 100% vegan in our tagline and all of our media we are not misleading our customers into thinking they are purchasing dairy products in any way. Nor are we making any comments on the nutritional value of dairy cheese.”

They added that they feel there is enough room for everyone in the market and invited people to the south London store.

In June 2017 the European Court of Justice (ECJ) ruled against non-dairy companies using words like butter and cheese in relation to their products, following the terms for tofu butter used by German company TofuTown.

However it did not relate the ruling to some products including almond milk, coconut milk and peanut butter.

The EU ruling and current law will not automatically apply to the UK after Brexit on 29 March.

However, the Cheese and Cream Regulations 1995 does indicate that cheese for human consumption should be made from milk, or whey in the case of whey cheese.