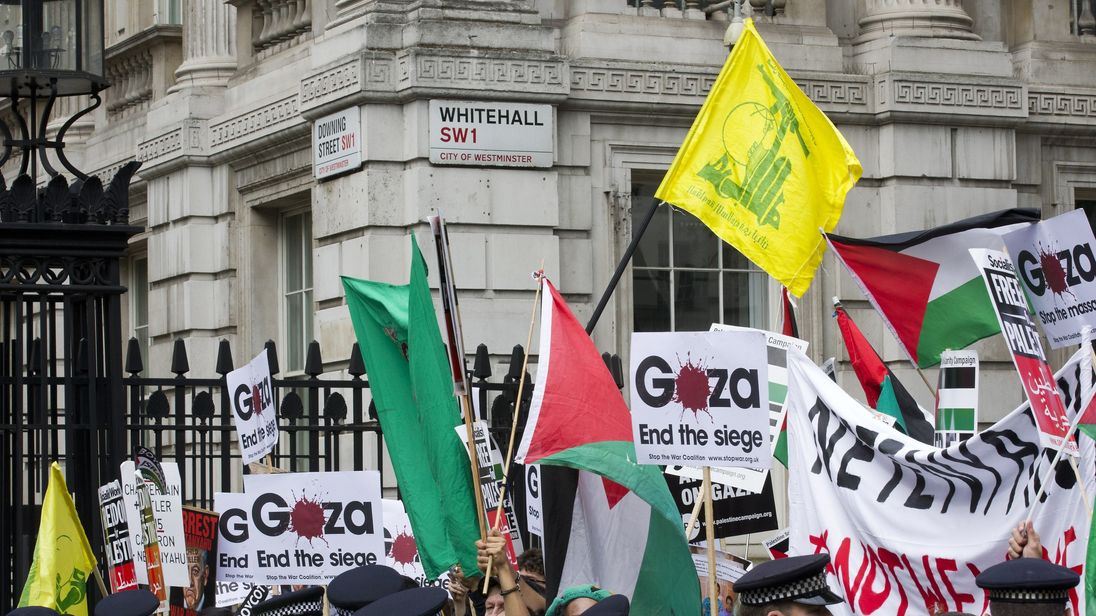 Britain is to ban Hezbollah under anti-terror laws, the home secretary has announced.

The Lebanon-based group’s military wing is already outlawed, but the ban will be extended to its political arm.

Sajid Javid said: “Hezbollah is continuing in its attempts to destabilise the fragile situation in the Middle East – and we are no longer able to distinguish between their already banned military wing and the political party.

“Because of this, I have taken the decision to proscribe the group in its entirety.”

Anti-Semitism and hate crime has no place in our city. I’ve raised my deep concerns about the support shown for Hezbollah at the annual Al Quds march in London on a number of occasions – and the fact the Home Secretary has finally listened and is taking action is welcome. https://t.co/OsSEUKEQuT

The move, to be ratified on Friday, brings Britain in line with allies including the US, where President Donald Trump has made isolating Iran – Hezbollah’s sponsor – a central part of his Middle East policy.

It means anyone convicted of being a member of, or drumming up support for the group could face a maximum sentence of 10 years in jail.

Even wearing or carrying something which could provoke a “reasonable suspicion” of being a member would be an offence and lead to a six-month sentence.

Up to this point, the UK had resisted banning the group in its entirety because it provides social and political functions in Lebanon and has formed part of the country’s government.

Its external security organisation was banned in 2001 and its military wing was proscribed seven years later.

Hezbollah – or the Party of God – is a Shia Muslim movement which was founded during the early 1980s with financial backing from Iran.

The group is “committed to armed resistance to the state of Israel, and aims to seize all Palestinian territories and Jerusalem from Israel”, according to the UK’s official register of banned groups.

“Its military wing supports terrorism in Iraq and the Palestinian territories,” it adds.

The decision, long called for by MPs and Jewish groups, was welcomed by, among others, London Mayor Sadiq Khan, who said it was “long overdue”.

It is likely to go down badly with Labour leader Jeremy Corbyn, a long-time supporter of Hezbollah.

Student rape: Three-quarters of all attacks not reported | UK News