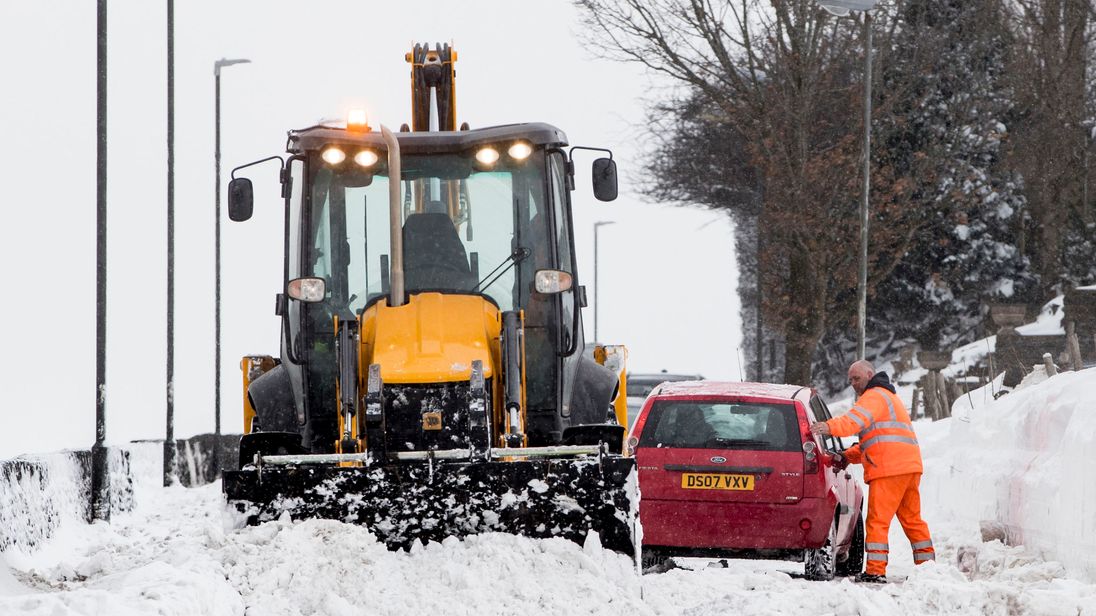 The annual rate of growth in the UK economy has been downgraded because of a bigger-than-expected hit from last winter’s snow.

The Office for National Statistics (ONS) said that while gross domestic product (GDP) growth for the second quarter had been left unchanged at 0.4% following its latest revision, it had cut its estimate for output during the previous three months.

It now calculated that disruption, particularly to the construction sector, from the so-called ‘Beast from the East’ was worse than originally anticipated.

It revised growth between January to March to a figure of just 0.1% from 0.2%.

It meant, the ONS said, that the annual rate of growth had therefore fallen to 1.2% from 1.3%.

Economists had been expecting no change.

The ONS added that while there had been no change to its output figure for the second quarter of the year, a 0.7% fall in business investment had been noted in the run-up to the UK’s departure from the EU.

Sterling – boosted in recent days by more positive language on the prospect of a Brexit deal – fell to an 11-day low of just above $1.30 as the information was digested.

Separate figures from the ONS showed the country’s balance of payments shortfall – the difference between money flowing in and out of the country – had got bigger and stood at £20.3bn between April and June.