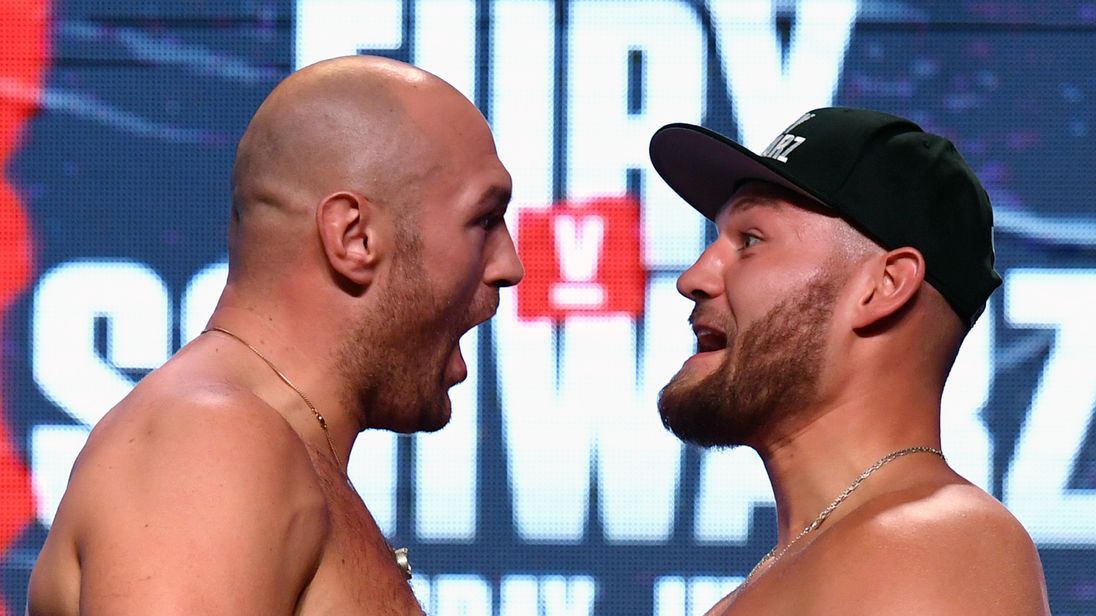 British boxer Tyson Fury has won his bout against German Tom Schwarz in Las Vegas after knocking him out in the second round.

It means “The Gypsy King” extends his unbeaten run of fights to 25.

He was fulfilling a life-long ambition to fight in Las Vegas at the world famous MGM Grand, and showed his destructive edge that justified the interest he has generated in the US.

It was Fury’s first bout since his draw against Deontay Wilder in December 2018, where he showed himself to be one of the world’s best heavyweight boxers during the thrilling fight.

After his fight against Wilder, he signed a deal with ESPN to fight in the US against a low ranked opponent.

The relatively unknown Schwarz threw in the towel after only two minutes and 54 seconds once Fury had unleashed his power on him.

Speaking to BT Sport after his fight, Fury said: “Thank you America and God bless you all! The key tonight was to enjoy myself, use the jab, I was slipping and sliding.

“I put on an extra 12lbs and I really feel it, I’m back, the lineal champion, bring them all on!”

He also confirmed he will fight again in September or October.

Before the fight, Fury draped himself in the American flag, and he walked out into the ring at the MGM Grand sporting a pair of shorts adorned with the same pattern.

<a href='https://news.sky.com/story/sky-views-lets-hope-the-uk-has-a-strategy-to-thwart-foreign-espionage-and-rivalry-11742639'>Let's hope the UK has a strategy to protect its tech from espionage and rivalry</a>