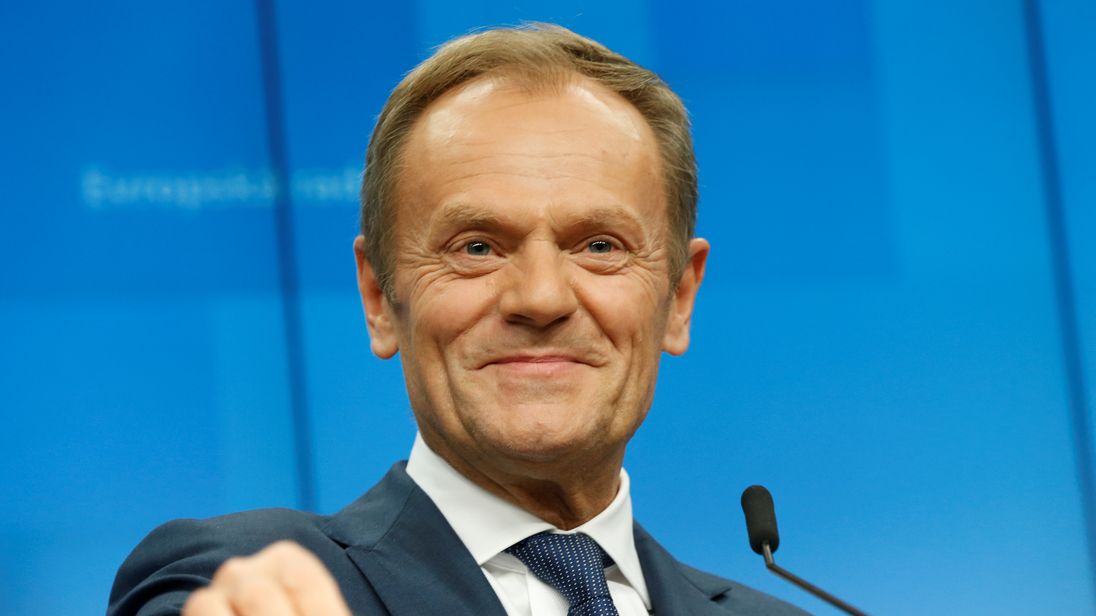 The UK cannot be treated as a “second category” member of the EU if it ends up taking part in the European elections, Donald Tusk has said.

The European Council President has been addressing the European Parliament about the bloc’s decision to grant a Brexit delay to the end of October.

“One of the consequences of our decision is that the UK will hold European elections next month,” he said.

“We should approach this seriously, as UK Members of the European Parliament will be there for several months, maybe longer. They will be full Members of the Parliament, with all their rights and obligations.

“I am speaking about this today because I have strongly opposed the idea that during this further extension, the UK should be treated as a second-category member state.

“No, it cannot. Therefore, I also ask you to reject similar ideas, if they were to be voiced in this House.”