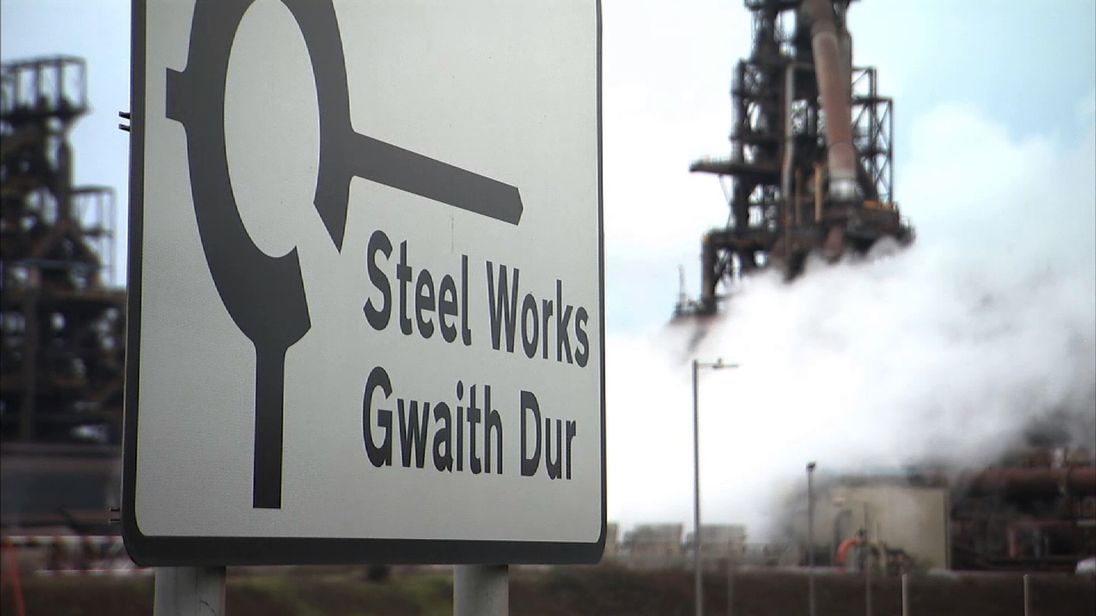 The trustees of the £10.5bn British Steel Pension Scheme (BSPS) are in secret talks to offload it two years after it was handed £550m to secure a rescue of the UK’s biggest steel producer.

Sky News has learnt that the BSPS board has kicked off discussions with a number of insurance giants about a blockbuster buyout of the scheme.

The talks will determine the future responsibility for paying pensions to tens of thousands of c‎urrent and former workers at the vast Port Talbot steelworks in Wales.

The only deal of comparable size came last year when Rothesay Life acquired a ‎£12bn annuity portfolio from Prudential, covering about 400,000 policy holders.

Rothesay is understood to be among the parties to be in early-stage talks with the steel trustees, who are responsible for meeting pension obligations to more than 80,000 scheme members.

Both L&G and Pension Insurance Corporation‎, the other major player in the bulk annuity market, are also expected to be interested in striking a deal.

One source close to ‎the scheme said the talks were at a very preliminary stage, and amounted to a feasibility study aimed at assessing options for the trustees.

Any transaction, they said, was unlikely to be finalised until next year, and was not guaranteed to take place.

Completing a buyout would be a landmark in a corner of the financial markets that has exploded in recent years.

Scores of blue-chip companies, including British Airways and BT Group, have agreed to pension risk transfer disposals as a way of creating certainty for shareholders about future financial commitments.

If a buyout of the BSPS does go ahead, it would involve an insurer receiving a payment and then taking on responsibility for a scheme that has been at the centre of several controversial episodes in recent years.

An agreement in 2017 involved Indian-owned Tata Steel injecting a £550m lump sum and handing a 33% stake in its UK business to the pension scheme in return for switching it to a defined contribution plan paying out reduced benefits.

There remain questions about the value of and security provided by that equity stake ‎given the torrid conditions in the UK steel industry.

Tata Steel, which acquired Corus – itself previously called British Steel – more than a decade ago, has just seen a merger with Germany’s Thyssenkrupp blocked by Brussels.

The Indian-owned company argued two years ago that without an agreement to jettison and restructure the BSPS, its UK steel operations would be bankrupt.

More than 85% of its pension scheme members opted to transfer to the new plan, with some others opting to move into the Pension Protection Fund, the industry-funded lifeboat.

However, the restructuring became mired in scandal when it emerged that‎ workers at Port Talbot were being targeted by unscrupulous financial advisers.

More than 800 steelworkers were persuaded to give up their guaranteed pensions by moving out of the scheme, a mis-selling inquiry by the Financial Conduct Authority discovered.

The City watchdog was accused by Frank Field, chairman of the Commons work and pensions select committee, of “closing the door after the horse has bolted – after people’s life savings and retirement plans have been compromised”.

The BSPS is now well-funded, with a £2.2bn non-cash accounting surplus disclosed last year by the company.

That announcement prompted calls from trade unions for the company and trustees to agree to restore more substantial payouts.

Earlier this year, a new trustee board was appointed, and is now chaired by Keith Greenfield, a former finance director at Royal Sun Alliance’s life insurance business.

This week, Tata Steel‎ also announced a shake-up of its European leadership, appointing Henrik Adam as its new chief executive.

Despite the BSPS’s full name, the Tata Steel-sponsored fund is entirely unrelated to British Steel, the Scunthorpe-based steel producer which collapsed into liquidation proceedings last month.

This weekend, government sources said they remained hopeful of securing ‎a number of proposals to acquire the whole company ahead of a deadline at 5pm on Sunday.

Greg Clark, the business secretary‎, is understood to have agreed with officials and advisers that the deadline would be extended to accommodate serious bidders whose offers may be delayed.

Approximately 25,000 jobs at British Steel – which was bought by Greybull Capital from Tata Steel in 2016 for £1‎ – and in its supply chain hinge on the outcome of the sale process.

Both Tata Steel and British Steel have been hit by the uncertainty over post-Brexit trading arrangements, with the latter forced to seek emergency state funding in April to meet its obligations under an EU scheme for industrial polluters.

Analysts expect the outlook for the UK’s steel industry to remain bleak for some time, with the sector now the subject of an inquiry by MPs on the business select committee.

A spokesman for the BSPS trustees declined to comment on Saturday.