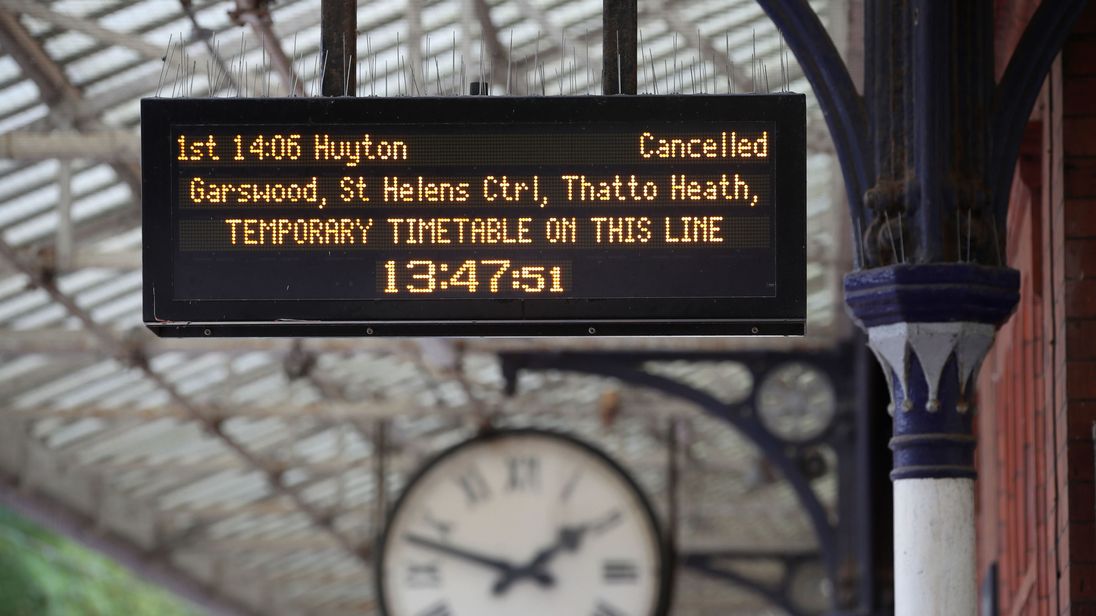 Train punctuality fell to a 13-year low in the 12 months to December, latest figures show.

Data published by the Office of Rail and Road (ORR) showed 14.6% of services missed the industry’s public performance measure (PPM) of punctuality in the year to 8 December.

It comes as passengers face widespread disruption to their plans over the Christmas break with lengthy closures and reduced services on key routes and at major stations, as well as one-day strike action on South Western Railway.

Analysis of the latest ORR data by the Press Association showed the annual rolling average for punctuality has not been worse since September 2005.

The PPM figure is based on whether a train arrives at its destination within five minutes of its scheduled time, or ten minutes for a long-distance service.

Over the past year, problems have been caused by the “Beast from the East” cold snap followed by the summer heatwave, as well as the botched introduction of new timetables on parts of the network in May and a long-running industrial dispute.

Below is a list of the proportion of train services missing the PPM for each train operating company for the 12 months to 8 December:

Meanwhile, the following problems were being experienced by passengers on Thursday:

:: No Gatwick Express until 2 January

:: Reduced services in and out of London St Pancras until 1 January

:: Reduced services in and out of London Waterloo until 28 December

‘Wives of British brothers’ die as 4×4 plunges off bridge