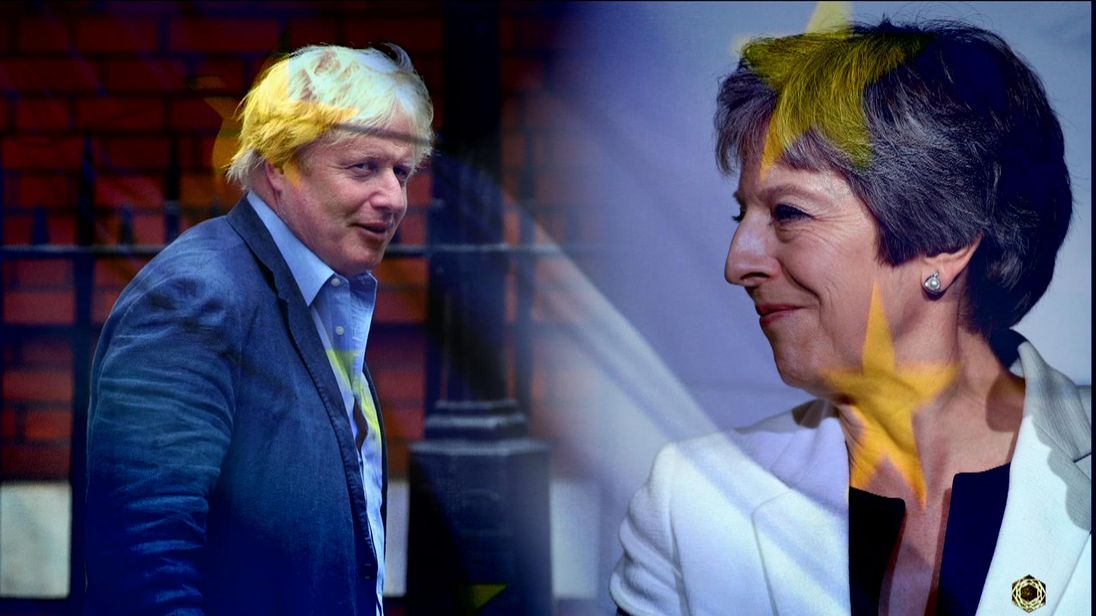 Leading Conservative donors have thrown their weight behind Theresa May’s leadership by warning the party’s MPs that ousting her would pave the way for a Jeremy Corbyn-led government.

Sky News has learnt that top Tory financiers have been asked to sign a letter to be circulated to the party’s MPs ahead of a vote of confidence in the prime minister’s leadership later on Wednesday.

One recipient of the letter, who did not wish to be named, told Sky News that donors accounting for roughly half of the Tories’ voluntary annual funding had agreed to sign it.

“As senior donors to the Conservative Party, we are writing in support of the ongoing leadership of Mrs May,” the letter is understood to say.

:: Who has vowed to back Theresa May to continue as leader?

It claimed the PM was “hugely respected across the country,” adding: “Changing the leadership would imperil these negotiations, with unintended consequences for Brexit and our country, and risk a Corbyn government.”

Brandon Lewis, the Tory chairman, is expected to brief MPs on the letter ahead of the ballot on Mrs May’s leadership, which opens at 6pm.

It was unclear whether all members of The Leader’s Group, the top-tier donors’ club for which membership costing £50,000-a-year, had been asked to sign the letter.

One Brexit-backing donor said he had not received a request to do so.

In addition to the letter, Sir Mick Davis, the party’s chief executive, is understood to have asked donors to tweet or publicly express support for Mrs May.

One donor said the assumption that Mrs May would now set a date for her departure if she won Wednesday’s vote of no confidence had convinced a number of wavering financial backers to support her.

“All roads now lead to Norway-plus or a second referendum,” he said.

:: The confidence ballot takes place between 6pm and 8pm tonight, with the result at 9pm. Follow live on Sky News

UK’s most Googled people and stories of 2018