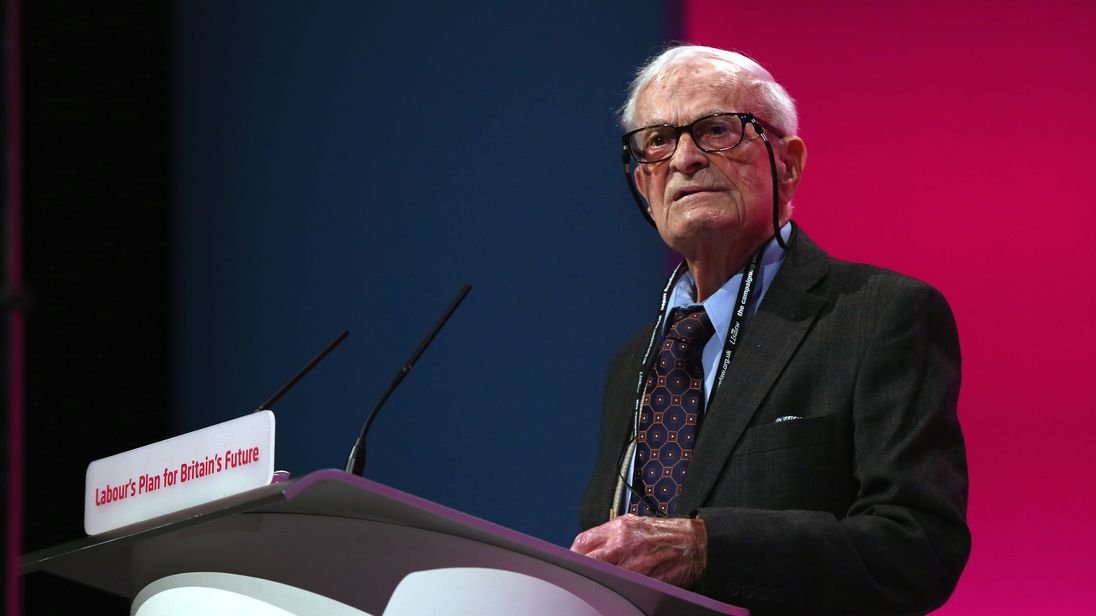 Labour leader Jeremy Corbyn, economist Danny Blanchflower and writer Matt Haig were among those tweeting support for the 95-year-old after he became unwell in Canada, where he was visiting his son.

At about 4pm GMT on Monday – about 11am in Canada – Mr Smith’s son John tweeted his father had been admitted to A&E “not in a good way” and that he had taken over the Twitter account, as per his father’s wishes.

This is Harry Leslie Smith’s son, John. Harry is in A & E and not in a good way. He asked me to inform you in case things don’t work out. I will keep you posted.

Mr Smith, who was in the RAF during WWII and lived through the great depression, has become a vocal advocate for socialist policies, arguing neo-liberal forces had degraded the welfare state built after the conflict.

He rose to prominence four years ago after making an impassioned speech in support of the NHS at Labour’s 2014 conference, calling his childhood, before public healthcare, a “barbarous time” and criticising government austerity.

At 94, he pledged to spend the last years of his life travelling to refugee spots to document the suffering caused by displacement in the hope that his age and following could create a “rallying cry” for action.

After it was announced he was ill, Mr Corbyn wrote: “Please pass on my best to Harry. We need him to get well soon as the National Health Service, and our movement, needs him.”

Anyone who tells you that men shouldn’t cry is a fool because I’ll tell you I wept in the shower this morning as I thought about what I can lose very soon or what I will lose in a short time because Harry is 95. #IStandWithHarry

As Mr Smith’s condition stabilised, but remained critical on Monday, his son continued to keep his 241,000 followers updated.

As well as describing how the veteran was doing, the account became a “raw feed” of John’s thoughts, a narrative on the relationship between the father and son and the “loneliness to standing vigil”.

John tweeted that over the last five years he had grown closer to his father, never leaving his side for more than a day, and described how Mr Smith, at 82, had cared for him following a heart attack.

“We laughed, we argued, we learned from each other. I became his friend while still letting him remain my dad,” he wrote.

He tweeted that Mr Smith, in a moment of consciousness, had asked him to buy a tin of Quality Street for the nursing staff.

By Tuesday afternoon, John updated that Mr Smith was still in a critical condition but had been allowed a cup of tea and some toast cut into small pieces.

“24 hours in and Harry is still in emerg waiting for an ICU bed thanks to the politics of austerity in Ontario,” he wrote.

We send each other psychic messages