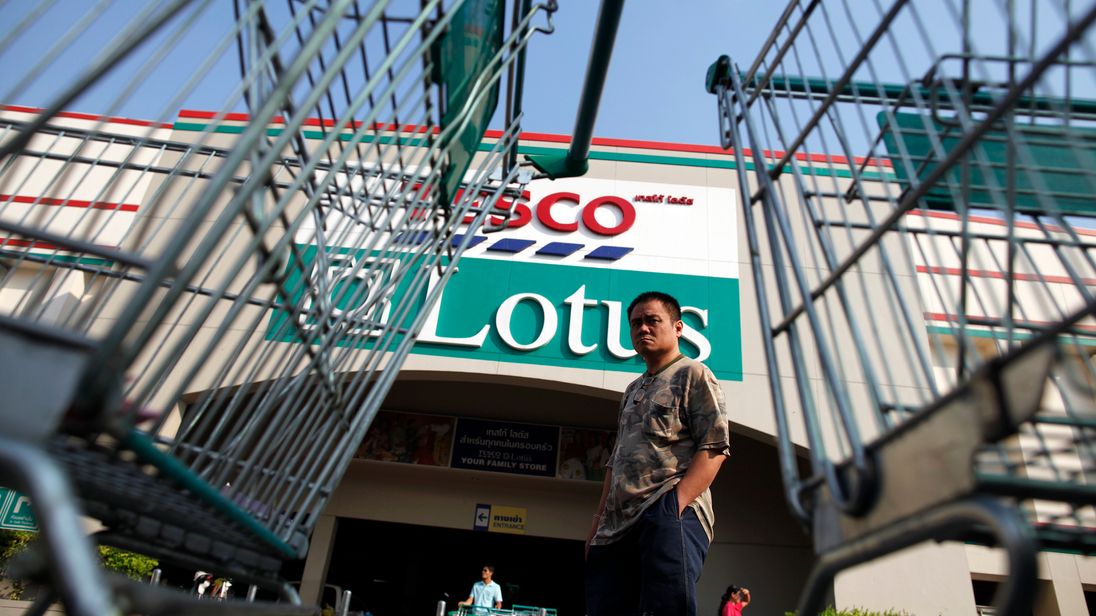 Britain’s biggest retailer, Tesco, is considering selling its stores in Thailand and Malaysia.

The supermarket giant has more than 2,000 shops in both countries, which trade as Tesco Lotus.

If, following a review, it goes ahead with the sale of its remaining Asian businesses, it would signal a further retreat from the company’s one-time global ambitions.

Tesco’s only other overseas operations, apart from Ireland, is its loss-making central European division, which has stores in the Czech Republic, Hungary, Poland and Slovakia.

The firm said in a statement: “Tesco confirms that, following inbound interest, it has commenced a review of the strategic options for its businesses in Thailand and Malaysia, including an evaluation of a possible sale of these businesses.”

It added: “The evaluation of strategic options is at an early stage, no decisions concerning the future of Tesco Thailand or Malaysia have been taken, and there can be no assurance that any transaction will be concluded.”

The market responded positively to the move, with shares rising 4% to 242p in early trading.

Only in June, Tesco had said it was well placed to grow in Asia, particularly in Thailand, highlighting an opportunity for 750 new stores over the “medium term”.

However, under chief executive Dave Lewis the focus of investment has been the UK, underlined by the £3.7bn takeover of the food wholesaler Booker last year.

Over the last five years, he has overseen the turnaround in the fortunes of the company, rocked by record losses, an accounting scandal, overambitious expansion and competition from budget rivals.

With Mr Lewis at the helm, Tesco has cut thousands of jobs and seen the closure of dozens of sites announced in 2015.

The chain has also been offloading its international businesses in recent years.

In 2015, the company sold its South Korean arm to a group led by private equity firm MBK Partners for $6.1bn.

The following year it sold its Kipa business in Turkey to Migros, the country’s largest supermarket chain.

Under its previous management, Tesco had pulled out of Japan, the US and China.

Mr Lewis, described by one leading analyst as “the bloke that saved Tesco”, announced in October that he would step down next summer, declaring that the “turnaround is complete”.

He will be succeeded by Ken Murphy, a former executive at healthcare group Walgreens Boots Alliance – the owner of high street retailer Boots.

On the potential sale of its operations in Malaysia and Thailand, Clive Black of Shore Capital Markets said that Asia is “a jewel in Tesco’s crown”.

He added: “We would expect any interest, should it come through to a transaction, to involve substantial monetary sums, which could in turn result in a material distribution to shareholders albeit remove a key growth strand for the group.”