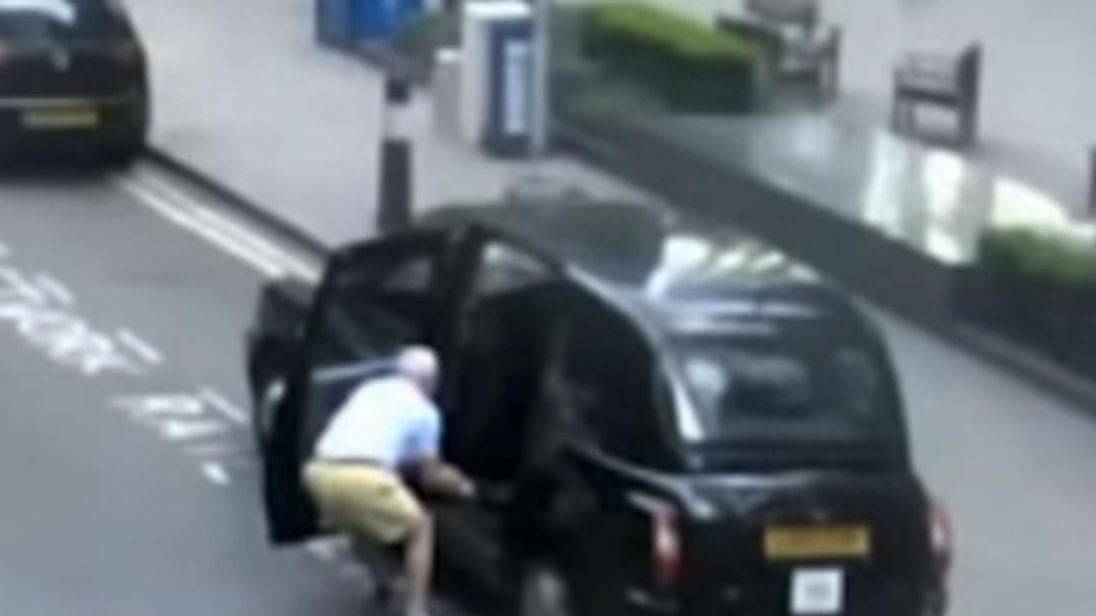 Police are hunting a taxi driver who was caught on camera dragging an unconscious passenger from the car and leaving him in the middle of the road.

City of London Police have released CCTV footage of the incident which happened just after 6am on 16 May.

It shows a man being pulled from the back seat by his feet and hitting his head, before the driver gets back into the taxi and drives off.

The man was found 15 minutes later by an off-duty police officer.

While the officer and another person were helping the man, the driver reappeared and can be seen walking past.

Although the driver spoke to the officer, he did not mention the victim had been in his vehicle.

The London Ambulance Service was called and the man was taken to hospital.

PC Christopher Hook, from City of London Police, said: “We would like to speak to anyone who witnessed this incident in May.

“To forcibly move a vulnerable person from your taxi and to leave them lying in the middle of the road is appalling and we need to find the man that did this.”