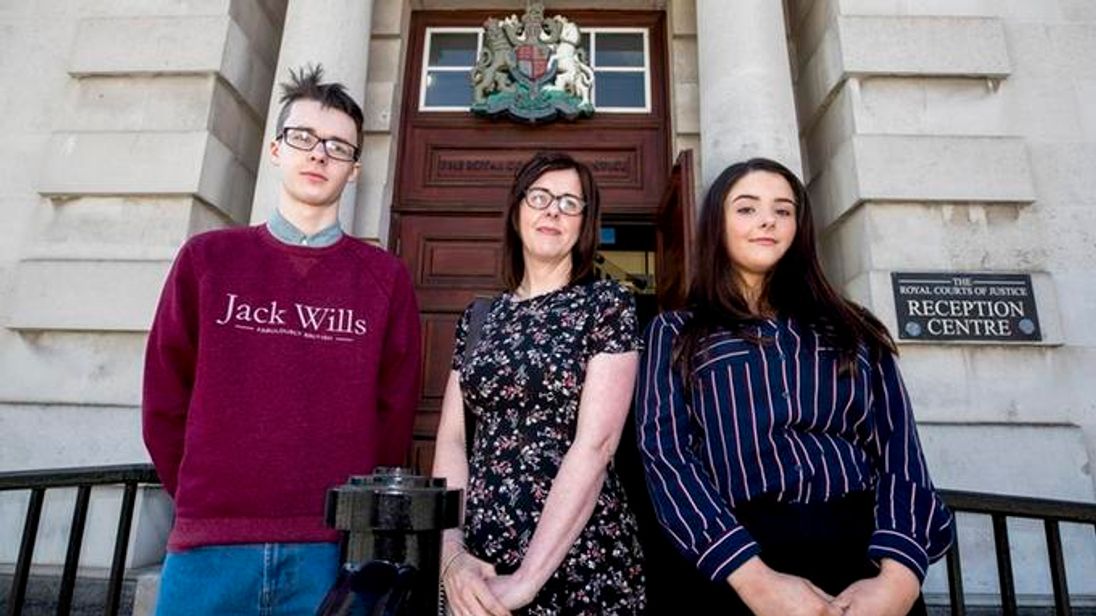 An unmarried mother-of-four is to find out whether she has won her Supreme Court battle to access widowed parent’s allowance.

The 46-year-old from Armoy, Co. Antrim, took her fight to the UK’s highest court after being refused the allowance because the couple, who had been together for 23 years, were not married or in a civil partnership.

She said her case was never about her, but about justice for her grieving children, and accused the government of treating them as “insignificant”.

Following Mr Adams’ death, Ms McLaughlin, who works as a special needs classroom assistant, had to take on an evening job to help pay the bills.

She initially won a case after claiming unlawful discrimination based on her marital status, but that ruling was later overturned by the Court of Appeal.

Her lawyers told the Supreme Court, which sat in Northern Ireland for the first time in April, she should be treated equally to a married couple with children after the death of the breadwinner.

Frank O’Donoghue QC, representing Ms McLaughlin, said the benefit is not for the married couple but for the survivor and children – and claimed there is no evidence proving current restrictions promote marriage.

The court also heard from Helen Mountfield QC, for the Child Poverty Action Group, who argued the ruling is incompatible with international law and “penalises” children whose parents are not married, treating them as “less worthy”.

Lawyers for the Department for Communities argued against Ms McLaughlin’s case.

They said the eligibility stems from having children but the benefit is not for them, as it is described as a benefit for the survivor.

The current maximum widowed parent’s allowance is £113.70 a week.

The Supreme Court’s ruling is expected to be announced later.

Coronavirus stimulus checks will start being sent in next 3 weeks: IRS

Ian Bremmer breaks down Trumps response to the coronavirus crisis

Coronavirus stimulus checks will start being sent in next 3 weeks: IRS

Ian Bremmer breaks down Trumps response to the coronavirus crisis