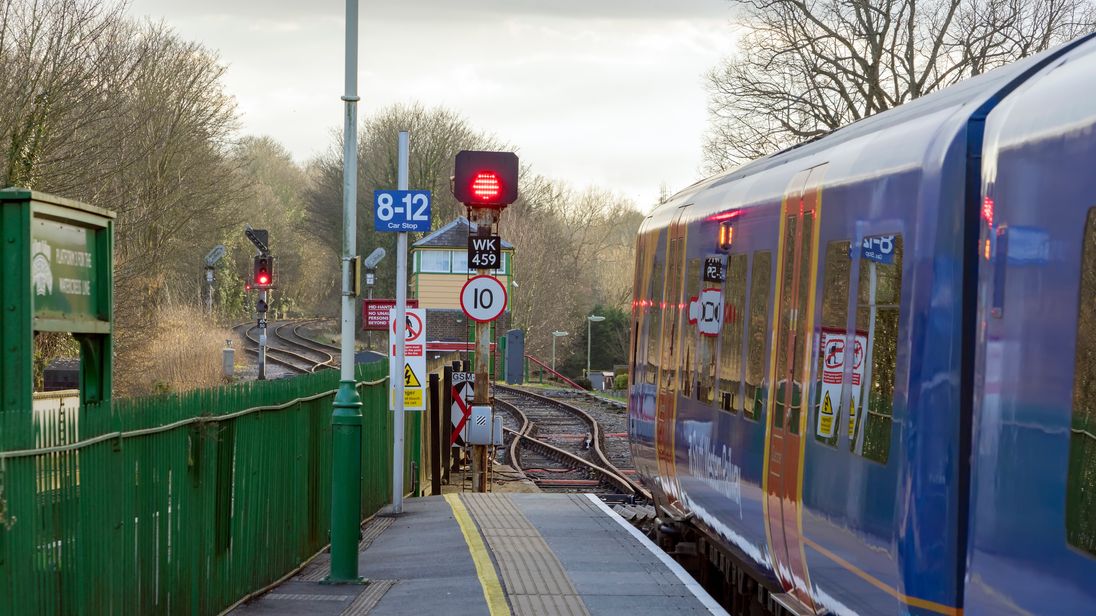 South Western Railway (SWR) is cancelling nearly half of its services – some 800 trains a day – during the four-day walkout by members of the Rail, Maritime and Transport (RMT) union.

The 35th strike since the dispute started almost two years ago, it will hit services between London Waterloo and other stations including Portsmouth, Reading, Exeter, and Weymouth.

The union said members were “rock-solid” on the picket lines on the first day of industrial action and called on the rail operator to “get serious” in reaching an agreement.

The train company said it remained “committed to finding a solution” to the ongoing quarrel.

RMT general secretary Mick Cash said: “Our members are standing united and rock-solid on their picket lines again this morning on this first day of the latest phase of strike action in the fight to put safety first on South Western Railway.

“Despite all our efforts to pin down an agreement that honours promises made by SWR, and which protects the safety-critical role of the guard at the platform/train interface, the company have played fast and loose and attempted to kick this fundamental issue into the long grass.

“RMT members have not come this far in the long fight for safety on South Western Railway only to be snubbed when a deal is clearly there to be done.

“It is now down to the company to get serious and listen to what their own staff are saying.”

An SWR spokesman said: “The RMT has always said it wanted us to keep the guard on every train, which is what we have offered as part of a framework agreement.

“We want to move the conversation on to how we operate our new trains and take advantage of the new technology on board to benefit our customers.

“We remain committed to finding a solution that will help us build a better railway for everyone.

“During strike action, while services are likely be busier than usual, we will do everything we can to keep customers moving.

“We will be running just over half our normal timetabled service over the course of the four days and have rail replacement services and ticket acceptance in place on other transport providers wherever possible.

“We will also look for opportunities to introduce extra services each day to help keep our customers moving so recommend checking the SWR app for the latest travel information.”