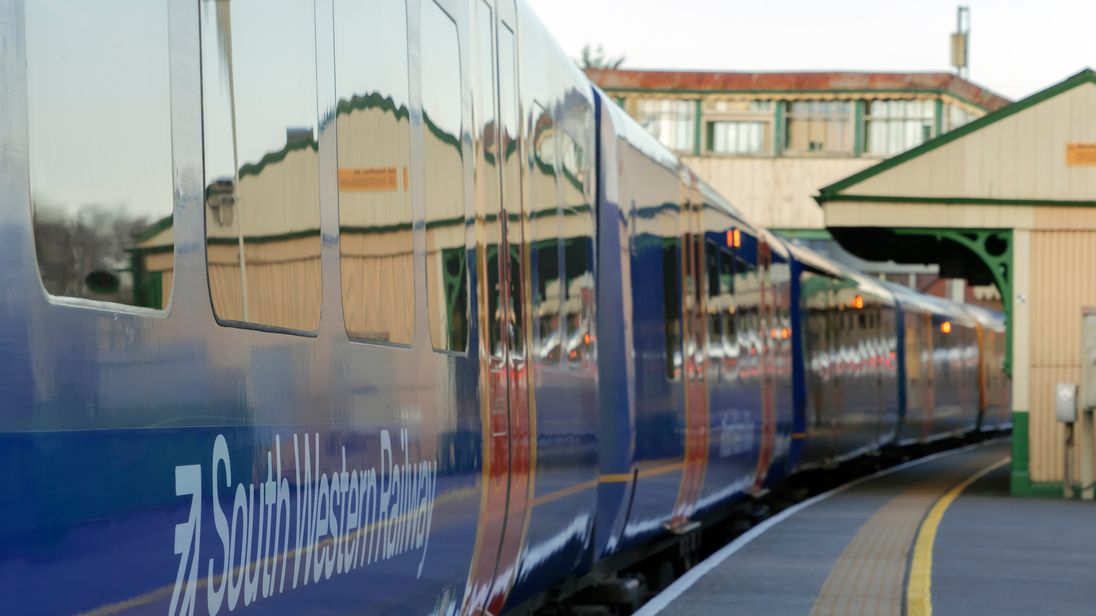 Commuters were left red-faced after what sounded like audio from a pornographic film was broadcast on a train’s loudspeaker system.

In a video posted on Twitter, passenger Paul Brunton captured the moment giggling travellers were forced to listen to the sexual sounds on their journey.

It appeared as if a South Western Railway employee had accessed the X-rated material while a microphone was live, accidentally broadcasting it to the unsuspecting commuters.

One woman in the video is heard asking: “Is that coming from the driver?”

Amid the confusion, another answers: “No, it’s someone’s phone.”

Transport for London responded to the clip on Twitter, saying: “Oh dear 😳🙈 Thankfully not one of our trains or drivers 😂”

The video, which has received almost 800,000 views, attracted hundreds of comments from amused social media users responding with puns and innuendos.

“At least someone’s enjoying the commute to work,” wrote one, while another added: “The grade school giggles are cracking me up.”

A South Western Railway spokesperson apologised for the incident and said the operator was investigating.

“South Western Railway has a policy of blocking inappropriate material, including pornographic websites, on its onboard and station Wi-Fi services,” they said.

“We are investigating this incident to establish how this material was broadcast on our service.

“Yesterday’s incident is wholly unacceptable and we apologise to customers.”