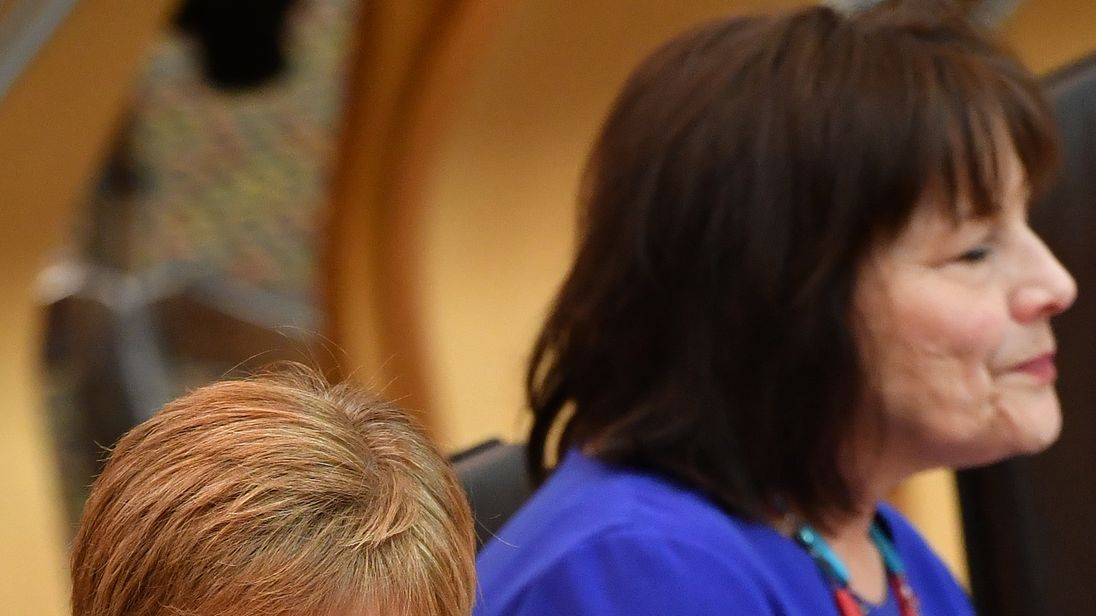 The SNP has apologised after a “clerical error” meant it reportedly sent out thousands of European election letters without the right names on them.

Scottish Liberal Democrat leader Willie Rennie got a direct mailshot addressed to “Edna”, while Scottish Labour health spokesman Monica Lennon wanted to know who “George Mackie” who lived in her house was.

There are also reports of one woman in the Berwickshire, Roxburgh and Selkirk constituency getting 30 letters posted to her, but not one with the right name on it.

First Minister Nicola Sturgeon’s SNP said “some” of the 400,000 letters sent had the wrong name on them.

Mr Rennie joked: “I will insist that @NicolaSturgeon addresses me as Edna in the @ScotParl.”

Ms Lennon asked: “Who is George Mackie and why does @NicolaSturgeon think he lives in my house?”

Opposition members raised concerns of a data breach, but the SNP said it was a clerical error, and there was no issue of any data or identity theft.

Scottish Conservative MSP Murdo Fraser said: “The SNP has become so incompetent it can’t even carry out a simple mailing exercise.”

He added: “This wasn’t just inconvenient and confusing for tens of thousands of householders.

“It’s a very serious data breach, and one that could land the party in all kinds of trouble.

“The SNP should apologise immediately, and refer itself to the Information Commissioner.”

An SNP spokesman said: “On Thursday mail arrived with some electors that had the wrong addressee name on the letter.

“A clerical error has been identified in our office. We have been in touch with the ICO, but there is no ongoing issue with the integrity and security of data or any issue of identity theft.

“We wish to apologise to the electors affected.”

Fire tablets are back on sale, plus more tablet and laptop deals this week

Save on all kinds of accessories

Billionaire calls for Zuckerberg and Sandberg’s removal from Facebook

Fire tablets are back on sale, plus more tablet and laptop deals this week

Save on all kinds of accessories

Billionaire calls for Zuckerberg and Sandberg’s removal from Facebook