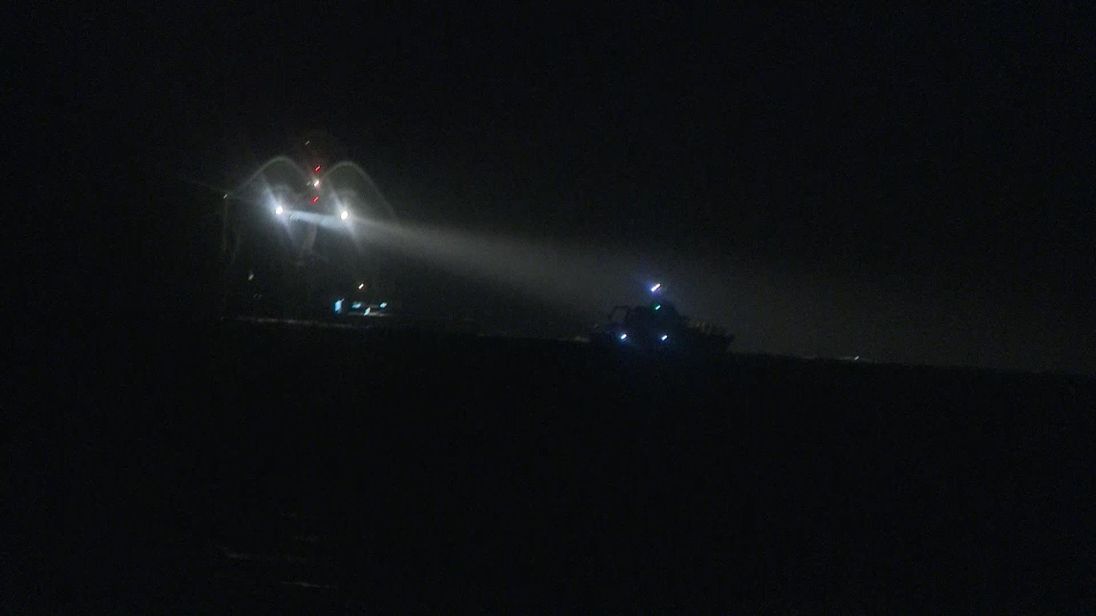 Sky News has witnessed the rescue of a migrant boat in the English Channel.

Around eight migrants aboard a small dinghy were picked up by French authorities with the help of the UK coastguard and returned to Calais in the early hours of Sunday morning.

More than 100 migrants are believed to have tried to get to the UK in the past month using small dinghies to cross the English Channel.

On Thursday another two boats were saved with 14 onboard and on Saturday morning French authorities rescued five migrants in French waters.

Most are wearing little more than a tracksuit or a coat, with some suffering from hypothermia by the time they’re picked up.

The spike in the number of cases is believed to reflect a belief that the UK border will be shut after Brexit next March.