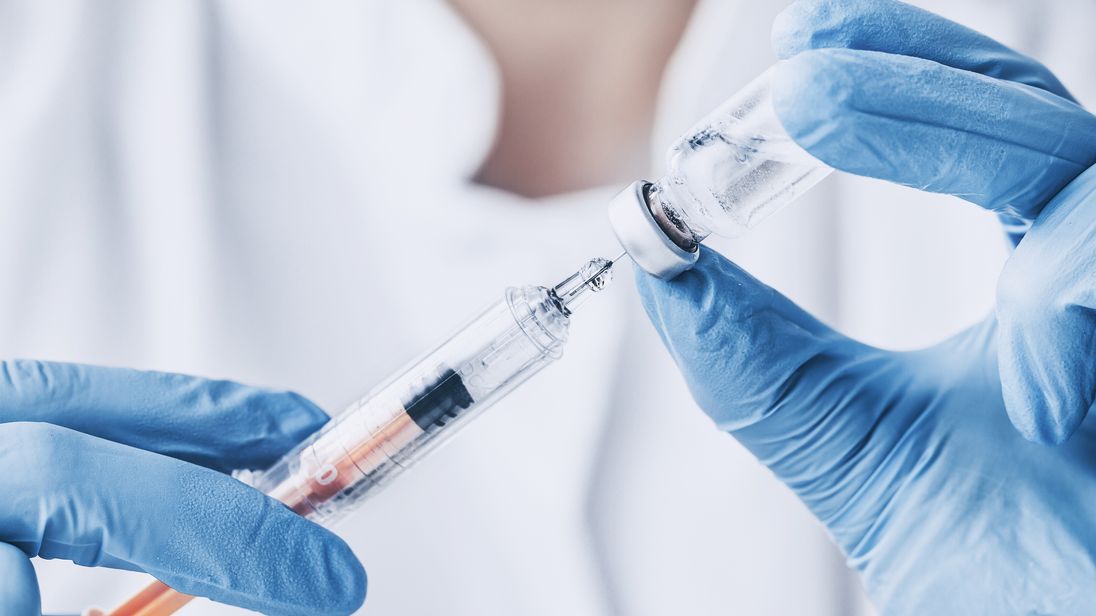 NHS hospitals are preparing for shortages of medicines and staff, and to cancel or postpone operations in the event of a no-deal Brexit, a Sky News review of preparations has found.

Freedom of Information disclosures and board papers published by more than 130 acute trusts in England reveal one hospital is considering increasing security at its pharmacy because of fears of break-ins, and another concerned about an exodus of Spanish nurses.

The papers reveal widespread concern over the availability of medicines if the UK leaves the EU without a deal, and anxiety that hospital trusts have not had enough information from the Department of Health and NHS England to plan appropriately.

Meanwhile the pharmaceutical industry has told Sky News the government should act to prevent medicine stockpiles being depleted by middle-men cashing in on a fall in the pound by selling no-deal supplies to European distributors.

The Department of Health and Social Care has been leading planning for no deal for months and this week published new detail on the extent of stockpiling and plans to ensure import routes for medicines remain open.

Health Secretary Matt Hancock said that “if everyone does what they are supposed to” he is confident that supply will remain uninterrupted.

The board papers however reveal that his confidence is not shared by hospitals, who have a range of concerns over the impact of no deal.

Fears over the continuity of medicine supply is a repeating theme. Stockpiles are being co-ordinated centrally, with hospitals, pharmacies sand patients expressly warned not to keep their own additional supplies.

This lack of local control however is leaving some trusts uncertain about their ability to treat patients and plan in the medium term.

Sandwell & West Birmingham Trust‘s board papers describe medicine supply as “our greatest risk” and warned that if it does not have more detail on stockpiling arrangements this week it may have to cancel procedures.

“We would consider that we need to examine what work will need to be discontinued,” the board heard.

London North West University Healthcare Trust said it is considering extra security at its pharmacy because of an “increased risk of burglary” prompted by medicine shortages.

The Dudley Group NHS Foundation Trust said it may have to scale back some areas including elective operations and outpatient appointments.

“In the event of a no-deal EU exit adversely affecting supply chains it may be necessary for the trust to consider prioritisation of key services and cancellation of non-critical services,” it said.

Availability and regulation of staff is another common area of concern.

Lancashire Teaching Hospitals NHS Foundation Trust said it was unclear whether General Medical Council registration would still be applicable to European doctors post-Brexit, and that its greatest risk was staff shortages in non-clinical roles.

“A no deal scenario could create a shortage of workers in lower skilled roles in particular; this includes domestics and catering staff, which it is anticipated as our biggest risk.”

Bolton NHS Foundation Trust said it was preparing for a significant loss of Spanish nurses.

Epsom and St Helier University Hospitals NHS Trust meanwhile said that it could be affected by external impacts, such as a shortage of social care staff.

“There may be a reduction in the amount of services available which in turn may affect the Trust’s ability to discharge patients.”

Yeovil District Hospital NHS Foundation Trust meanwhile said even the act of preparing for no deal came at a cost.

“It is currently difficult to estimate the possible increase in direct costs relating to the no-deal Brexit decisions,” its board heard. “What is clear is that a high amount of indirect costs from staff time across YDH and SSL is being used to review and action DOH requirements to plan for resilience should there be a no-deal vote.

Not all hospitals shared these concerns.

Gloucestershire Hospitals NHS Foundation Trust‘s February board papers did not identify any significant risk “because the Trust is not heavily reliant on the EU workforce, suppliers or other cross-border arrangements”.

They also said they were reassured by the national stockpiling plans.

The Christie Hospital in Manchester, a specialist cancer centre, identified the supply of radioactive isotopes as an area of concern but expressed confidence in contingency plans.

The chief executive of the Association of British Pharmaceutical Industries said despite extensive preparation his members had concerns over the potential impact of a fall in the pound on medicine stockpiles.

“We’ve built all these stockpiles. Now we need to make sure that if in the next month the pound should collapse, that middle men don’t sell those stockpiles to people on the continent to make some money.

“It’s really important the government puts a ban out on export of medicines to make sure that those we’ve got for British patients can stay and be used for British patents.”

Under EU single market rules wholesalers cannot currently be stopped from selling to European buyers, who would enjoy a discount if the pound slips significantly.

Mr Thompson said he believes there is a precedent for the government to step in, set when the Greek authorities intervened to protect drug supplies during the Eurozone crisis.

A Department of Health and Social Care spokesperson said: “Leaving the EU with a deal remains the government’s top priority. This has not changed.

“However, a responsible government must plan for every eventuality, including a no-deal scenario – that’s why we’ve been working closely with the health and care system to ensure it is as prepared as possible.

“We are confident that, if everyone – including suppliers, freight companies, international partners, and the health and care system – does what they need to do, the supply of medicines and medical products should be uninterrupted in the event of exiting the EU without a deal.”

Theresa May to MPs: Do your duty and back my Brexit deal | Politics News