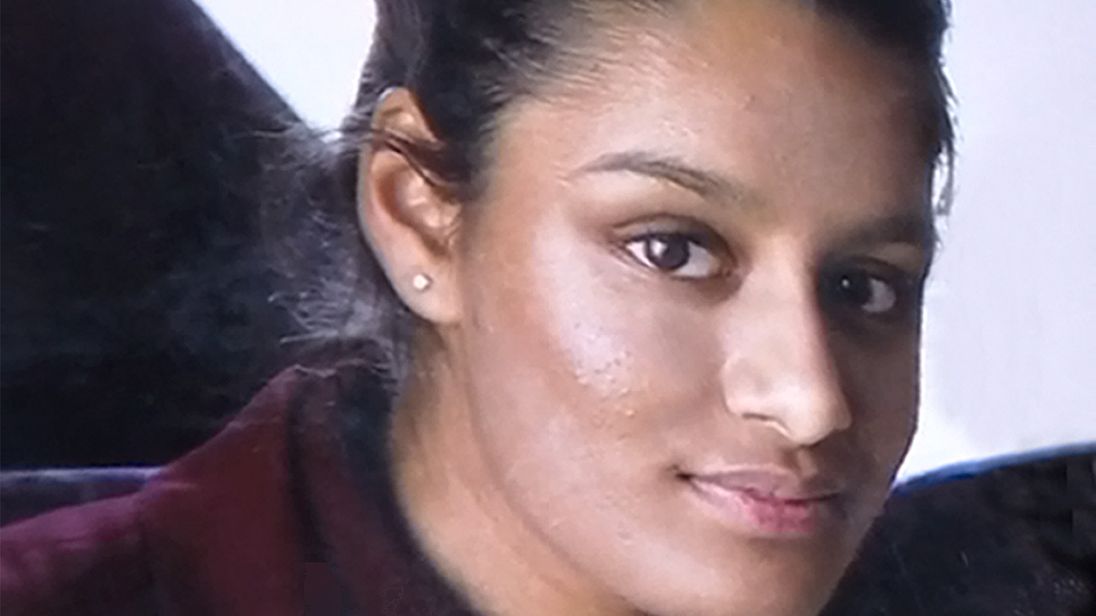 The family of IS bride Shamima Begum say they are “shocked” by her comments to a newspaper and want the UK government to help bring her home.

Pregnant Shamima Begum was a 15-year-old schoolgirl when she fled Britain and joined Islamic State in Syria.

Now aged 19, she has told British media she does not regret leaving the UK.

In a statement, her family said: “We, the family of Shamima Begum, have taken a few days to process all that has happened in the past years, and indeed in the last 72 hours.

“The news that Shamima is alive and well has come as a shock to the entire family.

“We had lost all hope of ever seeing her again. We are relieved to know that she has been able to escape from IS territory. This in itself was a huge risk because if she had been caught that would have meant imprisonment and death at the hands of ISIS.

“We like everyone else were utterly shocked by what we heard Shamima say in her interview with The Times. But to us, those are the words of a girl who was groomed at the age of 15; we are also mindful that Shamima is currently in a camp surrounded by IS sympathisers and any comments by her could lead directly to danger to her and her child.

“Given Shamima’s four-year ordeal, we are concerned that her mental health has been affected by everything that she has seen and endured.”

They added: “Now, we are faced with the situation of knowing that Shamima’s two young children have died – children that we will never come to know as a family. This is the hardest of news to bear. The welfare of Shamima’s unborn baby is of paramount concern to our family, and we will do everything within our power to protect that baby who is entirely blameless in these events.

“As a British citizen, Shamima has every expectation to be returned to the UK and be dealt with under the British justice system. Shamima’s child who will also be British has every right as a total innocent to have the chance to grow up in the peace and security of his home.

“We welcome an investigation in what she did while she was there under the principles of British justice and would request the British government assist us in returning Shamima and her child to the UK as a matter of urgency.”