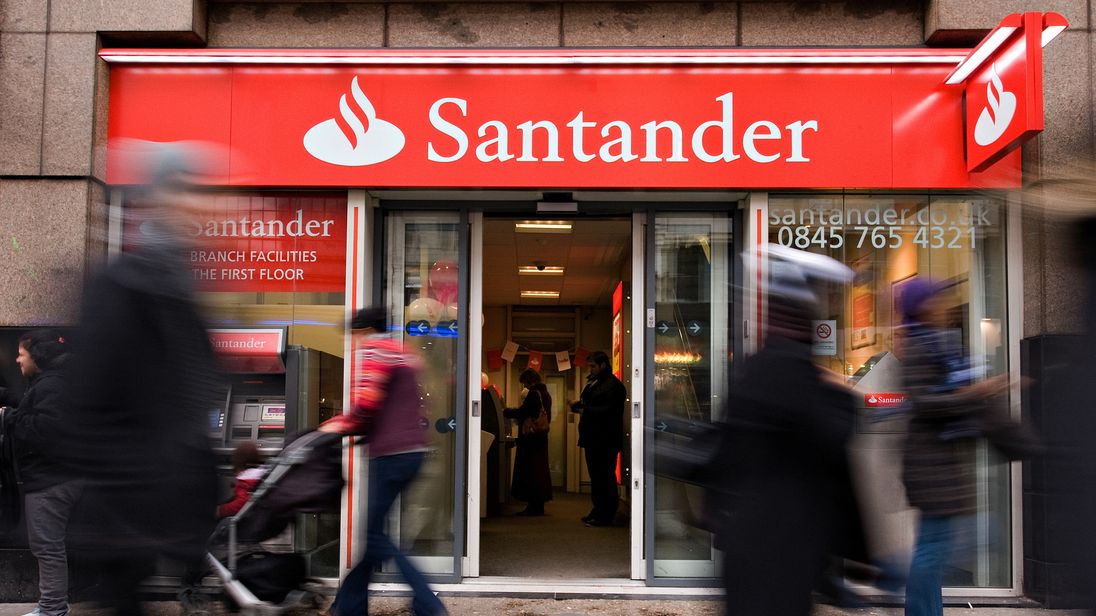 Santander has been fined more than £30m for “serious failings” in processing the accounts of dead customers, the Financial Conduct Authority (FCA) says.

The FCA found that Santander failed to transfer funds worth more than £183 million to beneficiaries.

Santander, who were fined £32,817,800, also did not disclose information about the issues to the FCA after it became aware of them.

A total of 40,428 customers were directly affected.

“These failings took too long to be identified and then far too long to be fixed,” Mark Steward, executive director of enforcement and market oversight at the FCA, said.

He said that once the company’s board and senior management found out, the problems “were fixed properly and promptly”.

Mr Steward added: “But recognition of the problem took too long. Firms must be able to identify and respond to problems more quickly especially when they are causing harm to customers.

“The FCA will continue to be on the lookout for firms with poor systems and controls and will take action to deter such failings to ensure customers are properly protected.”

The FCA say the bank’s probate and bereavement processes had a limited ability to identify all the funds it held of a dead customer’s estate and suffered from failings to follow-up with representatives of the dead customer, which increased the likelihood of the cases not being closed

It also said there was ineffective monitoring of open cases to determine if they should be closed. This means a dead customer’s case would remain incomplete and funds would not be transferred to those who were entitled to them.

Additionally, some funds belonging to dead customers would not be identified and transferred to those who were entitled to it. These people would have been unaware the funds existed.

Santander say it has completed a “comprehensive tracing exercise” and has transferred the majority of funds in deceased customers’ accounts to their rightful beneficiaries.

The bank has also added compensatory interest where appropriate.

It is not known how much money is left to be transferred.

The bank said it has conducted a thorough review of its probate and bereavement processes and made a number of changes.