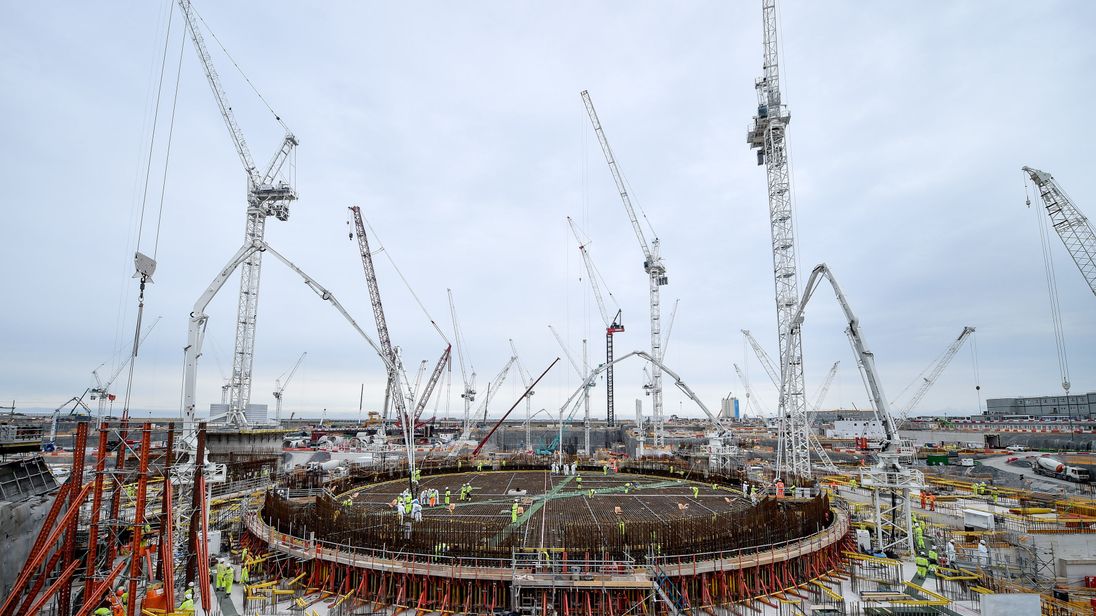 A French-led consortium is in advanced talks to buy a big chunk of Rolls-Royce‎ Holdings’ civil nuclear operations as part of a deal that will continue the transformation of one of Britain’s most important industrial  groups.

Sky News has learnt that Framatome, ‎which is majority-owned by the French energy group EDF, is close to sealing a deal to buy Rolls-Royce’s international instrumentation and control (I&C) division.

City sources said an announcement was likely in the coming weeks.

If completed, the deal, which is likely to be worth around £100m, would hand control of a business supplying more than half of the world’s nuclear reactors to Framatome.

The EDF-led company is also part-owned by Japan’s Mitsubishi‎ and Assystem, another French business.

Rolls-Royce is pursuing parallel talks to sell the rest of its international civil nuclear operations to a US-based private equity firm, sources said on Tuesday.

That division, which is based in the US but supplies customers around the world, is focused on services such as the provision of data analytics tools to nuclear power stations.

News of the negotiations over a sale emerged on the same day that Wood, the UK-based energy services group, said‎ it was selling its nuclear business to US-based infrastructure giant Jacobs.

People close to the process emphasised that the review being undertaken by Rolls-Royce did not include its UK-based civil nuclear operations.

The UK business is involved in a string of sensitive projects such as the UK’s nuclear new-build programme and the prospective development of small nuclear reactors for commercial use.

In total, the sale of the two parts of the civil nuclear unit to Framatome and the US private equity investor are expected to command a price tag of approximately £200m.

The valuation is small in the context of Rolls-Royce’s market capitalisation of more than £14bn.

Nevertheless, if the disposals complete, they would mark another milestone in chief executive Warren East’s reshaping of the engineering giant.

Mr East, who took the helm in ‎2015, has fought an intense battle to transform the company’s financial and operating performance.

It has been forced into a major programme to compensate airline customers affected by problems with its Trent 1000 engine.

The company also said recently that it had spent £100m on preparations for a no-deal Brexit, largely on building additional inventory and logistical arrangements.

Shares in Rolls-Royce closed on Tuesday up 0.8% at 769p, although they have fallen by nearly a quarter during the last year.