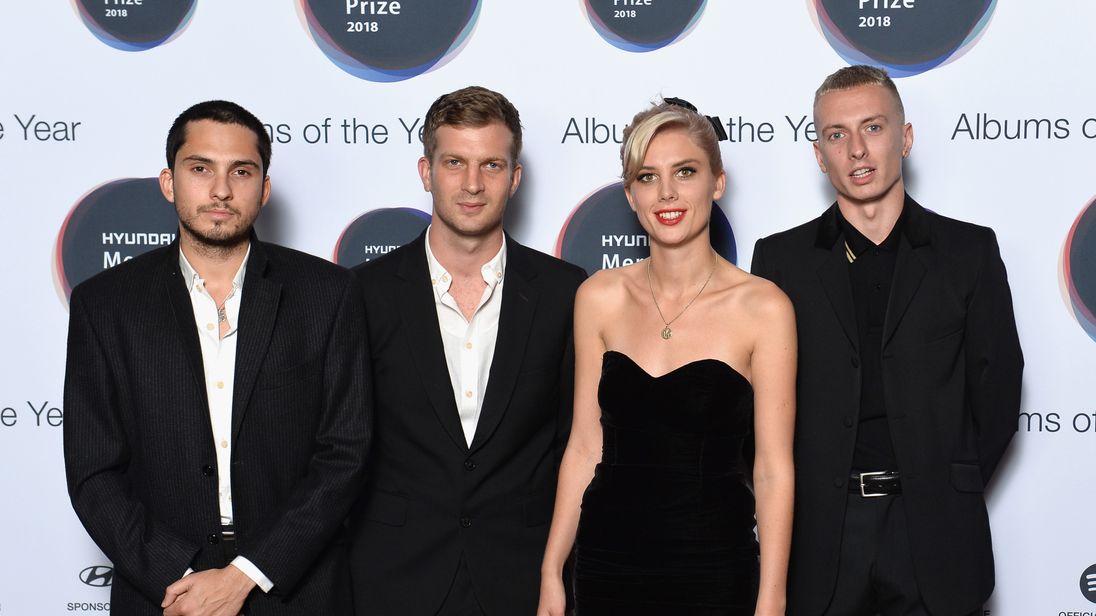 Rock band Wolf Alice have pipped the likes of Arctic Monkeys, Florence + The Machine and Lily Allen to win the 2018 Mercury Prize.

The group looked stunned as they made their way to the stage to collect the award, which they claimed for the critically acclaimed album Visions Of A Life.

Singer Ellie Roswell said it “means so much to pick this up with my three best friends” – bandmates Joel Amey, Thei Ellis and Joff Oddie.

Ellis added: “When we first started as a band, we walked into a meeting and a geezer said ‘You don’t look like a band at all’. He also said he didn’t want to work with women who wore make up.

“I can’t believe it, big up everyone who was nominated, this means the world, thank you so much.

“Has anyone got a Jagerbomb?”