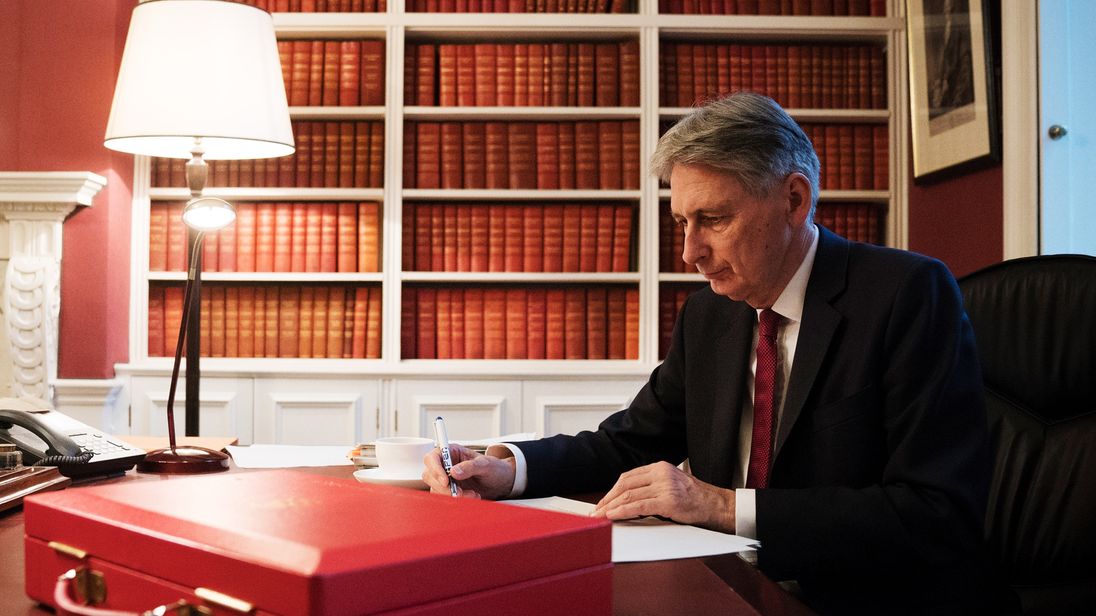 Government borrowing rose unexpectedly last month – prompting experts to suggest the Chancellor may struggle to meet improved fiscal forecasts that have given him room to ease austerity.

Public sector borrowing – the shortfall between the Government’s revenues and spending – was £8.8bn in October.

That was up from £7.2bn in the same month a year ago, the Office for National Statistics (ONS) said – compared to a reading of just over £6bn expected by economists.

It was the biggest October shortfall for three years, with growth in tax receipts outstripped by the Treasury’s rising outlay on goods and services, social benefits and debt interest payments.

The latest shortfall leaves borrowing for the financial year to date at £26.7bn.

That is almost 30% down on the previous year and the lowest at this stage of the fiscal calendar since 2005.

But it means borrowing for the seven months from the start of April is already above the £25.5bn level targeted by the Office for Budget for Responsibility (OBR) for the whole of 2018/19.

To meet that target, Britain would need to record a budget surplus for the last five months of the financial year.

The OBR last month set out a lower target for borrowing as it forecast an improved picture for the public sector finances.

That allowed Philip Hammond to ease spending controls in a Budget that was billed as the end of austerity.

But it was described as a “bit of a gamble” by the Institute for Fiscal Studies, which argued that the UK could face higher borrowing and a rise in the debt mountain should the outlook deteriorate.

Responding to the latest figures, Howard Archer, chief economic advisor to the EY ITEM Club, said: “October’s weakened performance suggests that the Chancellor may struggle to hit the sharply reduced 2018/19 budget deficit of £25.5bn projected by the OBR.

“Much will depend on how well the economy holds up over the coming months, particularly given current heightened uncertainties over whether there will be a Brexit deal.”

Samuel Tombs, chief UK economist a Pantheon Macroeconomics, said it was “too soon to conclude that the Chancellor is set to miss the forecasts laid out in last month’s Budget”.

But he said if year-to-date trends persist, full-year borrowing was on course to total just over £28bn, nearly £3bn more than the OBR’s forecast.

The fraudsters who took advantage of Grenfell

‘Women are put off politics because the system nationally is bonkers’