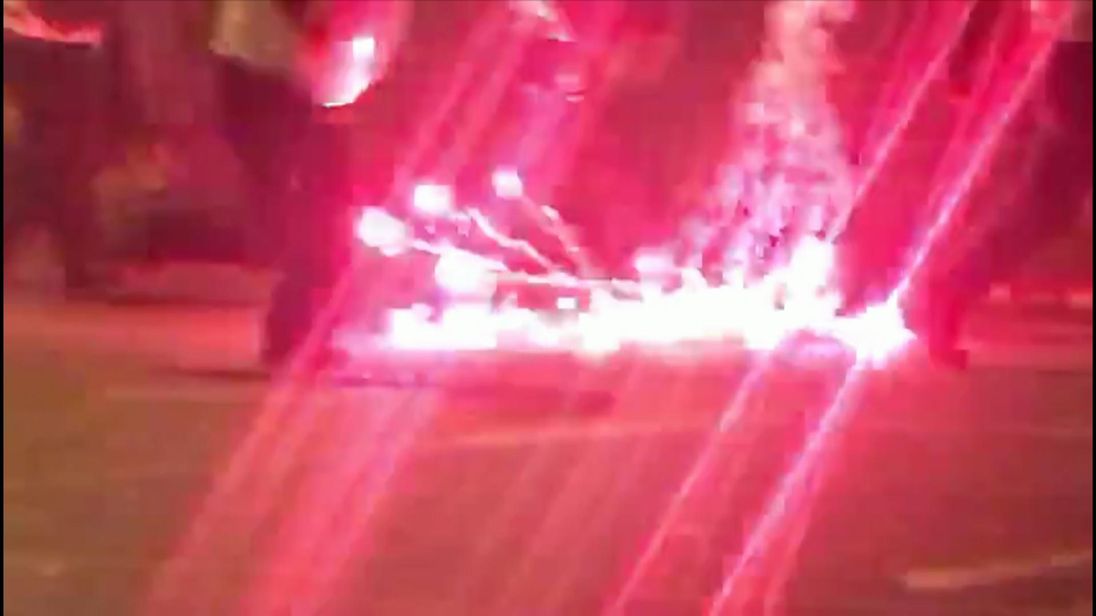 Riot police have been pelted with fireworks after responding to reports of antisocial behaviour in the Harehills Road area of Leeds.

Groups of youths were said to be throwing fireworks and setting bins alight.

Officers in riot gear were sent to contain the trouble. Several people have been arrested and although no-one was hurt in the incident, several police vehicles were damaged.

West Yorkshire Police, Chief Superintendent Damien Miller said: “In conjunction with our partner agencies, we have prepared for all possible eventualities over the bonfire period.

“We made it clear from the outset that any instances of disorder or antisocial behaviour would not be tolerated and we were able to quickly respond.

“Those individuals that engage in such behaviour are within the minority and do not represent the wider community.

“We will continue to provide reassurance in the local area with high visibility patrols.”

Anyone with information as to those responsible is asked to contact the non-emergency number 101 quoting reference 1932 of 05/11.