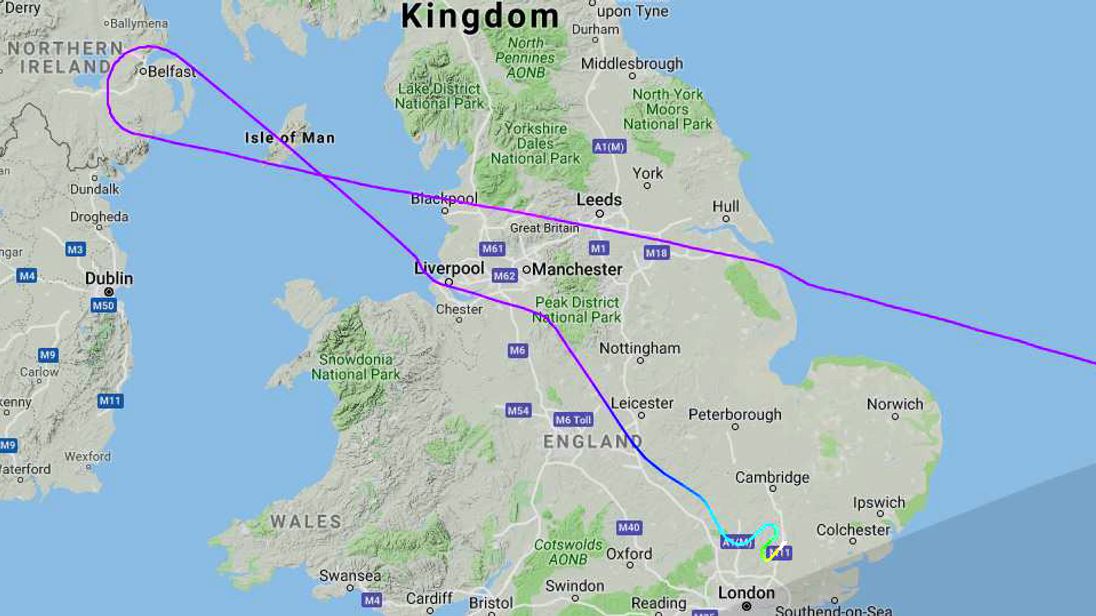 An RAF typhoon has been scrambled to escort a passenger plane to London after a security alert.

The Air India flight, which was en route from Mumbai to Newark Airport in New Jersey, was forced to make a “precautionary landing” at Stansted airport due to the alert, the carrier said.

The Ministry of Defence confirmed it had launched a typhoon aircraft at supersonic speed to escort the plane to land.

It said: “The aircraft was safely escorted to Stansted airport.”

Stansted airport said it had reopened its runway after a temporary closure.

“We are sorry for any disruption caused by the incident and would like to thank you for your patience,” the airport said on Twitter.