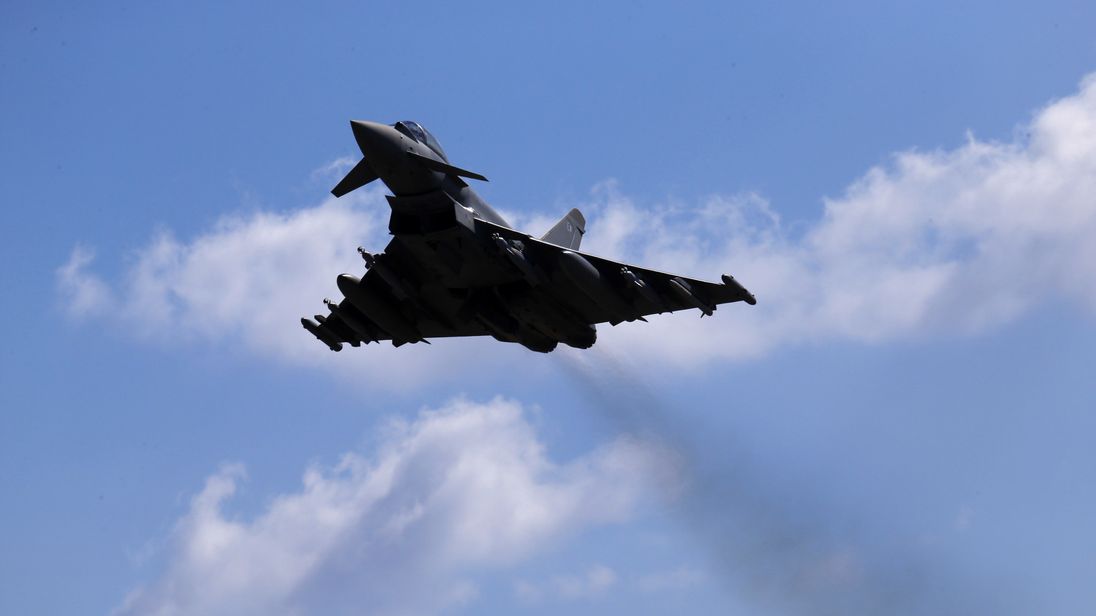 British fighter jets have been scrambled after to intercept Russian military aircraft which had flown near UK airspace.

The Ministry of Defence confirmed that Typhoon fighters were launched on Wednesday in response to the incident.

A spokesman said: “Typhoon fighters were scrambled today as a precautionary measure against a potential incursion into UK area of interest by one or more unidentified aircraft.

“At no time was there a threat to UK airspace.”

Britain’s Minister for Armed Forces, Mark Lancaster, warned in a speech in July of “an ever more assertive Russia”.

He said the RAF has had to scramble jets more than 80 times over the last decade to intercept Russian military aircraft.

In September two RAF planes were sent to the coast off Newcastle after long-range bomber Russian Blackjets passed through “a variety of international airspace”.

“We will not hesitate to continually defend our skies from acts of aggression. Once again the rapid reactions of our RAF have demonstrated how vital our armed forces are in protecting Britain.”

In August a pair of RAF fighter jets were scrambled from southeast Romania to the Black Sea to head off two Russian aircraft which were believed to be Su-30 fighters.

Tensions between the UK and Russia have been rising in recent years, and worsened after the poisoning of former spy Sergei Skripal in Salisbury in March.